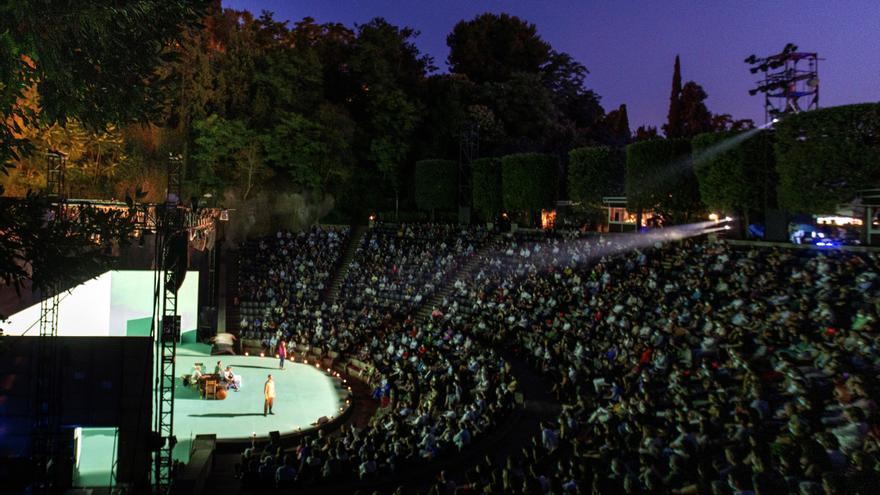 “Barcelona needs a sense of normality, we have tried to give it to them and I think we have succeeded,” said its director, Cesc Casadesús, at the balance press conference this Friday.

A feeling “difficult to achieve”, he has recognized, in the middle of the fifth wave of the pandemic, with an initial capacity limitation of 50% that, with the festival already started, went to 70% and with mobility problems that have affected hiring of international artists.

Despite the difficulties, Casadesús has been satisfied that “only two works had to be canceled due to covid-19”.

Three other performances have been suspended and four shows postponed to autumn, but “in general all the artists and workers of the Grec have made an effort to resolve the difficulties” and the viewer could enjoy the maximum number of proposals this year.

To compensate for capacity limitations, Grec Festival has increased the number of exhibition spaces, functions and dates “to achieve an exceptional year, both due to the quality of the proposals and the exceptional nature of the situation imposed by the pandemic.”

In total, 15 shows have sold out all the venues, including those of Rodrigo Cuevas, Omara Portuondo, Sílvia Pérez Cruz, Peter Brook and Angélica Liddell.

The average occupancy of the Grec Montjuïc, which is directly managed by the Grec Festival, has been 83% and that of the Grec Ciutat, which promotes together with the Barcelona venues, 66%, figures “very good, if we take into account that half festival we had to change the capacity limits “and put on sale tickets that until then were not available.

The director of Cultural Programs of the Barcelona City Council, Esteve Caramés, has congratulated the director of the Grec for the work carried out during these years of pandemic and has confirmed that he will continue in office for two more years.

Casadesús, which during the last five years has scheduled as many editions of the Grec with the five continents as thematic axis, has announced that, after this 2021 dedicated to Africa, the Grec will return to Europe.

“At a time when there is strong questioning about what Europe is, I propose a diptych in which artists from both the Old Continent and other latitudes offer us their vision of Europe,” he clarified.

“It is as much about reviewing the past and the founding texts of Europe as it is about looking to the future and getting artists from the new generations to come to Barcelona who have never or only recently come to Barcelona”, he added.

In his opinion, “it is important that exceptional and singular proposals reach Barcelona and break the isolation that the city has had with respect to international theater.”

Casadesús trusts that the epidemiological situation will allow the Grec programming team to travel again to look for proposals “because programming without traveling, watching videos that they send you”, as it has had to do this year “is a limitation”.

Caramés has underlined the City Council’s interest in making the festival grow, but has clarified that “in these difficult times” it cannot increase its contribution, so it is working to “weave alliances and create complicities” with other administrations and festivals.