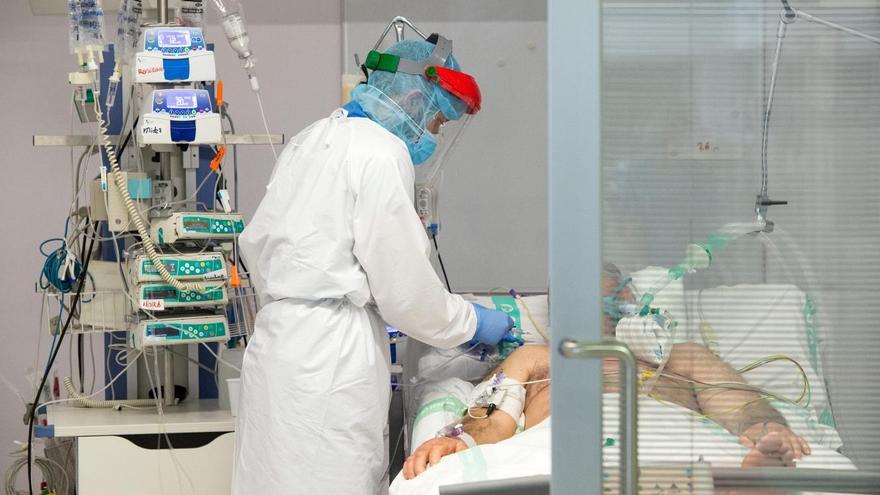 The greatest risk of coronavirus infection in a hospital can occur in areas that are not directly exposed to infected patients. A study based on the measurement of the air inside the Son Espases hospital (Mallorca) and published in the magazine Environmental Research has yielded a surprising result: the RNA of the virus is present outside the rooms of the infected and, in addition, the concentration is higher in the corridors than inside.

After this finding, researchers from the Institute for Environmental Diagnosis and Water Studies (IDAEA-CSIC) warn that it is urgent to improve ventilation in these common areas of the COVID-19 wings of hospitals and remind that it is important that staff are protected also outside the rooms to avoid nosocomial infection in the toilets.

“The level of protection of the toilets inside the rooms is usually higher than that of the corridors because theoretically there was nothing in them, but we have seen that there is”, explains one of the authors, Joan Grimalt, in conversation with elDiario.es.

The researcher admits that the team did not expect the results they obtained after taking daily samples in various areas between November 2020 and January 2021. They measured the RNA concentration of the SARS-CoV-2 virus through an air leak in the rooms of COVID-19 patients and adjacent hallways; the environment of the ICU, the corridors attached to rooms without coronavirus patients and the outdoor terrace. They then quantified it using a technique called PDR.

According to the results, virus RNA was found in 100% of the samples, but the amount was much higher in the corridors than in the rooms. 4,400 copies per cubic meter versus 2,600. This is because the rooms have an individual ventilation system while the corridors have a window only every four rooms.

In the case of the outdoor terrace and the corridors of the rooms with uninfected patients, SARS-CoV-2 was detected in 25% and 50% of the samples, respectively, although in a very low concentration. In the ICU settings of COVID-19 patients, the presence of SARS-CoV-2 is also much less due to the intubation of patients.

Grimalt clarifies that “finding RNA of the virus does not necessarily imply that one can be infected.” “To measure if the virus is active, you have to do a culture and that was to kill a fly with cannon shots because it implied taking it to a special laboratory. There are only three or four in Spain and we consider that there are many other emergencies before entertaining in this”, justifies.

The study included two other hospitals in the field work “but finally they backed down”, reveals the research team. Although this is one of the weaknesses of the research, the researcher emphasizes that Son Espases is a “new and modern hospital” that can function as a representation of many others. “Son Espases has been the bravest because he has taken the bull by the horns, he has set his goal and studied it. On the other hand, others did not want to,” he emphasizes.

The first evidence that SARS-CoV-2 was transmitted by aerosols occurred in the summer of 2020, four months after the outbreak of the pandemic in Spain. At first the World Health Organization mistakenly identified that the main routes of contagion were thick droplets and surfaces (through fomites). “That was misinformation. Aerosols are smaller balls of saliva, so they no longer behave like a projectile and fall to the ground, but are like tobacco smoke. Aerosols infect when breathed in, by inhalation, especially“, pointed out in this interview José Luis Jiménez Palacios, one of the most recognized researchers in the world in the field of study of aerosols.