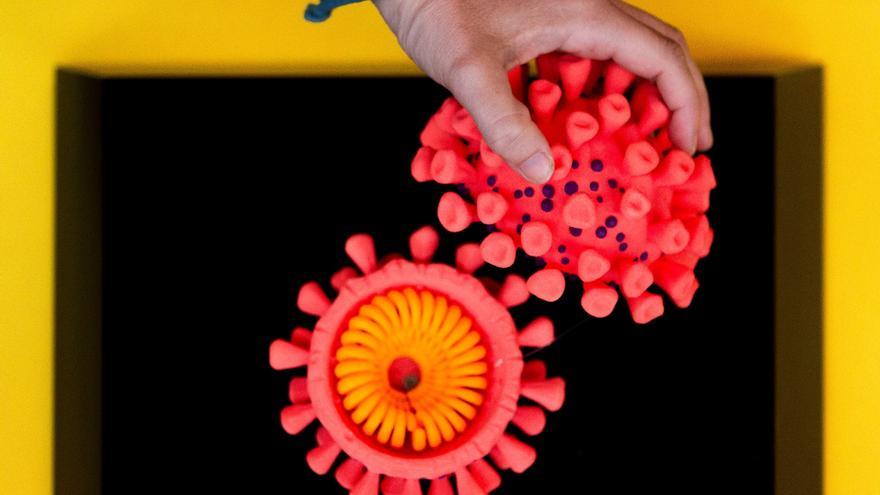 Terrassa (Barcelona), March 24 (EFE) .- A disinfection car-stove from the early twentieth century, an iron lung from 1958 and an automatic respirator from 1960 are some of the historical objects for the treatment of epidemics that can be See from today on the exhibition "Epidemics and pandemics. The invisible enemy".

An exhibition that can be visited until December 31 at the National Museum of Science and Technology of Catalonia in Terrassa and that collects the great sanitary plagues that humanity has suffered from a historical, scientific and social perspective.

The exhibition explains the concepts of outbreak, epidemic and pandemic or the relationships of the different living organisms and analyzes the great epidemics that humanity has suffered and, specifically, those experienced in Catalonia.

"Epidemics and pandemics. The invisible enemy" begins with an explanation of the relationships (indifferent, beneficial or infectious) between human beings and organisms such as bacteria or viruses.

A section of the exhibition presents the concepts of an outbreak (initial manifestation of a disease that affects a small group and to a small extent such as food poisoning), epidemic (infectious disease that appears in a population and exceeds the time considered normal, rabies for example) and pandemic (epidemic that affects at least two continents and is caused by community transmission).

Smallpox is one of the first known pandemics, as this virus began to act in the second century BC and until its complete eradication in 1980, it left approximately 300 million deaths worldwide.

But one of the best-known pandemics around the world is the Black Death, which originated in the 6th century and reduced the world's population by 60%.

At the end of the 18th century, medicine progressed and diversified very rapidly. "Epidemics and pandemics. The invisible enemy" exposes material from the laboratory of Dr. Jaume. Ferran, who was a pioneer in the development of the cholera vaccine.

The exhibition also dedicates a section to the evolution of public health and personal hygiene, which were and continue to be key in the transmission, detection and treatment of epidemics and pandemics.

In this section you will find the disinfection trolley-stove from the early 20th century that sterilized clothes and objects, El Hierro lung from 1958 that was used mainly in polio patients and the Egnström automatic respirator from 1960 for patients with severe breathing difficulties .

"Pandemics and epidemics have always existed, although unfortunately we have had to experience them in the first person instead of learning from them through science, literature and cinema," said the director of the Museum, Jaume Perarnau.

"For this reason, in the exhibition we explain how they are treated, how they are investigated, what remedies are sought and what treatments have always been used and currently", Perarnau added.