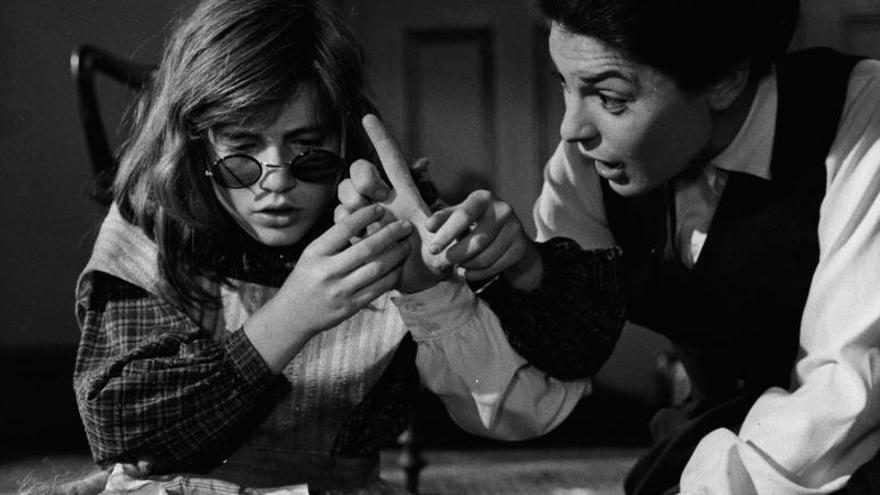 Although it is more than likely that it will go unnoticed, like so many ephemeris of profound intellectual significance that are hidden in the fog of oblivion, this year will mark the centenary of the birth of Arthur Penn (Philadelphia, 1922-New York, 2010), one of the Hollywood directors most praised by European critics -not so much by American critics and even less so by the industry- in the 1960s and 70s, who represented like no one else the trend of auteur cinema that sprang up in Hollywood at the time, whose scant but energetic and audacious filmography continues to shine with its own light thanks to the absolute validity of films as out of the norm in the industrial context of the time as The Left-Handed Gun (1957), The Miracle of Ana Sullivan (The Miracle Worker, 1962), The Human Pack (The Chase, 1965), Bonnie & Clyde (Bonnie & Clyde, 1967), Little Big Man (Little Big Man, 1970), Night Moves (Night Moves, 1975) or Missouri (Missouri Breaks , 1976) where it is shown in t In all its crudeness, the continued exercise of violence as the structural basis of a society infected by racial hatred, financial greed and social marginalization.

A relevant member of the so-called "television generation" along with other emerging figures of young post-war American cinema, such as Delbert Mann, John Frankenheimer, Sidney Lumet, Martin Ritt, Ralph Nelson or Robert Mulligan, Penn became, from his debut in 1957 with El zurdo, and after years of activity in the world of theater and television, he became the champion of a new cinematographic tendency with a progressive matrix that would generate works of critical lucidity in Twelve Angry Men (1957). ), Where the city ends (Edge oh the City, 1957), The young savages (The Young Savages, 1961), Requiem for a champion (Requiem for a Heavyweight, 1961), The best man (The Best Man, 1964), Days of wine and roses (Days of Wine and Roses, 1962), Matar a un ruiseñor (To Kill a Mockingbird, 1962) or The legend of the indomitable (Cool Hand Luke, 1967), directed, for the most part, by long-time filmmakers. experience during the Golden Age of North American Television a and with full awareness of the Copernician turn that American cinema would experience after its firm establishment on the big Hollywood sets.

Above, stills from 'The Human Pack' and 'The Miracle of Anne Sullivan'; and below, stills from 'Bonnie & Clyde' and 'Little Big Man'. | | LP/DLP

Well, in El zurdo, his debut film, inspired by Gore Vidal's play The Death of Billy the Kid, and unlike other films that focus more or less faithfully on the same events described by Vidal (Billy the Kid , made in 1930 by King Vidor or Pat Garrett and Billy the Kid, made by Sam Peckinpah in 1973), Penn intends to demystify the legend that surrounded the life and death of outlaw William Body, alias Billy the Kid, presenting his protagonist, incarnated by a very young Paul Newman, as a rebellious and maladjusted being, forced despite himself to immerse himself deeply in the world of crime as the only escape from a life suffocated by maladjustment and wandering.

Years later he would resume his attempt to demystify history, in this case, that of the conquest of the West, through one of his most famous and emblematic films Little Big Man, based on the homonymous novel by Thomas Berger and played by a Dustin Hoffman in full power with an indelible memory of Faye Dunaway. In his almost two and a half hours of footage, where not a single one of his majestic shots is left over, the director does not deprive us of the slightest detail about historical events as abhorrent as those that preceded the mythical battle of Little Big Horn with the setting in the pillory of the controversial George Armstrong Custer, questioned as a paradigm of the most rancid and reactionary values ​​of ultra-conservative America, the one that provokes so much longing and patriotic fervor among Donald Trump fans today. The photography by the great Harry Stradling is the icing on the cake of this atypical and enveloping western that served as a recycled model for a genre with a future despite its battered career as a reference par excellence for the most simplistic and conventional cinema in thousands of titles.

The Miracle of Ana Sullivan, her second feature film, produced four years after Lefty and inspired by the play William Gibson, is a melodrama of unusual intensity, which has always enjoyed a well-deserved popular reputation, although there have been voices that have often questioned the work of its director in this regard. As Penn himself confessed to the prestigious French magazine Positif, on the occasion of the premiere of his film, «there is nothing sentimental or comforting in the treatment of the film despite the fact that it is a subject that invites softness. I think the emotional effect of the film is as raw as it is strong and sobering."

Its staging, supported by the refined photographic work of Ernest Caparrós, and the superlative performance of Anne Bancroft as Annie Sullivan, awarded that year with the Oscar and the Silver Shell at the San Sebastian Festival, and the young Patty Duke, also an Oscar winner, turn this splendid melodrama into a methodical exercise in psychological introspection that seamlessly appeals to the viewer's emotionality.

Six years after Little Big Man, Penn would revisit the stormy paths of the western based on an original script by Thomas McGuane and with a cast headed by two of the most popular stars of the moment: Marlon Brando and Jack Nicholson. In Missouri, entirely produced by United Artists, Penn does not hesitate to show us that the structures of North American society have always been established on the basis of the law of the strongest, forming a vigorous plea against these structures and against the consequences they cause in a rural environment where social order is conspicuous by its clamorous absence. Relying on archetypal figures, he transposes them so that they reveal power relations that are constantly in force in contemporary North American society.

The same thing he does in the magisterial The Human Pack, most of whose characters live under the protection of an unwritten law that places them in a situation of predominance that will allow them to act with impunity against those who do not follow the sinister guidelines drawn from their clear position of power. . The film, produced by Sam Spiegel for Columbia from a superb script by Lilian Hellman inspired by the novel of the same name by Horton Foote, insists on the idea of ​​society that Penn has been developing throughout his career, showing the unbreathable climate of tension caused by a handful of characters with a strong social prestige in a small town in the South and the impossibility of the sheriff to impose the law among those who systematically violate it for supporting their dark and unhealthy dealings.

What the director proposes in this film is the portrait of a society dominated by boredom, imbalance and weariness, which is preparing for the announced return of a foreign body that it rejects -Bobby, a young man escaped from prison-, and that provokes restlessness and fears, outbreaks of hysteria first and violence later and, finally, the expiatory murder of the element considered undesirable. A plot of social denunciation supported by a cast made up of stars of the stature of Marlon Brando, Jane Fonda, Robert Redford, Janice Rule, Robert Duvall or Angie Dickinson, which critics and historians place among the fifty most important feature films in history.

Similar consideration was given to the public and critics by the premiere of Bonnie & Clyde, an excellent production by Warren Beatty for Warner, belonging to a kind of saga of the well-known Depression of the 1930s, seen through the singular destiny of two famous young bandits, founders of a mythical gang of bank robbers.

Obviously, Bonnie & Clyde transmits various elements of reflection, more directly linked to the nature of its characters -historical as well as mythological- whose criminal trajectory counts, but also to the social context of the America of the Depression, reflected in this case through through small indirect brushstrokes, sometimes more significant than many leaden and rhetorical speeches that fill thousands of novels and movies on the subject. A more than reliable cast made up of Beatty himself, Gene Hackman, Faye Dunaway, Michael J. Pollard and Estelle Parsons adds more reasons to describe this unfading film as an undeniable reference of a crucial period for the aesthetic and ideological evolution of North American cinema.