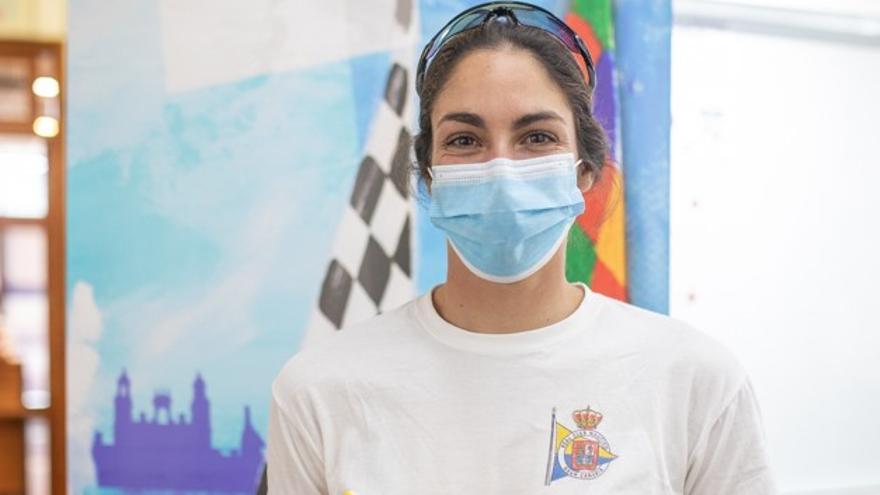 The sailor from Gran Canaria Martina Kingdom it has been proclaimed absolute champion of the VII Carnava Regattal, organized by the Royal Nautical Club of Gran Canaria (RCNGC), the entity has informed.

Despite difficult wind conditions unstable in direction and intensity, Kingdom grew in the two tests on Monday and took the lead from the French Marie Barrue. The Gran Canaria is also awarded the Canary Islands Championship, which ran parallel to this competition.

This seventh edition of the Carnival Regatta with the ILCA class 6 and 4 as the only protagonists, had an outstanding international participation with 13 countries registered and a very high level, with athletes who rush their last months of pre-Olympic preparation in the waters of Gran Canaria.

Five regattas determined the general classification, since the last one was suspended due to the drastic drop in the wind. Even so, the participants enjoyed two full days, with days that ran from a constant north-northeast of 12 knots, to weaker winds, which forced them to demonstrate versatility and expand the possibilities of entering the podium in the two ILCA categories. competing.

Although at the beginning of the championship the titles of Bouwmeester, current world and European champion of ILCA 6, seemed an irrefutable business card, it was the French Marie Barrue who took the lead directing the first bars of the competition and leading the provisional at the end of a very good first day also for Spain, which managed to put five athletes in the top ten.

Bouwmeester did not win any regatta on this day, but he knew how to maintain a successful regularity that allowed him the second place on the podium, while the current number two in the world ranking, Vasileia Karachaliou, he slipped third when he won the last round.

Sunday’s day, with the last three scheduled races, woke up cloudier, which heralded a change in conditions with a weaker entry of pressure. Reino was very attentive to a more capricious race course that required a lot of concentration to get speed in the boats. The fact that the Dutch Bouwmeester was disqualified for an off-line and Marie Barrue made her worst result in the last race together with the suspension of the last race, helped Kingdom to conquer the podium of the general classification taking a considerable advantage to your rivals, Barrue and Karachaliou, second and third in the positions of honor, respectively. The Greek representative was tied on points with the double Olympic medal Bouwmeester, finally fourth.

On the other hand, we must highlight the performance of the Canarian sailors Rafael Lora, RCNG, with an impeccable championship despite his short experience in this category, which achieved a creditable fifth place overall; Alfonso Fernandez RCNT in seventh position and Carlota Sanchez, ninth, protagonist of a third memorable test.

The ILCA 4 category was absolute dominance of the sailors of the Real Club Náutico de Gran Canaria, since from the first bars of this nautical event they dominated the podium without dancing positions. Ernesto Suarez led in the two days, although Viktor Kateliev He was on the verge of giving him a scare as when he won the penultimate race he was tied for points in the general classification. Third and further afield, Nehuen Ambrosini. Ignacio Cantero Y Claudio Kruijtzer they completed the top five in this category, with a total of 25 participating vessels.

In the modality ILCA 6 Martina Reino of the RCNGC She also added to her victory in the Carnival Regatta the title of champion of the Canary Islands in the absolute and female category, while Isabel Hernandez (RCNGC) he did it in the U21. Rafael Lora RCNGC also takes two trophies: the second absolute place and the first men’s U19.

Ernesto Suarez, of the RCNGC, wins the Canary Islands Cup in ILCA4 and also the men’s U18 category, while Mar Betancor, from RCNA, get this category in the women’s division. Sailors Nehuen Ambrosini Y Ana Toubes, both from RCNGC, stand with the U16 male and female category trophy, respectively.