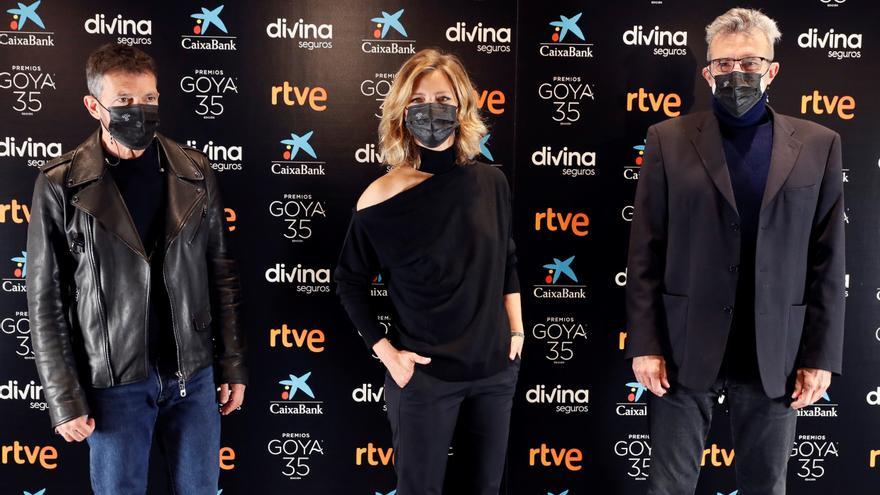 Madrid, Feb 2 (EFE) .- The gala of the 35th edition of the Goya Awards maintains its date of celebration on March 6 at the Soho Caixabank Theater in Malaga, but the nominees will attend electronically, not in person, as a measure in the face of the covid, the president of the Film Academy, Mariano Barroso, announced today.

The decision has been adopted today by the board of directors of the institution, with the agreement of Antonio Banderas and María Casado, who will direct and present the ceremony with a practically empty stalls and the participation, yes, of the “givers” of awards and musical performances by Vanesa Martín or Aitana, among others.

Another novelty, due to the evolution of the pandemic, is that the decision to have a secondary headquarters in the Palau de las Arts de Valencia, where two prizes were to be awarded on the occasion of the Berlanga Year commemoration, has been canceled, although the Valencian filmmaker will continue to have “an important presence” at the gala.

“Today the connection with Valencia is not going to take place”, Barroso assured at a press conference at the Film Academy, with all precautions in the face of a situation that changes every day with the new measures decreed by the authorities.

The forecast is maintained that Valencia will be the next Goya headquarters in 2022.

“This is what we face every day, but not us, the world, this is what there is,” said Antonio Banderas, “you have to know how to get through the cracks that reality leaves us, with courage and bravery and with all the delusion”.

If the Goya have always been “the party” of Spanish cinema and at the same time a television show, this year they will only be the latter.

The details on how the connection with the winners and the awards ceremony will be made are still being studied, but what he knows at the moment is that the “deliverers”, being a number of people “easier to handle”, will go up to the stage of the Soho Theater and they will also parade down a red carpet “very measured and very short”.

“We have to be realistic,” Banderas stressed, “it is going to be the covid gala,” but they have not wanted to stop expressing their appreciation to “all the people” in the world of cinema, especially in a year in which the Audiovisual fiction has played an important role in the lives of many during confinement.

Banderas himself suffered from the coronavirus last summer. They were “23 days of fever and pain,” he recalled and at the same time wanted to clarify that he was not infected in a theater but “at an outdoor dinner.”

“I would love for these Goya to be the starting gun for recovery, for Spanish cinema and for the pandemic,” said the protagonist of “Pain and glory” or “The mask of Zorro.” “We are all exhausted, we need to go back to kissing and hugging and seeing each other’s faces.”

On the content of the gala, María Casado has indicated that it does not vary. “It will be an elegant and sober gala because circumstances command and there will be a tribute and recognition to the world of cinema.”

The idea is that it be a “short” gala, of “two hours and little”, with an initial monologue of Banderas, musical numbers and surprise participations through video.

It will be broadcast live on TVE and the scheduled time is 10 pm. They have not considered modifying the time due to the curfew, since the organizers consider that they are personnel who are working, they insist that there will be no party and that all attendees will have PCR or antigen tests on the days previous.

“Adú”, by Salvador Calvo (13 nominations); “Akelarre”, by Pablo Agüero (9); “The girls”, by Pilar Palomero (9), and “Rosa’s wedding”, by Icíar Bollaín (8), lead the nominations for the 35th Goya awards. The Goya de Honor will be picked up in person by Ángela Molina.