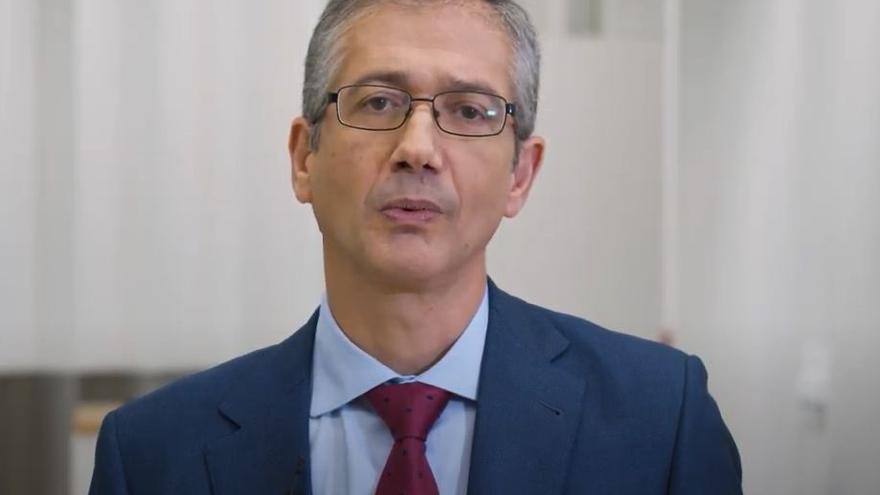 The governor of the Bank of Spain, Pablo Hernández de Cos, has urged financial and banking entities to account for and take into account the climatic risks of their activity. This was expressed in an interview published this Monday by the specialized medium Central Banking, where he points out that it is “absolutely crucial” for entities to be aware of these risks.

“Climate change is one of the main problems of global financial stability today. It is assumed that such risk, including physical and transition risk, could potentially affect the soundness of banks,” says the head of the Bank of Spain and member of the Governing Council of the European Central Bank. Precisely this body has advanced its intention to account for these risks in the next examinations that it carries out on the large European banks.

However, Hernández de Cos rejects that the European Central Bank should have a greater involvement in this field with measures such as linking its policies to the climatic risks of the system. The governor of the Bank of Spain understands that fiscal policy should be the main tool to reduce these risks in the economy. “Other authorities, including central banks, we can only complete these measures, they cannot replace them,” Hernández de Cos points out in the interview.

The governor of the Bank of Spain analyzes during this interview the decisions that the different authorities have taken during the shock plan against the pandemic. In this sense, it opens the door for the European Central Bank to expand its asset purchase program if the economic situation so requires. “We want to give a signal of efficiency, if the whole program is not necessary, we will not use it but if this is not the case, for whatever reason and we need to use it completely or even expand it, we are prepared to do so”, Hernández de Cos underlines.

The head of the Spanish financial supervisor advocates in the interview for maintaining an expansive and very active fiscal policy in Spain as the correct response to the coronavirus crisis to avoid permanent damage, in a context in which the Spanish economy has been more damaged in relative terms than other eurozone countries. The governor argues that the coronavirus crisis has had “a very profound effect” on the Spanish economy due, in part, to the fact that its productive structure is more skewed towards the sectors most affected by the crisis, as well as to some structural problems such as high level of temporary workers, which adds volatility to the labor market, or the large proportion of SMEs, more vulnerable to this type of crisis.

In this scenario, he recalled that the Bank of Spain has advocated that the optimal fiscal policy is to have “a very active expansionary policy” that prevents the transitory shock from permanently damaging the economy. “I still think it is the correct answer. The positive news related to the vaccine is crucial, but we know that it will take some time to translate into positive economic results. Therefore, it is important that fiscal policy continues to be very supportive,” he said .

In his opinion, this is “absolutely compatible” with recognizing that one of the main negative consequences of the crisis will be that the level of public debt in Spain will be much higher. “My proposal in Congress has been that we first acknowledge the problem. Second, that we begin to prepare for the consolidation process that will be necessary to stabilize and reduce public debt and deficit, even if, as I have argued, it is not the right moment to start it. And that this is accompanied by the implementation of the structural reforms that we know are absolutely necessary, “he said.

On the other hand, the governor of the Bank of Spain has stressed that active employment policies must allow the labor market to function in a “flexible” way so that companies that suffer a permanent reduction in demand can adapt. In this sense, he assured that the European Union’s recovery fund is “crucial” and “has the ability to make a difference”, although the funds must be deployed through a very selective process that does not only take into account their impact on short term.

“It is even more important that they focus on increasing the growth of the potential production of this economy with a medium-term perspective. It is a difficult combination: these projects must be defined as quickly as possible, but they must be designed to have a lasting effect,” has warned.