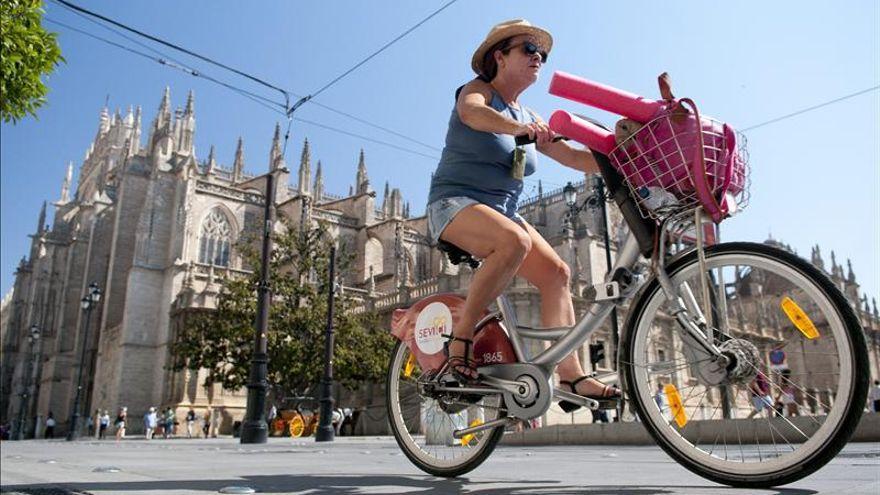 The Government will present this Monday the State Bicycle Strategy, a document with some thirty actions to promote the use of the bicycle in all areas: school, work, vacation, logistics and economic, promoting the national market of manufacturers and suppliers of cycling services.

The objective is to increase the modal share of the bike to the detriment of the car. The National Integrated Energy and Climate Plan (PNIEC) intends that, by 2030, 35% of the trips made today in private combustion vehicles will be made using non-emitting sources. And that 20% of these are on foot or by bike. In 2020, as a result of the 'boom' after confinement, twice as many bicycles as cars were already sold. Although the use of bicycles in Spain is still closely linked to sport and not so much to daily mobility.

The strategy is led by the Ministry of Transport, Mobility and Urban Agenda, which has created a General Bicycle Office headed by Antonio Pérez Peña. Many of the powers —for example, those for the creation of infrastructure— are municipal and regional, so the office will coordinate the actions. The financing of the measures will be public and private. The public, says the document, can come from the different ministries, although the use of European funds is not highlighted.

These are the most prominent measures.

The Ministry plans to create a network of interurban roads throughout the country. To do this, he points out, "it will be necessary to make a diagnosis of the existing infrastructure, to later plan, execute and preserve the sections that are considered necessary."

It will also support municipalities to build urban roads and will develop "basic criteria" that serve as a technical reference to design segregated roads (right now, the solutions are very different even within the same city). The same with car parks: it will analyze regulatory changes to regulate compulsory car parks in neighborhood communities, schools and institutes.

Allow to carry the bike on medium and long-distance trains

Among the objectives of the plan is the installation of car parks in train and bus stations, promoting the integration of fares between public transport and public bicycle (depending on the regional transport consortiums) and generalizing intermodality to be able to carry the bike on board, " special attention to the railroad ".

Consider the bike retribution in kind

"The concept of remuneration in kind, or payment that some employees receive for services rendered in the form of goods and services, does not include among its assumptions the use of the bicycle owned or through the public bicycle rental systems," he says. The document. Thus, the Ministry undertakes to study the modification of tax regulations to include mobility by bicycle to work within the income in kind. This would allow it to be equated with public transport or fuel costs for using a car, as well as facilitating deductions when buying it.

Integrate cyclology in the urban distribution of goods

The MITMA recommends to the rest of the public administrations to promote cyclology in the urban distribution of goods. How? Developing standards that facilitate the development of companies in the sector, promoting specialized education and creating urban logistics micro-platforms. It plans to create a guide so that cities can include these standards in their Sustainable Urban Mobility Plans.

Include the bicycle in school classes

The strategy proposes a "cultural change" with communication actions to highlight the advantages of the bike and normalize it. One of the most prominent segments is that of educational centers. The Government considers "convenient" the inclusion "of road safety and cycling in the school curriculum through practical training in cycling mobility from childhood and the promotion of educational projects related to mobility by bicycle." The launch of an aid program is expected to carry out these cycling activities at school.

In addition, the "safe school path" will be promoted to schools, involving schools, students, families and competent municipal authorities.

Among the planned training activities is the possible creation of an official state title for bicycle technicians and mechanics and a specialization in cycle tourism "as a unit of competence in the training of active tourism guides." This program will include notions of circulation, basic mechanics, first aid, meteorology, ecology, etc. There is also provision for "awareness" in driving schools for motor vehicle drivers.

Spain, says the strategy, "has the opportunity to become an international benchmark in cycling, as are France, Germany, Holland or Austria." One of its objectives is to consolidate and boost supply, which can be useful to seasonally adjust the sector and economically promote territories not associated with sun and sand. How? The MITMA plans to develop routes that connect destinations (state, regional, local and international), recover and equip greenways, roads and trails and publicize this entire network. The document recognizes that there is a road network that "does not backbone the entire state territory" and that there is "enormous" potential to plan it.