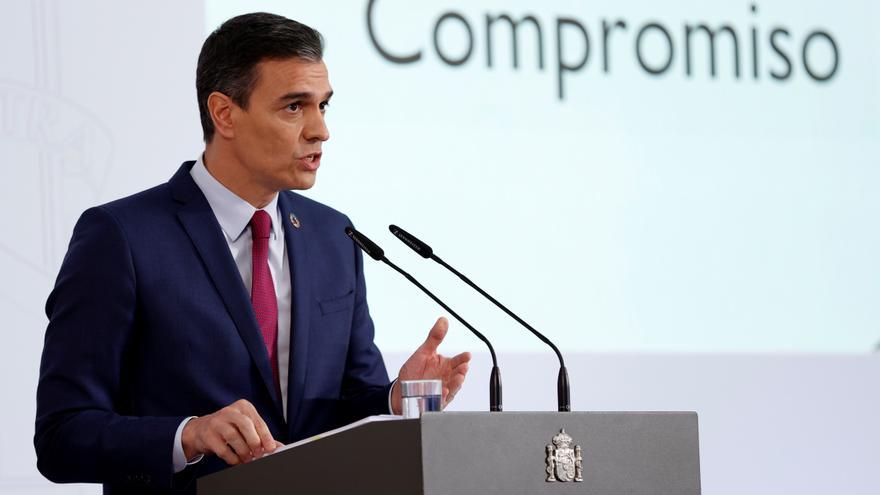 Pedro Sánchez presented on Wednesday several “reinforcement” measures in housing policy that will expand the public park for rent. On the one hand, the president has advanced that the Housing Plan for Affordable Rent – the old Plan 20,000, which provides for the transfer of public land to construction companies– It will be around 24,000 properties in “hot spots” to “deal with market imbalances where there is a shortage”. “This plan is the executive’s flagship,” he said. “The creation of a large stock of social rental housing that remains public permanently”.

On the other, Sánchez has announced the expansion of the number of homes that Sareb and banks give to communities to offer cheap rentals to vulnerable people. The bad bank will give 5,000 homes that can be expanded to 10,000 in the medium term and that will be added to the 5,000 that it already gave (15,000 in total). The banks, through the Social Housing Fund, will give up about 11,000 properties until January 2022. Until now, they have sold 9,950 homes, but they have committed to increasing this figure by 10%. “It is a great step,” said the president.

Together, both measures add up to a total of 50,000 homes. But only the first 24,000 become part of the public park: those of the Sareb and the banks remain theirs, the agreements are nothing more than an assignment. According to data from Social Housing Newsletter prepared by the Ministry of Transport and Urban Agenda, Spain has a stock of 452,040 social dwellings out of a total of 18 million main dwellings (25 million dwellings in total stock). It is 2.5% social housing, which places us at the bottom of the European Union.

With the 24,000 homes that the Government intends to finish during the legislature, this percentage will only increase by 0.1%. Spain will have 476,040 social housing units, 2.6% of the stock. And that taking into account that the park does not increase (which it will) and the percentage falls.

If we add the 26,000 homes loaned by Sareb and the banks, the figure would increase by 0.3% to 2.8%. It is a better data, but it is still negligible. Aware that the creation of a large public park will take many years, the housing movement has always demanded measures with more immediate impact. Regarding the transfers of Sareb, for example, the Llogaters Union considers that there should be more.

“Making a conservative calculation, there are 134,000 homes and lots in Sareb. With a more generous calculation, the figure is close to 250,000. What do 10,000 homes represent? It is a very low percentage. Not to mention that, with respect to the housing stock existing public, also represents an insignificant number “, says his spokesman, Jaime Palomera. “Let us remember that Sareb is the largest homeowner in existence and that it depends on the State. It is essential to give them a social function.”

During the presentation, which was attended by Vice President Nadia Calviño and the Minister of Transport, José Luis Ábalos, the President insisted that “for the Government of Spain, housing policy is a fundamental axis.”

“The problem, which already existed, of the rise in rental prices, has been exacerbated. The executive is determined to accelerate responses to tackle this crisis. It is a decisive step,” he said. Sánchez has referred to the future Housing Law, whose negotiations between the coalition partners are resumed this week, but has made no mention of the commitment signed in the Government pact on the regulation of rent, one of the measures proposed to stop the “abusive uploads”. Sources close to the negotiation explained to elDiario.es that the PSOE raises tax benefits as a formula to moderate prices, thus distancing itself from the agreed regulation.