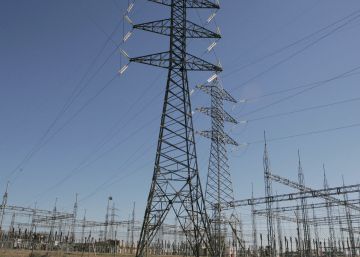 The Ministry for Ecological Transition wants to take advantage of the processing of the Climate Change Law to cover the legal loophole that allows operators of electricity and gas networks, Red Eléctrica y Enagás, buy companies without first communicating it to the CNMC. Although the law of 2013 by which this body was created (in its ninth additional provision) requires the communication of purchase operations “from regulated companies or by regulated companies”, these companies have been spared from this process as their parent companies or other subsidiaries of the group which have been responsible for purchases.

To avoid this, the draft Law on Climate Change and Energy Transition, to which it has had access Five days, adds the following modification to the additional ninth: “the acquisitions made by the parent companies (..) of the managers of the electricity and natural gas transport network, as well as any other companies that are part of These groups”.

The vacuum, in force for several years, has allowed Red Eléctrica to buy Hispasat; ADIF fiber optic and other international investments (the latter, the acquisition of 50% of the Brazilian Argo Energy for 282 million) without going through the window of the CNMC. The same has happened with Enagás, which disbursed 1,500 million last year for 30% of the US Tallgrass, in which the GIC and Blackstone funds also participate.

Although the power to be informed is of the ministry, temporarily, it is assigned to the supervisory body, which cannot prohibit these corporate operations (nor the ministry), but can approve them with conditions.

The aforementioned draft law is the submitted version to the Environmental Advisory Commission, a collegiate body dependent on Ecological Transition. The text will become a project when the Council of Ministers approves its referral to the Courts and the Council of State. Once back, the Government will approve the law and publish it in the BOE.

The Executive of Pedro Sanchez announced in one of its first Councils of Ministers of January a Climate Emergency Plan, with 100 measures that would be known in the first quarter. These include this rule, which was pending in the previous legislature.

The text includes in a provision, the Government’s commitment to allow the CNMC to control the financial appeceament of transport and distribution companies. In the case of distribution, the text establishes that remuneration methodologies should encourage (in a negative or positive sense) that these regulated companies “have a sustainable debt to guarantee the quality of supply” and, in the case of distributors, can reduce losses, fight fraud and invest in technological innovation.

In the energy field, the proposal also includes the expected modification of the Law of the Electric Sector that will allow to unlock the celebration of new renewable energy auctions for the construction of up to 3,000 MW every year.

Against the current mechanism, with which the investment (MW) is auctioned, the law will set a production price (MWh) from its entry into force. Thus, according to the document, “within the framework of the boost to green energy, the Government will develop new remuneration frameworks based on long-term recognition of a fixed price for the energy generated ”. These will be granted “through competitive concurrence procedures in which the product to be auctioned will be the electricity to be generated and the variable on which it will be offered will be the remuneration price of said energy”.

Like the draft that the Government launched last year, the new proposal states that “new authorizations for hydrocarbon exploration will not be granted,” both on land and at sea, which will not affect the current permits.

An additional provision of the draft Climate Change Law refers to the incentive of renewables. This provision modifies the Law on Fiscal Measures for Energy Sustainability, with which the Government of Mariano Rajoy created the 7% tax on generation, as a way to curb the rampant tariff deficit.

The change establishes that “in the laws of the State’s General Budgets each year will be used to finance the costs of the electrical system provided for in the Law of the Electric Sector, referring to the promotion of renewables, an amount equivalent to the sum of the estimate of annual collection derived from energy taxes ”, which amounts to about 2.8 billion.

Another relevant measure refers to access and connection to electricity networks, specifically, the so-called hybridization. The Government thus resolves the doubts that arise when a holder with a renewable installation wants to use the same connection point, which has ample capacity, wants to install another plant in the same place. If the law prospers, you will be allowed to use it, “as long as the new facility meets the technical requirements.”