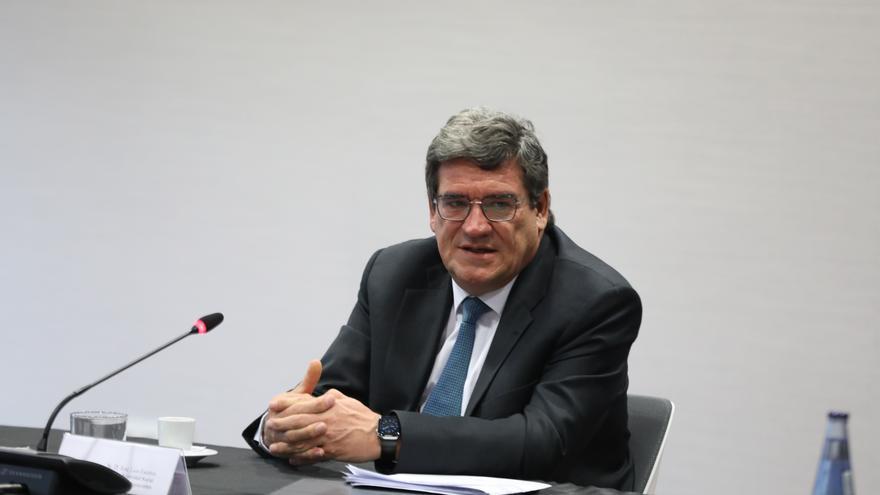 The Government has initiated the procedures to expressly modify the regulations of the Immigration Law in order to “facilitate the inclusion” of migrant minors under guardianship once they have reached the age of majority. The Ministry of Inclusion, Social Security and Migrations has launched this Friday public consultation prior to the reform of the regime for unaccompanied foreign minors and ex-ward youth, with which it intends to prevent children and adolescents who arrive alone in Spain from being left in an irregular situation when they turn 18 years old.

“Before the Courts, I assumed the creation of a legal gateway that would facilitate the transit to the legal age of unaccompanied foreign minors. Today the Reform of the Regime for foreign minors under guardianship and ex-ward youths is being publicly consulted,” the minister announced to via Twitter. “We are committed to creating the legal gateway to facilitate the inclusion of unaccompanied foreign minors when they reach their majority. We comply,” added Hana Halloul, Secretary of State for Migration.

As Escrivá has detailed, the modification promoted by Inclusión intends to carry out a “rationalization of the documentation system” of unaccompanied foreign minors in order to avoid that, once they reach the age of majority, they lose their residence in Spain. a situation that is repeated frequently. It also seeks the creation of its own residence regime for ex-ward youth “to which the non-profit residence rules do not apply,” as is currently the case, which prevents them from entering the labor market.

Currently, immigration regulations complicate access to the labor market for unaccompanied foreign minors. To obtain this permit, based on the law, adolescents must carry out numerous procedures, which in practice prevents them from working. In turn, the obstacles imposed delayed their economic independence, key to their inclusion in society once they reached the age of majority, at which time they must leave the reception centers. That situation, in turn, hampers the renewal of their roles.

Migrant minors also face difficulties in regularizing their situation, despite the fact that the autonomous communities have the obligation to document these children and adolescents before they reach 18 years of age.

To begin to correct it, the Secretary of State for Migration sent a guideline to the immigration offices at the beginning of March 2020 to order that the granting of residence permits for these minors include the exercise of work activity as an employee, a a measure that meant the recognition of their right to work like any other adolescent, when until then their permission prevented it, which reduced their chances of keeping their papers once they reached the age of majority.

The reform of the Immigration Law is one of the promises announced by Escrivá shortly after he took office as Minister of Inclusion. In February of last year, the head of Migration assured in his first appearance in the Labor Commission of the Congress of Deputies that he would promote a “change of model” of the regulations governing the rights of immigrants in Spain correct the “bureaucratic rigidity” faced by foreigners in Spain.

Already then the minister proposed, among other aspects of the Law, the flexibility of the criteria in the granting of immigration authorizations. Migration sources explain to elDiario.es that the express reform of the regime for unaccompanied foreign minors is a first step towards a more profound modification of the regulations.

In the last year, the Secretariat of State for Migration has begun to modify in practice some specific aspects of the requirements imposed on immigrants to regularize their administrative situation or to work, through instructions issued from the General Directorate of Migration.

In addition to facilitating access to the labor market for unaccompanied foreign minors, the instructions issued by Inclusión during this term have also sought to simplify the procedures related to the renewal of residence permits in Spain and requests for authorizations for social roots recorded before the health crisis, to prevent them from being affected by a possible loss of the employment contract required to formalize their situation. During this time, Migrations has indefinitely lowered the economic demands imposed on the family reunification of minors, a historical demand of organizations specialized in migration.