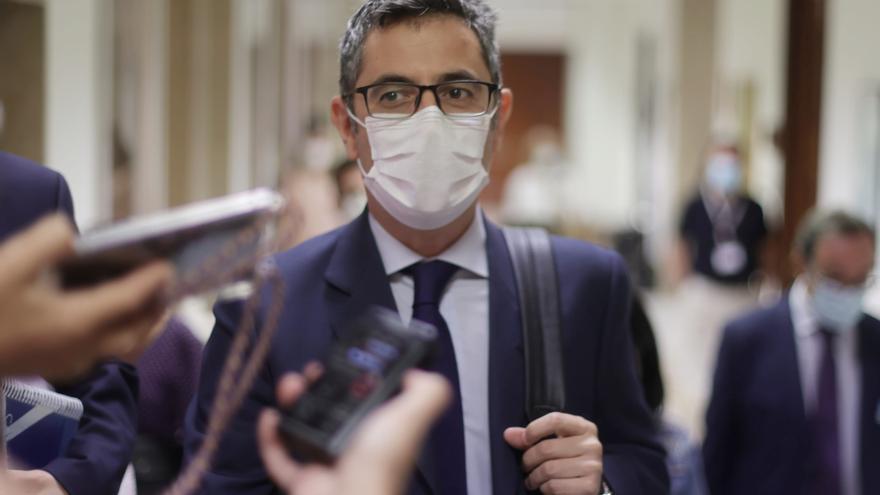 Government and Church will resume this month the talks to address the payment of taxes such as the IBI by the episcopal conference as well as the situation of the thousands of unregistered assets thanks to a reform by José María Aznar. The Minister of the Presidency, Relations with the Courts and Democratic Memory, Félix Bolaños, has announced that starting this month, and in accordance with the episcopal conference, the subcommissions created at the beginning of the legislature will meet to address the three key issues: the process of recovery by their legitimate owners of the 34,961 assets unregistered by the Church, the tax system and the Obra Pía in Rome.

Bolaños, who is in charge of relations between the State and religious confessions, explained in his first appearance in Congress that freedom of worship is guaranteed in Spain. “We will continue to maintain cordial, respectful and institutional relations with all religious confessions,” said Carmen Calvo’s successor, who met on August 3 with the president of the episcopal conference, Cardinal Juan José Omella, with whom has a good relationship since their conversations on the occasion of the exhumation of dictator Francisco Franco del Valle de los Caídos, an operation that Bolaños piloted as Secretary General of the Presidency.

Since he arrived in Moncloa in 2018, one of Pedro Sánchez’s commitments is to end some privileges of the Church, such as its tax system. The will of the Government is that it begins to pay the Real Estate Tax (IBI) for the places that are its property and that are not dedicated to worship. Socialists take it for granted that the Church is willing to take on this tax change. Recently a court gave the reason to the Barcelona City Council for a congregation to pay the IBI -which is a municipal tax- for a building that you have rented from an educational company.

The other big issue that Bolaños has to address with the Church is the situation of the tens of thousands of real estate that he put in his name between 1998 and 2015 thanks to a legislative modification of the PP. In a first phase, the Government drew up a list that includes the 34,961 real estate registered in that period. The next step is that those who consider that they are the legitimate owners can claim them.