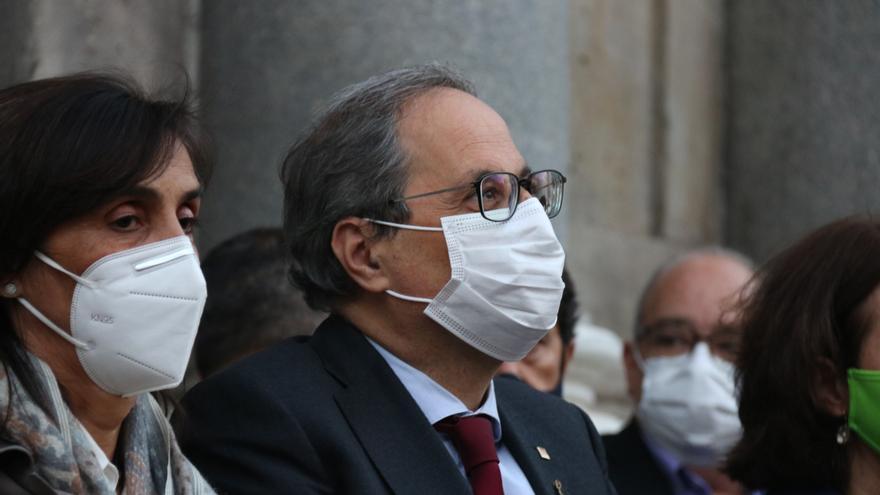 The Government does not plan to publish in the Official State Gazette (BOE) the dismissal of Quim Torra as president of the Generalitat because he considers that the judicial order that disqualifies him has an executive character and therefore he is already dismissed from his position, according to sources from Moncloa confirmed to elDiario.es. The Government had demanded this morning from the central Executive a forecast of when that publication would take place because it interprets that to make effective the decree of substitution of Torra it is necessary that the cessation has appeared in the BOE.

The Generalitat is waiting to receive a new report from its own lawyers to see how to act if the central government does not respond to your request. Sources of the Generalitat emphasize that it is necessary to provide the “maximum legal certainty” the process of replacing Torra, disabled for a year and a half for a crime of disobedience. The vice president, Pere Aragonès, will assume his functions on an interim basis but with limitations and without even settling in the Palau de la Generalitat.

Both the Government and the Parliament were awaiting publication in the BOE to activate the process that must conclude in the elections, predictably on February 7. Now a period of 10 days must be opened to see if a candidate for investiture is presented (there are none with sufficient support to get it) or if the president of the Catalan Chamber automatically starts the countdown clock.

The opposition headed by Ciudadanos and the PSC has demanded this Tuesday that Roger Torrent be activated and start looking for possible candidates for the investiture to replace Torra. Both groups consider that the ideal is that there is an alternative candidate who can stand for the investiture, whether or not he has the necessary support, in order to comply with the precepts of the House regulations and begin the process towards the dissolution of the Parliament and the new elections. At the moment, however, it has not transpired that any deputy is willing to appear.