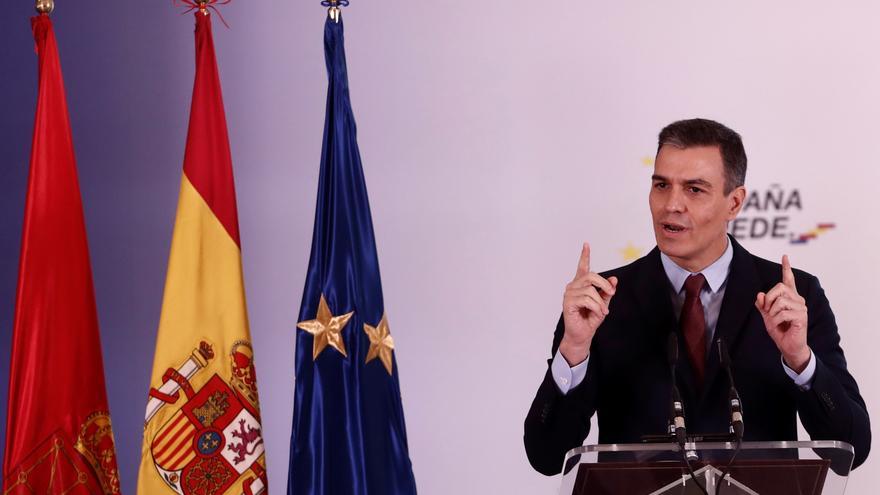 Artificial Intelligence (AI) algorithms define an increasingly important part of citizens' lives. They are key in all aspects of the digital society, automate public administrations and intervene in a growing number of industries in all sectors. However, its apparent mathematical fairness can hide biases sexist, racist or class, as well as pose serious problems of privacy or addictions. Therefore, one of the fundamental objectives of the National Artificial Intelligence Strategy, presented by President Pedro Sánchez this Wednesday, is to promote the development of this technology in Spain respecting "a regulatory ethical framework that reinforces our individual and collective rights and freedoms."

The Government hopes to make Spain "a leading actor" in the regulation of an "inclusive, sustainable and citizen-centered AI". For this, it has allocated 600 million euros to this plan in the period 2021-2023, of which about 330 million are included in the new budgets for next year, which They already have the necessary votes for approval this Thursday in Congress.

The new Strategy presented today has been drafted under the advice of a group of experts from the scientific, economic and academic fields. Its preparation has been one of Sánchez's aspirations since he took over from Mariano Rajoy after the motion of censure, although it was notably delayed by the call for elections in April 2019 - and its forced repetition, in November of the same year. first, and because of the pandemic, later.

The document has 30 measures grouped into six strategic axes. The first and the one that will receive the most funds is the one dedicated to promoting scientific research, technological development and innovation in the field of AI. It is endowed with 275 million euros, which Sánchez has described as "a very important step in the financial support by the public sector" for this technology.

The second and third are endowed "tentatively" with about 42 million euros each. They have to do with the people who must research this technology in Spain ("the development of digital capabilities, enhance national talent and attract global talent," the Strategy details) and with the data platforms and technological infrastructures that must support and supply it with the data it uses to learn and improve its processes.

The fourth axis aims to integrate AI in Spanish industries that do not yet include this technology and is the one with the second largest budget, about 133 million euros. The automation of public administration through Artificial Intelligence algorithms, one of the main objectives of the Vice Presidency of Economic Affairs and Digital Transformation that Nadia Calviño occupies, is the fifth point on which the new Strategy presented this Wednesday revolves. 100 million euros will be allocated to him.

Finally, the sixth axis is the creation of that "ethical and regulatory framework" that Sánchez has placed as one of the central points of the entire government plan to develop AI. Despite this, it is the one that will receive the least financial resources, with about eight million euros. In this sense, the president has cited the progress that in his opinion represents the launch of the "digital rights bill" that the Government, also supported by a group of experts, recently presented. That letter, which initially it will have no legal impact, will be open for public consultation until December 4.

Sánchez recalled that AI and the National Strategy to develop it in Spain are, together with other aspects such as 5G or cybersecurity, one of the central points of the Spain Digital 2025 Plan. It is a package of measures for the modernization of the fabric production, telecommunications and digital training of citizens in the Government expects to invest a total of 140,000 million euros, between public and private funds. About 15,000 million of the public part will come from European aid for the recovery of the coronavirus.