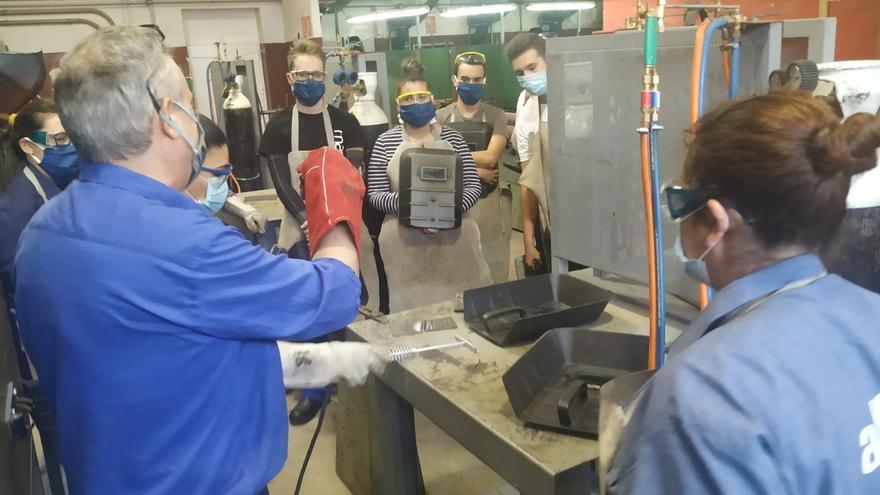 To solve it, the President of the Government, Pedro Sánchez, has presented this Wednesday the Government’s program to promote Vocational Training. A little like with education laws, there is practically no government that does not have its own ideas regarding VET and seeks to promote an educational / training branch that has historically been nonexistent in Spain. If the previous Executive opted for Dual FP, linked to companies, on this occasion, the Government has presented a plan with the main objective of accrediting the basic professional skills of all this population that works based on knowledge, but that does not have its abilities officially recognized. “This cannot be, the recognition of capabilities will increase the employability of these people. This is key, it is a pending task, I do not know how long,” explained the Prime Minister, Pedro Sánchez.

The project, which will be endowed with 1,500 million euros in four years (which may be scalable with the funds agreed in the early hours of Tuesday in Brussels for the European recovery after the pandemic), is complemented by an increase in the supply of places ( it is necessary to reach 49% of workers with intermediate qualifications), a renewal and modernization of the training catalog, the flexibility of the training system, the digitization and unification of the entire VET system under the umbrella of the Ministry of Education and Vocational Training . Currently, the FP has an educational branch, which carries Education, and another more linked to employment and the accreditation of skills, which corresponded to the portfolio of Work.

Public-private collaboration will also be promoted and there will be special attention for Dual VET, a modality that gives more weight to the training of students in companies but which currently does not reach 5% of all VET positions. “There is no quality training without the company,” said Sánchez.

“This agreement,” said the president, referring to the fact that the project is backed by employers and unions, “is a revolution in VET in our country. If we talk about education, training, entrepreneurship, employability … we are putting the focus at the heart of the structural challenges that Spain has “, he valued. And FP has something to say about it: only 7.35% of young people with a FP degree are unemployed.

Workers who do not have a professional title or certification will be the main beneficiaries of this reform. The Government wants that, in four years, 40% of them (3.3 million people) have their labor competence accredited. For this, sources of Education explain, it will work with the Autonomous Communities so that these processes are permanently open, contrary to what happens now, which work by calls.

That regarding the most labor part of the FP. The educational aspect will also undergo changes. One of the main aims to implement is to make the structure of the securities more flexible. Until now, if a student had an interest in any module of a different degree than her, she had to complete the entire degree, according to sources from Education. With the reform, only these modules will be allowed to be taken, so that students can design a more à la carte training plan, something similar to what happens at the University.

The catalog of titles will also be modified, something that in fact is already happening. The objective is to promote degrees related to “emerging sectors”, explains the Government. Artificial Intelligence and big data, Implementation of 5G Infrastructures or Additive Manufacturing –3D– are some of the new titles that are already being designed. Along with these novelties, the ministry intends to “streamline” the creation of degrees, so that from the time the need for a specific degree is detected until this training reaches the classroom, several years do not pass, as it is currently happening, becoming situations in which by the time the degree was in schools it was already half obsolete.

In addition, the Executive announces that it will increase the offer of FP places by some 200,000. In Spain, Vocational Training has always been underrepresented in the number of students, at least when compared to neighboring countries. 12% of students enrolled in FP (837,199 in the 2018-2019 academic year, latest available data) are half the OECD average (25%) and even less than that of the EU (29%), and by itself They will not compensate for the lack of medium-skilled workers, despite having risen 20% in five years and having 50,000 more students in the last year.

The participants in the presentation act, politicians, academics, businessmen and a student, have influenced the virtues of FP. “It is one of the most powerful mechanisms in a country to promote equal opportunities, good jobs and social cohesion”, Antón Costas, professor of Economic Policy at the University of Barcelona, ​​has highlighted, which has also had an impact on the lost prestige of this training branch.

José Antonio Pose, professor at the IES Polytechnic of Santiago de Compostela, has also expressed himself in this line. Pose has explained how when he raised studying Vocational Training at home, his parents forbade it. “And at that time they were right, life has treated me better by going to university,” he acknowledged. But he also explained how during the worst of the crisis, 80% of his students were employed the first year after graduating, a rate that rose to 100% after 12 months. “Employability is fantastic,” he recalled, a message repeated by other participants. “In five or six years, the turn that the perception of FP in people has taken has been 180 degrees,” he assured. “We need this social perception to be consolidated. Hopefully, never again will their parents tell them that they cannot study VET,” he closed.