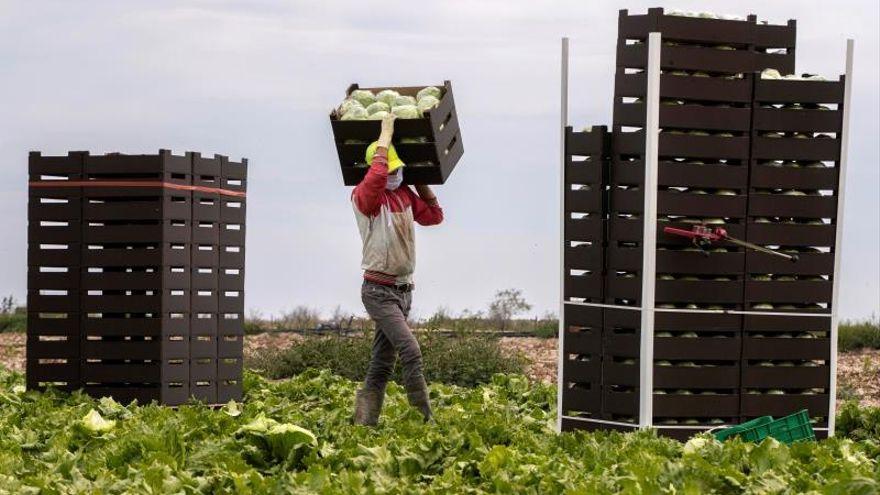 Young foreigners between 18 and 21 years of age who have been working in the fields since the start of the state of alarm, given the lack of labor necessary to harvest the harvest, will obtain a residence and work authorization for two years, renewable two others, according to a new instruction published this Wednesday by the Secretary of State for Migration.

Most of the beneficiaries are young immigrants who came to Spain alone as minors and, although they lived regularly in the country, they did not have access to the labor market. In the middle of the pandemic, the Government did allow their access to work to collect fruit and vegetables from the Spanish fields, due to the lack of hand denounced then by farmers.

The instruction “provides legal security to all these young people who with their work are contributing to the maintenance of an essential sector at a time of difficulty for our country,” they have defended from the Secretary of State for Migration in a statement.

In April, the Ministry of Agriculture urgently approved a royal decree to promote the temporary hiring of workers, which allowed access to the countryside to unemployed Spaniards and migrant workers in a regular situation whose work permit would expire earlier on June 30, and young third-country nationals between 18 and 21 years old who are in a regular situation.

For the latter, their incorporation into the field was a first job opportunity. Once the extension of the Royal Decree that made the conditions for access to employment in the agricultural sector more flexible, Migrations will make it easier for young foreign beneficiaries to keep their residence and work permits for a period of two years, renewable for another two.

In this way, these workers will be able to present their application between October 1 and 30, 2020. For their part, young people whose contract was in force on September 30 will be able to extend their right to work in the field through the presentation of the application within the deadlines established by Migrations. Likewise, young people hired in the agricultural sector during the pandemic who have reached 22 years of age during their working months may also have their permits extended.

As El País announced in May, the Secretary of State for Migration had already shown its intention to extend the residence and work authorization of the young foreign beneficiaries by two years, although it had not yet detailed the requirements. The new instruction establishes that these minors must prove that they have been hired in the agricultural sector “for a continuous activity” without “having given up on it.” Said criterion will be demonstrated based on a responsible statement from the institution or organization that has accompanied the employee during this time.

If this declaration is not available, Migrations provides other ways for these young people to extend their permits by submitting work contracts in the field with a minimum duration of two months. Employees who have only carried out a continuous activity for a month, but whose interruption has not been of their own free will, may also maintain their authorization as long as they demonstrate that they have continued looking for employment in the agricultural sector.

In case of not meeting these requirements, the Ministry of Inclusion leaves a door open. “The application will be analyzed individually taking into account the integration effort report or other reports prepared by the employer or organization where it is recommended, given the commitment shown in carrying out the activity for which it has been hired, the granting of said authorization” , points out the document, to which elDiario.es has had access.

Another requirement to obtain the extension of their permits is to lack a criminal record, but Migrations is also flexible in this regard, if the young temporary workers were convicted of committing a crime and have served the sentence, those who would have been pardoned or they are in a situation of conditional remission of the sentence or suspension of the sentence.

Different social organizations, such as the Moroccan Association for the Integration of Immigrants and Andalucía Acoge, had been concerned in recent days with the proximity of the expiration of the extension. “These measures had allowed an access route to the labor market to be opened, which is why the extension of the extension is so necessary. Having a job is also one of the requirements so that they can renew the residence permit, which is elemental so as not to fall into an administrative situation of irregularity “, they asked from the first organization.