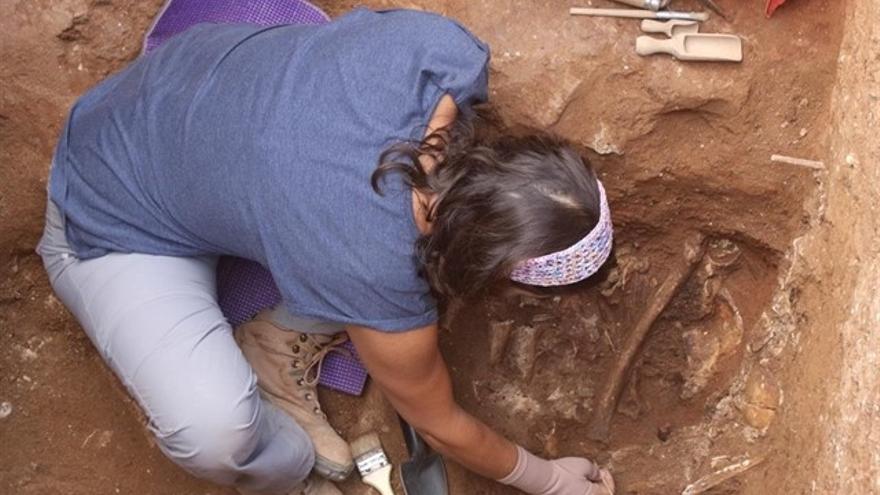 The Government has decided to distribute three million euros for the autonomous communities so that they grant subsidies for the search, identification and dignity of persons disappeared during the Civil War and the Dictatorship. It has reached the agreement together with the regional administrations gathered at the 1st Sectorial Conference on Democratic Memory.

The item is divided into two: two million euros for the location, exhumation and identification of people who disappeared during the Civil War and the Dictatorship, and the remaining million will be allocated to activities of outreach, dignity of burial places and promotion of the places of memory.

Each autonomous community – Ceuta and Melilla have no grave pending to be exhumed – will have a fixed value of 20,000 if it has at least one grave to undertake. The rest (1,660,000 euros) will be distributed according to the identified graves that each autonomous community has and that are pending intervention. This action is part of a four-year plan. The Autonomous Communities will propose their lists of projects to be financed, they will be discussed with the Ministry of the Presidency and the communities will receive quarterly transfers.

The Government has 557 mass graves without intervening in Spanish territory, so an average of 14,360 euros would be allocated to each one in this period of four years, an amount that the associations that have been carrying out exhumations and identifications of the remains consider scarce : displacements, specialists (anthropologist, archaeologist, geneticist, historian) machinery, days of excavations, sometimes trial and error until the burial is found, and then analysis of the bones and DNA matching studies with relatives to attempt identification. Taking as an example a recent public tender of the Balearic Government, if it were a grave with a single person in it and it was carried out in a single day, the cost of these actions would be 15,000 euros, but that is not the only typology and in Spain there are graves such as the Barranco de Víznar, included in the so-called Shock Plan for 2020, where it is estimated that up to 400 people are buried and for whose intervention 28,000 euros have been awarded to the University of Granada and 18,000 through the Federation Spanish of Municipalities and Provinces to the Víznar City Council.

Regarding the million euros for dissemination and memorialization, each autonomous community will receive a fixed amount of 600,000 euros and the rest (400,000 euros) will be distributed according to the number of graves previously exhumed between 2000 and 2020, a work carried out by the associations , for a few years with a subsidy and from 2013 to 2020 without any support from the State.

Andalusia is the Autonomous Community that plans to receive the most in total, with about 508 thousand euros. It is followed by Catalonia, with 336 thousand and Valencia with 283 thousand.

Emilio Silva, president of the Association for the Recovery of Historical Memory (ARMH), one of the associations that has worked the most, with and without subsidies for twenty years, recovering the bodies of the disappeared victims of the Civil War and Francoism. and dignifying his memory, he criticizes this announcement very harshly: “The Government would have to meet with the Autonomous Communities not to talk about money but to see how this issue is treated in education, how to make known who the executioners were and the atrocities they committed, how we must pay tribute to those who fought against Franco … what a State Secretariat for Democratic Memory should do ”.

Silva wonders why, if the conversation is about money, “the families of the disappeared are not going to be compensated as they have compensated the victims of terrorism,” which he finds “shameful” and closer to “political propaganda.” than to true repair. The ARMH has decided not to participate in these grants. “It seems that this whole problem was a matter of euros, as if human rights are not defended by a democracy at all costs, I find it outrageous,” adds its president.