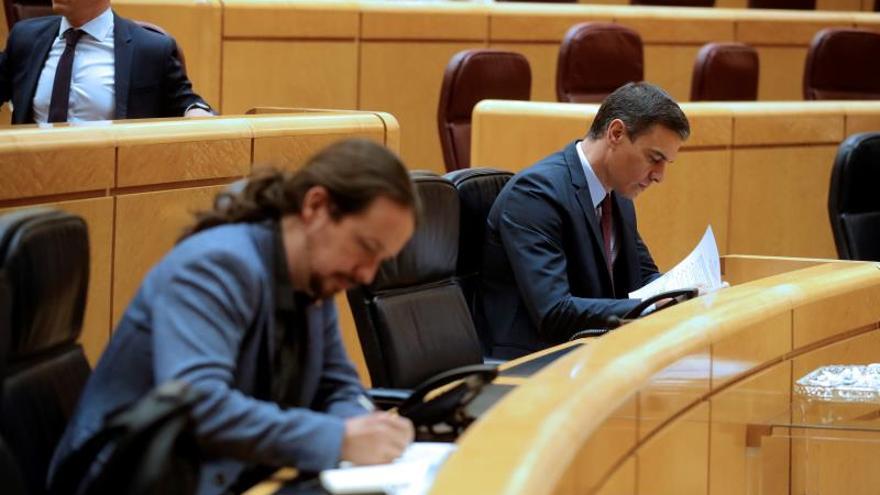 After the extension of the ERTE, comes the expansion of the so-called "social shield" in the face of the coronavirus crisis. The Council of Ministers approved this Tuesday a temporary extension of part of the package of social protection measures that came to light during the COVID-19 health emergency and that expired or had expired. In total, there are six measures that the Government will approve this Tuesday at the proposal of the Vice-presidency of Pablo Iglesias, as confirmed by eldiario.es. Among them are the moratorium on the payment of mortgages and on the payment of rent in the case of large owners. In addition, the prohibition to cut energy supplies to vulnerable people and the possibility of extending rental contracts for six months with the same conditions of the contract are maintained. The suspension of obligations derived from credit contracts without mortgage guarantees, the so-called consumer loans, is also extended.

One of the most impactful initiatives during confinement was the possibility of requesting the moratorium in the payment to the banks of the mortgages. Also to claim a moratorium on rent payment, provided that the owner had more than eight homes or were publicly owned. This latest extension will not apply, as it has done so far, to SME and self-employed rentals, according to government sources.

Both measures are extended and may be requested until September 29 and 30, respectively. In the case of mortgages, "their operation will be sequential with respect to the moratorium that the banking sector itself has implemented," according to sources from the Vice President of Social Rights. The measure involves three months of legal postponement and nine months of "moratorium on the banking sector", according to said sources.

The decision of imposing a moratorium on the banking sector was adopted on March 17 within the social shield promoted by the Executive of Pedro Sánchez to face the economic consequences of the pandemic. In the same package, a ban was passed to cut off electricity, gas and water supplies to vulnerable families. Now that guarantee also extends until next September 30. In terms of supplies, in addition, the period of receipt of the social bonus is also extended until September 30.

In addition, the Executive will extend the life of the current rental contracts to avoid expiration. Thus, tenants may request until that same day an extension of their usual housing contracts for a period of six months.

Finally, the suspension of the obligations derived from credit contracts without mortgage guarantee is maintained, including consumer credit.

Another of the star measures of the so-called social shield, the moratorium on evictions without a housing alternative, was already extended until next October.

With the decision on Tuesday, the social protection measures implemented by the Government with the aim of "leaving no one behind" are expanded, which has become the motto of the coalition of PSOE and United We Can in the months of the pandemic. However, the decision is halfway to what was the intention of the second vice president, Pablo Iglesias, who initially bet on expanding those measures until at least 2021.

In addition, the Council of Ministers will approve a legislative project with reforms to support people with disabilities in the exercise of their legal capacity, according to government sources. It will also give the green light to the Justice shock plan to improve the operation in the face of the emergency of the COVID-19. The idea of ​​the department headed by Juan Carlos Campo is to strengthen the courts in the face of increased litigation and the pandemic slowdown.

The first phase, which will begin on September 1, will focus on commercial and social courts that have a workload greater than 130% of the module established by the General Council of the Judiciary. A program of objectives will also be established for judges and court personnel, who will receive extraordinary compensation for this. In principle, the measure will cover 229 social bodies (64% of the total) and 86 commercial (86%), reports EFE. In addition, external reinforcement measures will be imposed, providing new personnel to 57 social courts (16%) and 66 commercial courts (66%), and the new judicial bodies whose creation was planned before the state of alarm will also be launched.