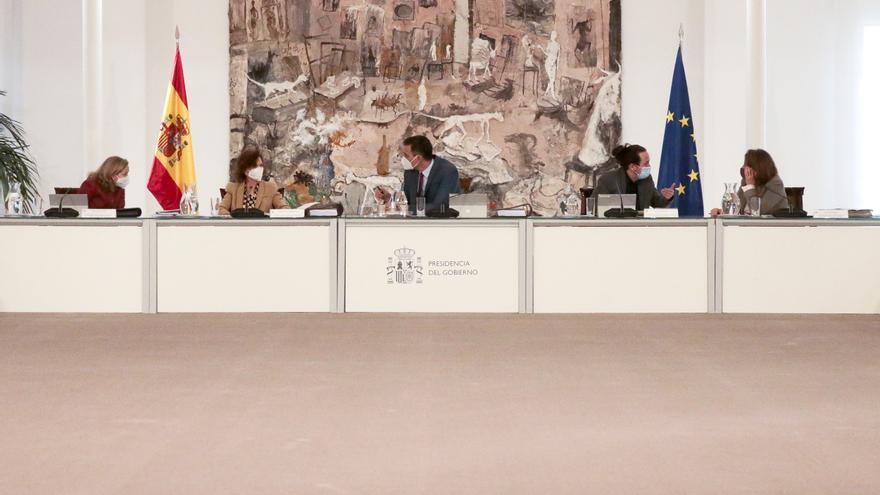 The decree that will prohibit the evictions of vulnerable people that the Council of Ministers will approve this Tuesday will include the prohibition of cutting off basic supplies: electricity, water and gas. United We can thus get the Government to accept a measure that the fourth vice president, Teresa Ribera, wanted to limit the electricity service. The measure “will apply not only to the holders of the contract but to those people who cannot prove it but who meet said conditions, being able to prove said circumstance through social services or social mediators,” according to sources from United We can to elDiario .is.

The negotiations between the government partners for the double content of the royal decree show the differences within the coalition Executive between the PSOE and United We Can. The text to be approved by the Council of Ministers this Tuesday includes a claim that those of Pablo Iglesias have been dragging since last September, when the so-called “social shield” was renegotiated, withdrawn in summer and which had to be raised again in autumn before the increased incidence of the pandemic and the economic and social crisis that it has caused.

Outside of the September decree, there were two measures that had been considered during the first state of alarm. The prohibition of evictions for those people who demonstrate vulnerability and who do not have another decent home in which to live. After several months, the considerable increase in the number of launches reached the media and the socialist part of the Government opened up to a negotiation. The conversations between the Social Vice Presidency of Churches and the Ministry of Transport, Mobility and Urban Agenda led by José Luis Ábalos have been complex and, finally, Unidas Podemos had to accept the demand of the PSOE for the decree to include financial compensation for the owners of more than 10 homes that can demonstrate lost earnings in the process in which social services look for a new home for people who are going to be evicted.

But when one negotiation was closed, the other was opened. From United We Can, public pressure began in the face of the reluctance of the PSOE to include the prohibition of cutting supplies beyond households that already receive the so-called social bonus. But the group of Iglesias wanted, as in the case of evictions, to extend the measure to all vulnerable people, either due to Covid-19 or prior. “In the middle of winter we cannot speak of decent housing if we do not also guarantee the supplies of water, electricity and gas that allow families to heat their houses, shower with hot water or cook,” said the Secretary of State for the 2030 Agenda, Ione Belarra, main negotiator in both measures, Last Tuesday.

The reaction of the Ministry of Energy Transition did not wait. The department headed by the fourth vice president, Teresa Ribera, reported her proposal to ban only power outages.

Public pressure from United We Can, which had the backing of a good part of the parliamentary partners of the Government of coalition and several social organizations, has taken effect and this Tuesday “cuts of electricity, water and natural gas supplies are prohibited during the state of alarm; for vulnerable consumers, severely vulnerable or at risk of social exclusion, they report from the Churches party.

From the socialist sector of the Government, however, this public pressure does not like too much. Last week the President of the Government, Pedro Sánchez, sent different winks to the ministers questioned by the minority partner of the coalition, especially to the economic vice president, Nadia Calviño. The strategic turn of the PSOE fell within the concerns of those of Iglesias, who nevertheless trust On the board the following battles are already underway: SMI rise, labor reform and pension reform.