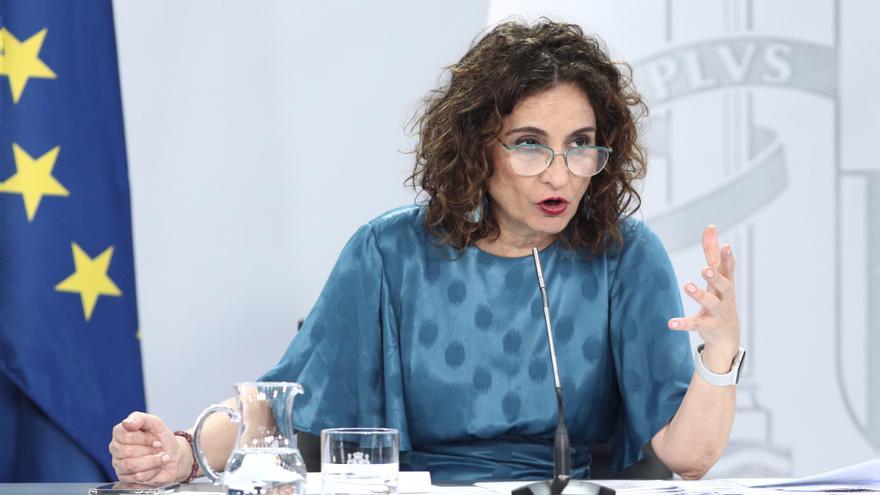 The Government has suggested to the municipalities that they can spend a part of the surplus that they have accumulated in recent years and that it remains immobile in the banks because the stability legislation that was approved during the previous crisis prevents them from spending it. The Ministry of Finance has forwarded to the Spanish Federation of Municipalities and Provinces (FEMP) a proposal for an agreement in the framework of the negotiations that have been taking place for weeks, which means that the councils that have savings lend them to the State, which will it will return in the form of non-financial income so that it can be invested in issues related to the urban agenda (housing, sustainability of cities, etc.), care and culture. The move would allow the consistories to have 5,000 million euros – from the total of 14,000 they have saved – between this year and next. The rest would be reimbursed within a period of ten years that would begin to count in 2022.

The solution that the Treasury has brought to the representation of local corporations allows the consistories to invest the remaining cash that they have immobilized in the banking entities without incurring a deficit, something that they are prohibited according to the stability rule of Cristóbal Montoro and the article 135 of the Constitution that was modified in 2011. The Government seeks to calm the councilmen, who are on the warpath and even threatened with mobilizations, including some socialists, because they claim to be able to spend all the money they have saved.

“The municipalities and provincial councils and island councils of the Balearic Islands, will make contributions on a voluntary basis, which will be in the nature of a loan in favor of the General State Administration (AGE),” states the first point of the proposal that the department led by Maria Jesús Montero has sent the President of the FEMP and the Mayor of Vigo, Abel Caballero. “With the financial resource obtained, the General State Administration will make a non-financial income for local entities, for an amount that will be determined according to a proportionality criterion based on the contribution that each entity has made to the constitution of the loan to the AGE – reads the second section – This amount will represent at least 35% of the funds contributed to the loan to the AGE, and may be increased to a total amount of 5,000 million euros among the participating entities. ”

The town councils could, therefore, voluntarily give the public coffers of the State their remaining treasury – what they cannot spend at the moment according to the stability rules. In the remainder of the year and 2021, the Treasury would return it in the form of non-financial income so that they can invest it in public services, assuming the deficit. At least they would receive 5 billion in these two years. The rest would be reimbursed within 10 years. “Through this formula, the municipalities will be able to use their remaining treasury, they will be able to improve the services they offer to citizens and collaborate in the task of rebuilding the country after the health emergency,” they point out from the Government.

Specifically, the consistories would receive this year 40% of that money with a maximum amount of 2,000 million euros and in the next year, the remaining 60%, that is, 3,000 million, according to the proposal to which the newspaper has had access .it is.

Government sources point out that this proposal allows the councils to spend the remainder according to the rules and without failing to comply with the EU’s restrictions on the deficit at the same time that liquidity is injected at a time that the Spanish economy needs in the face of the crisis that the pandemic leaves.

Until now, the Government has been making exceptions to the 2012 Montoro regulations, which generally prevent spending the surplus. The last two have occurred during the pandemic: 300 million for social spending and subsequently allowed them to spend 7% on the purchase of clean vehicles for public services. However, the mayors demanded a relaxation to be able to invest their savings at the same time that they remember that PSOE and Unidas Podemos carried in their electoral programs to end the spending rule that suffocates the compliant local corporations.

The agreement proposed by the Treasury, which would have to become a text with the rank of law to be approved in Congress, would allow mayors to spend those 5,000 million in three areas: Spanish Urban Agenda and Sustainable Mobility (increase in the supply of housing for rental, rehabilitation plans or construction of bicycle lanes or pedestrianization of streets, for example); proximity care system – with proposals to increase and improve programs for the elderly and dependents, home help and telecare – and culture (supporting cultural programming at a time of weakness in the sector due to the pandemic, policies to support the sector, creation of a network of cultural infrastructures or the digital updating of all cultural institutions: libraries, museums, houses of culture, etc.).

In addition, the Government addresses another of the mayors’ concerns: the hole that will remain in transportation services due to the almost four-month hiatus in which the public media have continued to operate with little income. Montero’s proposal is a fund of 275 million to offset the extraordinary deficit generated during the state of alarm, as well as the one that occurs until the end of 2020 due to the reduction in fee income and extraordinary costs by COVID-19. “The Fund may be expanded to 400 million provided that the insufficiency of the initial endowment is justified and proven,” explains the Executive.

Likewise, the Government agrees in writing to seek ways to include local corporations in the distribution of reconstruction funds that come from the EU. Negotiation in Brussels is key to the revival of the Spanish economy.

The text also includes some palliative measures for municipalities with liquidity problems through loans – in the case of those with a negative surplus – or transfers from the 2019 surplus that will exceptionally be considered financially sustainable investments and will not count as a spending rule.

Local commerce is part of the solution to this crisis