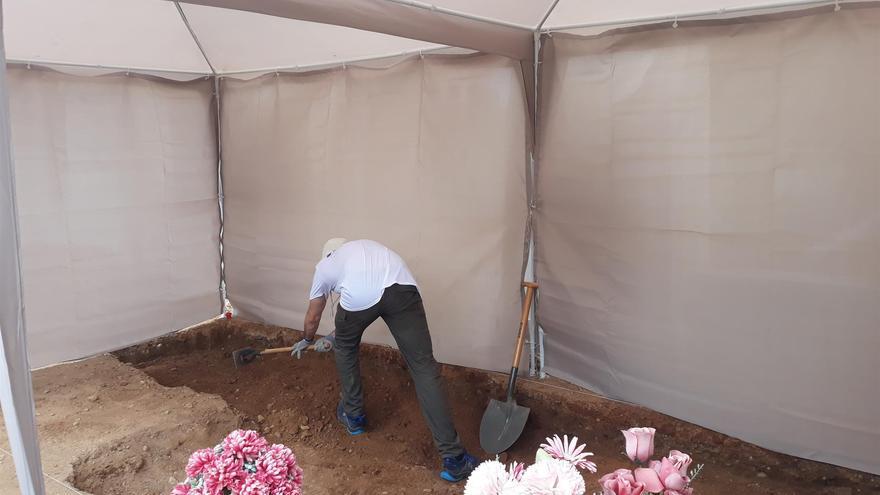 The Government will allocate 750,000 euros to activities related to the recovery of the Historical Memory, of which 450,000 will go to the exhumation of people buried in graves, according to a ministerial order published this Wednesday in the Official State Gazette. In it, the regulatory bases of the subsidies destined to the recovery of the Democratic Memory and the attention to the victims of the Civil War and the Franco regime are established.

The forecast is that the announcement of these grants, which has not occurred since 2011, will be published during the next month of September. According to a note from the Ministry of the Presidency, Relations with the Courts and Democratic Memory, this order seeks to “immediately” promote actions related to historical memory.

The Government will promote a financial support program for the municipalities, through the Spanish Federation of Municipalities and Provinces (FEMP), to carry out search and investigation work in mass graves. This constitutes the first step of the future State Exhumation Plan, which the ministries estimates will be operational between 2021 and 2024.

These grants are aimed at associations, foundations and other private non-profit entities, as well as universities and public research organizations, as well as groups of individuals who have incorporated among their objectives or activities those related to the recovery of Democratic Memory.

The order published this Wednesday establishes four types of actions that may receive subsidies, as well as a maximum amount for each of them. Those directed at the investigation, location, exhumation and identification of disappeared persons in graves and those destined for their dignity may receive aid of up to 16,000 euros, which could be expanded to a maximum of 30,000 when it comes to interventions in large graves.

The carrying out of studies and investigations related to the recovery of the Democratic Memory, as well as the moral recognition of the victims of the Civil War and the dictatorship may be endowed with up to 12,000 euros. The subsidies will reach 5,000 euros in the case of publications, as well as for the organization of courses, workshops, conferences, exhibitions and other scientific and / or informative events on Democratic Memory. And up to 10,000 euros for activities of compilation, conservation, study and dissemination of the written, oral, audiovisual or intellectual documentary heritage of the Civil War and / or the dictatorship.