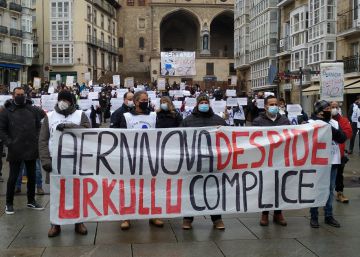 The massive use of temporary employment regulation files (ERTE) in the current economic crisis caused by the global pandemic of Covid-19 has changed the perspective from which companies approach their cost adjustments. Thanks to this tool, which has managed to protect the employment of 3.4 million wage earners, the job destruction between mid-March and the end of April (when almost a million jobs, almost all temporary, disappeared) was not much greater.

Faced with this evidence, the Economic Vice President and Minister of Economy, Nadia Calviño, already suggested in August that social dialogue should address whether ERTE should “transform from the shock instrument that they are now to an opportunity for workers to receive training and requalify, in line with what Germany does ”.

Now, the Government would have taken up this idea but introducing a nuance: so that companies could use these ERTE in better conditions as an alternative adjustment measure to layoffs, they should have staff with more permanent contracts, according to sources familiar with the project. And both Economy and Labor would be looking for the most suitable formula.

This would aim to consolidate this type of temporary adjustments as a means of flexibility for companies, alternative to the use of temporary contracts. And that, in any case, ERTE are a priority in the face of layoffs, insist other sources familiar with this formula, not yet fully designed. At the end of the day, temporality, in both models has a cost for the public coffers because the worker goes to unemployment on a rotating basis. Although, the model of consolidating ERTE as the most common means of internal flexibility “will only work if there is money for companies,” indicate sources linked to a business organization. They are referring to the possibility of maintaining some type of exemption from business contributions.

However, social dialogue sources assure that the proposal has not been officially formulated at the negotiating table. Among other things, because the dialogue on the labor reform, the repeal of its most harmful aspects and possible new measures, in whose negotiation this new design of the ERTE would be framed, has not begun.

In addition, the consolidation of these temporary employment adjustments would be accompanied, according to the idea that the Executive manages, by training plans for workers affected by the suspensions, in the same way that occurs in the German ERTE model. In fact, the Ministry of Labor has already taken a first step in this regard, approving a ministerial order that gives priority to those affected by ERTE to participate in training courses for the unemployed and employed.

But no one is aware that this use of ERTE would have a high budgetary cost, and that it would surely be accompanied by a rise in contributions due to the contingency of unemployment. At that point, the Governor of the Bank of Spain, Pablo Hernández de Cos, recently recommended to the Government that it seek a way to link the structural reforms of the economy that Brussels requires of it with European funds for recovery in order to finance with these ” the costs of transition ”that these reforms will generate.

Precisely, one of the most repeated demands of the European authorities is the need to put an end to the excessive duality of the labor market, which is highly polarized between workers with permanent contracts and better protection and temporary ones, with much more precarious conditions. This so dualized scheme – and which has also generated criticism from the International Monetary Fund (IMF) – is the main reason why Spain destroys more jobs than European countries in crises, since the first adjustment that companies resort to is dispense with temporary contracts as their short contracts run out.