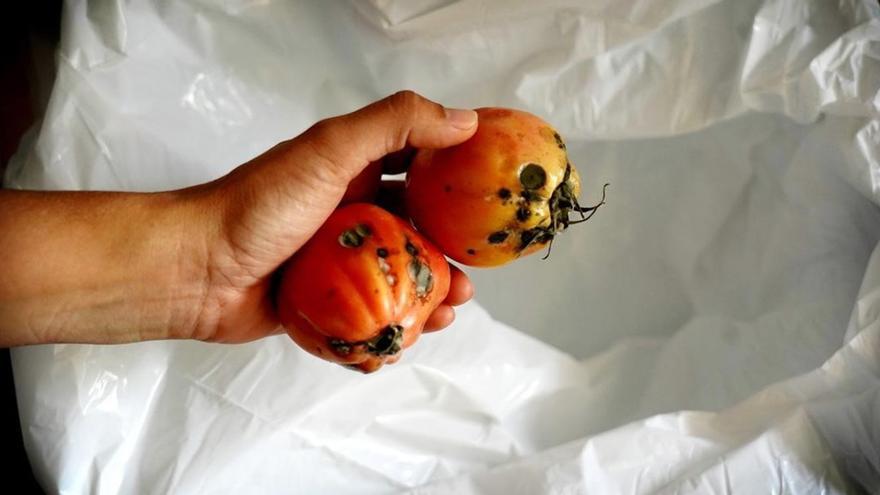 “There is no food product more expensive than the one that ends up in the garbage, than the one that is wasted,” said the Minister of Agriculture, Fisheries and Food, Luis Planas, during the press conference after the Council of Ministers.

The Food Loss and Waste Prevention bill consists of 15 articles, four final provisions and an additional one, as Planas insisted, adding that the rule seeks to produce a drastic reduction in food waste without consuming that ends up in the garbage and promoting a better use of them.

The minister has highlighted to the media that, in 2020 Spanish households threw away more than 1,300 million kilos of uneaten food, 31 kilograms per liter per capita. In another perspective: “three out of four Spanish households waste food”.

Planas also recalled that in the waste of food and drink there is also an “ethical” and “moral” point of viewTaking into account that a part of the planet is hungry and 1.6 billion are “malnourished”.

In his opinion, this is a situation that, “without a doubt”, must be “rejected” and considers an “ethical imperative” for society to engage In this matter, which, he has indicated, damages the whole of it, because it makes access to basic necessities more expensive, wastes scarce natural resources, increases waste and environmental impact, and weighs down the efficiency of the productive sector and its competitiveness.

The legislative initiative aims to establish a “new perspective” of good practices to avoid food waste with actions throughout the food chain, from its origin in the harvesting process itself, to consumer habits in homes and restaurants.

Thus, it establishes that “all” the agents of the food chain must have a prevention plan to avoid waste, and establishes a hierarchy of mandatory priorities, the first of which is the use for human consumption, through donations to non-profit companies or food banks.

For the donation of food, the food industries, commercial establishments and hotels and restaurants must sign agreements with the receiving organizations in which the conditions of collection, storage and transport and the selection of food, among other aspects, must be specifically collected.

Food donated must have a sufficient shelf life to allow safe distribution and use to its final recipients.

Both donor agri-food companies and recipient organizations are obliged to guarantee the traceability of donated products through an entry and exit registration system.

In the second order of hierarchy, foods that are not sold but that are in optimal consumption conditions must be transformed (juices, jam, creams).

And, Planas explained, When food is not fit for human consumption, it must be used as by-product for animal feed or for “other sectors”. As an example, he has pointed out the possibility of being used as “composting in agriculture” or as “energy material” for the manufacture of biogas or other fuels, among other possibilities.

Another of the new obligations for the agents of the agri-food chain happens because these will have to prevent the disposal of food in the garbage. Among other measures, the Government includes in this regulation that products with expired preferential consumption date are presented to the consumer separately and clearly differentiated from the rest, with lower prices, or destined for donation.

“We want to generalize that on the part of the person who carries out the sale, specific promotions of food and beverages close to expiration or to the date of preferential consumption are carried out”, explained Planas, who has pointed out, once again, that this should be done whenever the product is in good condition for consumption.

In addition, it has pointed out that The law includes as a measure that stores of more than 400 square meters must have a specific linear or ‘corner’ where certain products are presented that, although they are in perfect condition for consumption, present a “rejectionable appearance by the consumer”.

Along these lines, they will have to encourage the sale of seasonal, local, ecological and environmentally sustainable foods and in bulk, and improve information on their use.

From restaurant to home with reusable packaging

Hospitality and other food service establishments will have to offer their customers the possibility of taking, at no additional cost, what they have not consumed and they will have to report it visibly, preferably in the letter or menu. To do this, they must have reusable suitable containers.

In addition, all agents in the food chain must report annually on food losses, as well as compliance with their prevention plans.

On the other hand, the bill stipulates that the Government will adopt public policies and measures to promote the adaptation of the dates of preferential consumption to the prevention and reduction of losses and food waste, and, where appropriate, the possibility of putting on the market products with a preferred consumption date exceeded, for which the criteria established by the European Union in the legislative proposals on the matter will be taken into account.

Another novelty is that the Ministry of Agriculture, Fisheries and Food must prepare a National Plan to control food losses and waste which will contain the general objectives and priorities to be followed and which will be integrated into the Strategic Plan.

Likewise, public administrations will be obliged to carry out informative and promotional campaigns to encourage responsible food consumption and promoting the prevention and reduction of food losses and waste, as well as developing good practice guides aimed at improving food management.

The law contemplates four types of sanctions in the matter of donation and food that can be punished with fines ranging from 6,001 euros to 150,000 euros.

With this rule, the minister explained, Spain becomes the third country in the EU to legislate on this matter, after France and Italy. Even so, he has indicated that the text has not started from scratch and has recalled other campaigns and initiatives of the Executive to avoid food waste.

This bill begins, after its approval in the Council of Ministers, its processing, the first phase of which is public consultation and discussion with the Autonomous Communities. Planas has called for citizen involvement and has pointed out that the intention of the Government with this law is to initiate a “social debate” on food and the acquisition of these.