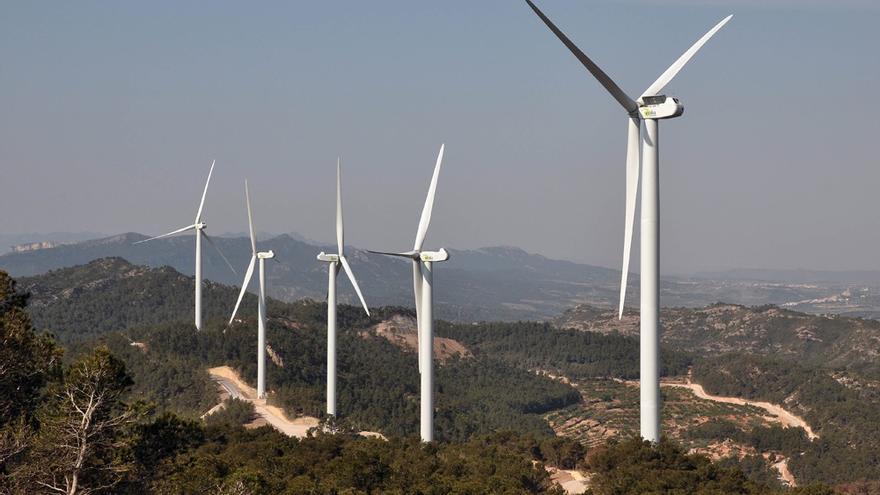 The Government plans to reduce the size of wind farms that must pass the strictest environmental evaluation process. The Ministry of Ecological Transition reduces the minimum number of installed wind turbines from 50 to 10 to undergo the most demanding ordinary process, saccording to a draft of royal decree. Furthermore, if the project is located in a protected space, there will be no minimum size to force this type of evaluation; Until now they had to reach at least 10 windmills.

These changes are within a review of the list of projects that require an environmental assessment, that is, a study that guarantees “adequate prevention of the specific impacts that may be generated, while establishing effective correction or compensation mechanisms. “, as established by law. In addition to wind farms, the new list includes irrigation, hydraulic infrastructure, reforestation or soil transformation projects.

The issue of wind turbine parks comes at the time that there is a accelerated rise of these projects in rural areas. The introduction of renewable energies responds to the need to disengage from fossil fuels, which are the cause of the planetary climate crisis. The point is that the resources to generate renewable energies are not distributed throughout the territory, but there are areas rich in usable wind or sun. At the same time, there are areas that can support the installation of infrastructures and others that, due to their environmental sensitivity, cannot. 50% of the territory is “not suitable” for these projects, according to the official Ecological Transition map.

Thus, plans to place mills have proliferated on the Cantabrian coast, in Teruel, in the north of León or in Galicia. The multiplication of projects has raised fear and protests from affected populations (united in several platforms) due to the fear of an uncontrolled development in the heat of the boom of green energies.

The accumulation of new plans has made the Xunta de Galicia itself announced this week an 18-month moratorium for new wind projects of its competence until being able to process the 275 projects that it has accumulated. In Catalonia, the government agreement between ERC, Junts and the CUP also introduced a brake by specifying that “no project with high territorial impact” will be given “viability” in its point on energy and climate action.

What the Ecological Transition review does is, in principle, that the ordinary evaluation – which implies more analysis, more technical reports and, therefore, more timeframe – is applied to more projects by reducing the minimum size of the parks that will be seen. involved. After the downward modification of terms decreed by the Executive in December 2020While the strict evaluation implies more than a year of processing, the simplified one lasts approximately three months. The evaluation is the instrument that both the Renewable Energy Association and the fourth vice president of the Government, Teresa Ribera, have indicated to reassure the inhabitants of the areas where wind projects are beginning to be concentrated.

“It will guarantee more demanding environmental impact assessments,” they say in Ecological Transition. The text that modifies the annexes of the Environmental Assessment law “increases the number of projects” that must be submitted to this analysis, and assesses: “Thus, protection is increased.” The Ministry has calculated that the types of projects included in the lists that require an environmental evaluation will go from 81 to 90.

In addition to wind farms, the transformation into irrigation –or consolidation– of more than 100 hectares due to their consumption of water resources has also been included in the list of projects that will require a more complete environmental review (they are currently undergoing simplified assessment). This new risk area is limited to only 10 hectares if the water to be used depends on protected areas or is extracted from masses in poor condition, overexploited or at risk of being so. This examination will also be required if the water that leaks from the crops (loaded with agrochemicals) returns to aquifers or damaged lakes or lagoons or areas vulnerable to chemical contamination.

40% of all the waters that Spain lives on are in poor condition, according to the analysis of the hydrographic confederations. 24% of aquifers are overexploited by extracting more water than they can recharge. Water consumption already causes shortages to spread even in years with normal rainfall. The major consumer of water is the irrigation sector.

In this hydrological field, the full assessment will be applied to dams that intend to flood (new or additional) 100 hectares or more. Damming projects that keep 5% of the flow of a river or that are planted in natural spaces and live off that water have also been incorporated. The text especially mentions rivers that are inhabited by migratory fish: both those that return to the riverbeds from the sea, such as salmon, and those that make the reverse journey, such as eels.

The obligation to environmentally evaluate projects to plant non-native forest species with the aim of changing the function or use of the soil is also a novelty. If the plan is drawn up in a protected area, an area of ​​10 hectares will suffice to require this analysis. If the plantation is planned in other spaces, the threshold for making a simplified assessment will be 50 hectares. The standard considers non-autochthonous trees those different from the vegetation that characterized that area. An example could be a eucalyptus exploitation in areas where it has never been established.

The draft decree specifies what a protected natural area considers, where the thresholds for any project to have a more exhaustive analysis are lower. The text, now in public information, makes direct reference to the Natura 2000 Network, the Ramsar wetlands of international importance (such as the Mar Menor or the Tablas de Daimiel), the World Heritage sites (such as Doñana), the areas of the North-East Atlantic Marine Environment Convention (OSPAR), core areas of Biosphere Reserves or specially protected areas of the Mediterranean coastal region (Zepim) as is the cetacean migration corridor that runs between Girona and Alicante and parallel to the Balearic Islands archipelago.