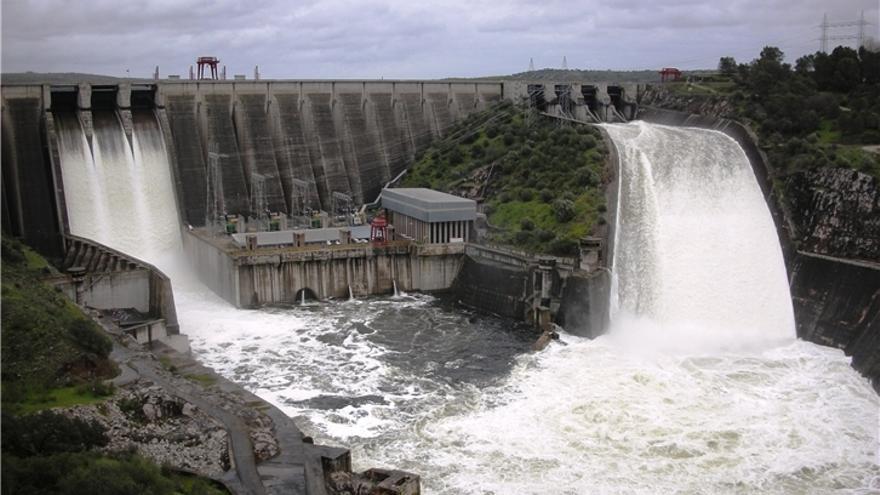 The Government intends to revive, with some changes, the canon for hydroelectric production that the Government of Mariano Rajoy introduced in 2012 and that the Supreme Court overturned in April 2021. The path chosen has been two amendments by the Socialist Parliamentary Group in the Senate to the Waste Law.

A little less than a year ago, the High Court agreed with the electricity companies and knocked down that canon, forcing companies in the sector to return 1,907.67 million euros for what was collected between 2013 and 2020. That amount is one of the the most significant games in the succession of fiascoes of the Government of Mariano Rajoy that have had to be charged to the public accounts in recent years and far exceeds the hole left by the failed Castor gas warehouse. It has been paid in the midst of the electricity price crisis charging it to the public deficitthrough an agreement adopted by the Council of Ministers on December 21.

The canon is levied at 25.5% on the billing for the production of the largest plants. It was launched in 2015 by the then Minister of Industry, José Manuel Soria, to tackle (it was said at the time) the multimillion-dollar electricity system tariff deficit. But the Supreme Court's ruling annulled its retroactive nature (years 2013 and 2014) and decreed that the Hydrographic Confederations (in charge of collecting it) could not claim it from those concessions whose owners did not give their express approval.

The reason is that the PP forgot to modify an additional provision (the first) of Law 15/2012, on Fiscal Measures for Energy Sustainability, regarding the "adaptation of hydroelectric concessions", which the Socialists now propose to repeal through an amendment in the Senate. In it they also propose to eliminate a good part of the articles and provisions of the Royal Decree of 2015 that launched the canon through a development of the Water Law. In another of the amendments presented, they propose to modify this last rule.

As a justification, the socialists point out that the current wording of that transitory provision that they propose to delete "establishes a precondition for applying the canon to the existing concessions at its entry into force on January 1, 2013: the Confederations have to review the concessions before to collect the tax. This requires that both parties agree on the terms resulting from the review, which means that the taxpayer has the ability to stop the tax." And "its enforceability cannot depend on an acceptance of the conditions that govern the concession by the concessionaire," they explain.

Sources in the sector interpret that, with this amendment, the canon may be reapplied to existing concessions and those given in the future, although the money already returned to the power companies cannot be recovered. The same sources believe that the normal thing would have been to introduce this legislative change through its own development or through other bills that are also being processed, such as the fund to remove renewables from the tariff or the cut in extra CO2 revenue. . But both are still in Congress and the Waste Law is much less controversial than those regulations.

The socialists state in their justification of the amendments that the introduction of the canon "has led to a great deal of litigation, which advises an update and improvement of its regulation" through a modification of article 112 bis of the Water Law, "as well as the repeal of the first transitory provision of Law 15/2012 and certain articles of Royal Decree 198/2015".

The reform, exposes the Socialist group, will allow "a truthful control by the Administration of the self-assessments presented by the owners of the hydroelectric exploitations", upon receiving the precise information for it from Red Eléctrica or the Electricity Market Operator, "what which will represent an important improvement and, ultimately, a greater possibility of financing the activities of control, quality improvement, procedures and protection of the Hydraulic Public Domain".

The proposed text states that, after the Supreme Court rulings, "the new proposed article 112 bis clarifies various issues: it details the purpose and destination of the proceeds; it specifies the determination of the tax base, calculating separately for each hydroelectric generation facility for each calendar year of operation of the installation; it defines the power with precision with methodological effects; it establishes the scheme of the associated information obligations"; and "specifies the taxpayers of the canon, including the holders of hydroelectric exploitation that do not have a concession title."

In the other amendment presented, the socialists propose a new wording of article 112 bis of the Water Law. The fee "will only be applicable in hydrographic basins under state jurisdiction." Its accrual "will occur with the initial granting and annual maintenance of the hydroelectric concession." And "the holders of a hydroelectric use will be passive subjects of the canon, as taxpayers."

Regarding the destination of the income obtained, "the canon collected will be considered an income of the Basin Agency, being entirely destined to finance control activities, quality improvement, procedures and protection of the Hydraulic Public Domain that will be defined by regulation". In its original wording, the canon was intended "for the protection and improvement of the hydraulic public domain" and the Public Treasury entered 98% of the proceeds. 2% went to the basin organization.

In addition, if in the original wording "hydroelectric exploitations exploited directly by the General State Administration" were exempt, now those that depend on "their competent public bodies" will also be exempt.

Of the more than 1,900 million that have had to be returned by the PP canon, the vast majority has gone to the accounts of Iberdrola, Endesa, Naturgy and Acciona. Only for the first four years, from 2013 to 2016, Iberdrola, the company that benefited most from the Supreme Court ruling (it controls half of the hydroelectric power in Spain), collected an "extraordinary effect" of 417 million euros in its accounts for the period January-September.

Naturgy, the only one of the large electricity companies that has presented its accounts for the past year, explains in them that the sentence "has led to the recognition of an amount of 191 million in 2021", corresponding to the amounts settled as canon between 2013 and 2020, "and 30 million euros of default interest". "As of December 31, 2021, 204 million have been collected," she indicates.

As for Endesa, this company had claimed another 48 million euros until September only for the first two years.

When the sentence became known, the return was estimated at around 500 million, but the final figure has been almost four times higher. The electric companies tried to knock down the canon in the Court of Justice of the EU. The European court endorsed its nature as an environmental tax, but did not go into whether or not it contravened other Spanish regulations, as the Supreme Court finally determined.

The High Court upheld an appeal by Unesa, the employer's association renamed Aelec a few years ago, and which for more than 20 years has had as secretary general the State attorney on leave of absence Pascual Sala Atienza, son of the jurist Pascual Sala Sánchez, former president of the Supreme Court, the General Council of the Judiciary and the Constitutional Court.