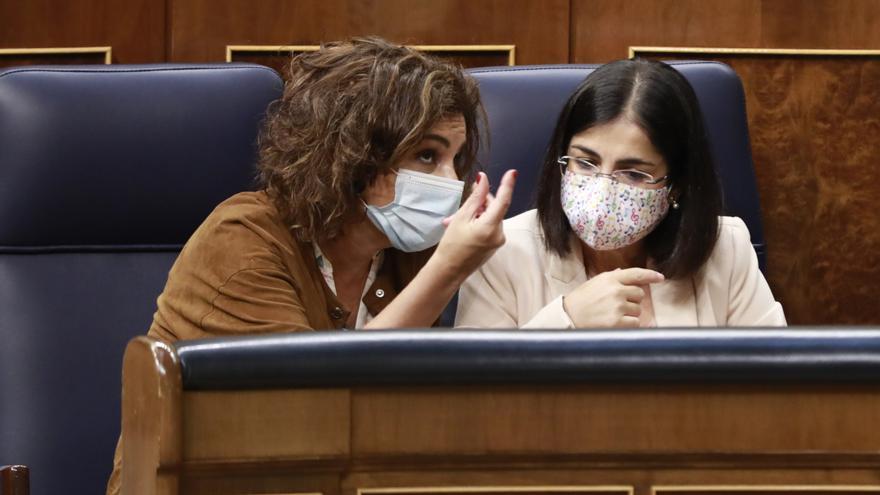 The Government has decided to suspend the fiscal rules for all administrations for this year and 2021, after communicating the European Commission that it also extends for next year the authorization to the Member States not to be subject to the deficit, debt and public spending targets .

This has been one of the constant requests of the presidents of the Autonomous Communities, who, given the expenses generated by the pandemic and the fall in income due to the economic slowdown, demanded a relaxation of the three fiscal rules: debt objective, deficit objective and spending rule. The suspension will also pave the way for budget negotiations with parties such as the PNV, ERC or EH Bildu, which reproached the central government for its delay in approving the safeguard clause that eliminated fiscal rules when the European Union had already done so.

The Government has already rectified after last week’s parliamentary defeat Regarding the spending of the savings of the town councils, before the rebellion of the town councils, the Treasury decided to promote a new decree law with which it will suspend the spending rule, will extend the authorization for the investment of the surplus of the local entities and calculates that it will inject about 3,000 million euros to the consistories. Now raise that suspension to all public administrations.

Montero has assured that the Government will make this suspension effective when the Government approves in the Council of Ministers the ‘spending ceiling’ to its new General State Budgets and presents the new path of budgetary stability for this year and the next, broken down by sectors .

The head of the Treasury has justified this decision to provide all administrations with the “ability to put all resources at the service of citizens” and “maintain social policies and economic stimulus that leave no one behind.”

However, it has said that the fiscal rules are suspended, but not the responsibility of Spain to comply in the future with the Budget and Financial Stability Pact. The Government does not renounce to preserve the principle of budgetary stability and continues to believe in its benefits, which are essential to preserve the sustainability and future of the Welfare State. Therefore, the Executive is committed to continue reducing the public deficit in the coming years, although the current priority is to combat the pandemic, protect families, the self-employed and companies and lay the foundations for economic and social recovery.

The Ministry of Finance argues that the Budgetary Stability Law provides in its article 3 that “the preparation, approval and execution of Budgets and other actions that affect the expenses or income of the different subjects included in the scope of this Law it will be carried out within a framework of budgetary stability, consistent with European regulations ”.

The European Commission already approved in March the general safeguard clause that allows the deficit targets to be skipped to pay for expenses in the fight against the pandemic, but the Treasury decided to maintain the deficit targets with criticism from parties such as the PNV or ERC and the Autonomous communities. Now that Brussels has decided to maintain this clause in 2021, the Government has taken the step when it has to improve the context of negotiation of the General State Budgets.

This measure implies that the budgetary stability and public debt objectives for 2020 are suspended, as well as those set for the period 2021-2023 approved by the Cortes Generales in March and which had been outdated in the current situation. Despite this, there will be some reference deficit levels that will serve to allow the ordinary budgetary operation of both years, they warn from the Treasury.

The suspension of the fiscal rules means that the Financial Economic Plans (PEF) presented by the Autonomous Communities and Local Entities for both years as a result of non-compliance with the objectives established for 2019 must be considered exceeded.

The measure also contemplates that the requirement to allocate the surplus to reduce debt, although desirable, will be suspended in these years. Likewise, the stability objectives will no longer act as a limit on the destination of the surpluses of the CCAA and EELL to finance Financially Sustainable Investments (IFS).

Another relevant consequence is that the suspension of fiscal rules will allow municipalities to use their treasury surpluses to collaborate in the economic and social recovery of Spain.

In any case, although all limitations on compliance with fiscal rules are suspended, monitoring and supervision measures must be maintained, essential for the rebalancing of public finances.

In fact, this suspension does not affect compliance with the obligations set forth in the Organic Law on Budgetary Stability and Financial Sustainability (LOEPSF), or in other regulations, not directly linked to fiscal rules. Thus, in 2020 the terms of the regime for the authorization of indebtedness operations of the Autonomous Communities and city councils are maintained, and the obligations relating to the average period of payment to suppliers, as well as the control of their compliance, remain in force.