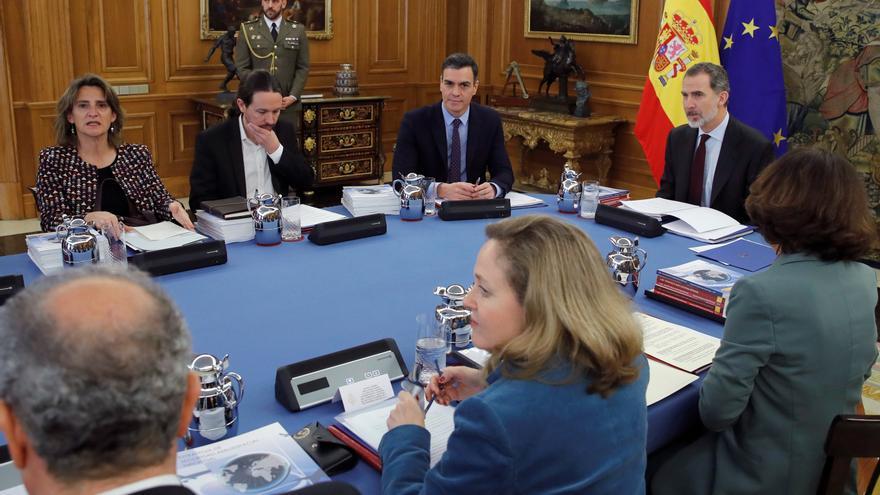 The Government promotes the strategy against disinformation through the publication in the Official State Gazette (BOE) of an action procedure approved by the National Security Council, which renews the one created last year. The objective of this strategy is to combat misinformation and it is the Executive, through various departments involved -among them the Secretary of State for Communication, the Department of National Security or the National Intelligence Center- which is in charge of “prevention , detection, alert, monitoring and response “of this type of campaign. For this, it establishes different levels of action, ranging from monitoring and alerting to coordinating a political response in the event that disinformation affects a third State.

“Given the rapid progress of the digital environment, the intensive use of digital media and the complexity of the topic addressed, establishing means of operation and mechanisms aimed at continuously evaluating the phenomenon of disinformation at a global level and particularly for Spain is essential “says the order that contains the procedure for action against disinformation approved by the National Security Council on October 30 and which is based on the guidelines that the EU launched in 2018 in the face of alleged Russian interference in processes such as Brexit or in elections like the ones in the US four years ago.

The order refers to the “strategic lines” of the European Democracy Action Plan, among which it cites “increasing electoral integrity and guaranteeing that electoral systems are free and fair”; “Strengthen freedom of expression and democratic debate, examining the freedom and pluralism of the media, as well as the role of civil society, and finally”; and “addressing disinformation in a consistent manner, considering the need to examine the means used to interfere with democratic systems, based on actions on the fight against disinformation related to COVID-19.”

“This situation suggests the need for a readjustment of this framework of action and, to this end, the updating of this procedure is being developed, which has served as the basis for the creation of a National System for prevention, detection, alert, monitoring and response whose causes, means and / or consequences are related to misinformation, “says the cited order. Government sources assure that it is limited to complying with a European directive and that in no case is it intended to control the media. “It has nothing to do with the media. It has to do with threats from foreign powers or with organized campaigns, for example, through WhatsApp,” say these sources, who place the strategy in the field of intelligence and not of journalism.

The procedure to combat disinformation establishes a structure of which different government departments are part: from the National Security Council -and the department delegated for this purpose by the presidency- to the CNI through the Secretary of State for Communication and different ministries involved -Interior, Foreign, or the Secretary of State for Digital Transformation and Artificial Intelligence. “In addition, the possibility of collaborating entities from the private and civil sectors, such as the media, digital platforms, the academic world , the technology sector or non-governmental organizations and society that, according to the order, “play an essential role in the fight against disinformation, with actions such as identifying and not contributing to its dissemination, promoting awareness-raising activities and training or the development of tools to avoid its spread in the digital environment “:” In this sense , the competent authorities may request the collaboration of those organizations or persons whose contribution is considered timely and relevant in the framework of the fight against the phenomenon of disinformation “.

It also establishes an activation protocol that is divided into four levels for the work of “detection of disinformation campaigns and their analysis of possible impacts on National Security, as well as for support in the management of crisis situations where there could be an impact derived from said campaigns “. These steps include monitoring, responding to certain campaigns and even – in the latter scenario – “coordination of the response at the political level by the National Security Council in the event of public attribution of a disinformation campaign to a third State. “.

The publication of the order in the BOE and the interpretation in different media that the permanent commission against disinformation that it is a maneuver to monitor and control the fourth estate has had an immediate reaction from the opposition. The PP has demanded the withdrawal of this initiative “which it has approved through the back door and listen to journalists’ associations and media professionals.” Vox has gone a step further by accusing the Government of Pedro Sánchez of trying to “control the opinions of Spaniards on social networks and censor the media that do not applaud him.” The far-right formation has described it as “Ministry of Truth” in reference to George Orwell’s novel 1984.

However, specialists consulted by this means rule out that the rule involves this danger. “It is a norm that puts a bit of internal order between the different departments of the Government that can act in the face of misinformation, which seems reasonable,” explains Lorenzo Cotino, professor of Constitutional Law at the University of Valencia and magistrate of the Superior Court of Justice of the community until 2019.

“When the threat of disinformation is international and comes from a third state, it is reasonable for Spain to try to find out its origin. However, great care must be taken in this matter because sometimes attempts are made to legitimize the restriction of legitimate content based on the action by an external enemy that threatens security “, he adds. “What happens is that it does not go beyond that organization to act, it does not speak even once about what type of measures to address,” concludes the professor.

Carlos Sánchez Almeida, legal director of the Platform in Defense of Freedom of Information, agrees with him: “At the moment there is nothing to assess because the rule lacks substantive content, it is merely organizational. There is no precept in the order that affects the fundamental right “. “The problem of the media that are tearing their garments once again is that it will happen to them as in the story of the shepherd and the wolf: when the Ministry of Truth really comes – which will come – no one will believe anything that the press “, ironizes the lawyer.

A Canarian pizzeria, among the best in Spain