Some 150 Spanish municipalities, totaling 25 million people, will have to create next year a low emission zone, that is, an area with traffic restrictions to improve air quality. The Climate Change law obliges cities with more than 50,000 inhabitants to have them ready before 2023 and the Government has designed four types of zones that municipalities can apply, according to the guide of guidelines of the Ministry of Ecological Transition published this Friday.

The guidelines are not an obligation but an orientation. Each council can regulate its areas “after analyzing each specific case,” says the Ministry document, but they do serve as a roadmap. The guide incorporates four possible typologies –which can be combined–. From the spatial point of view, the basic zones proposed by Ecological Transition are those of the nucleus or those of the ring. 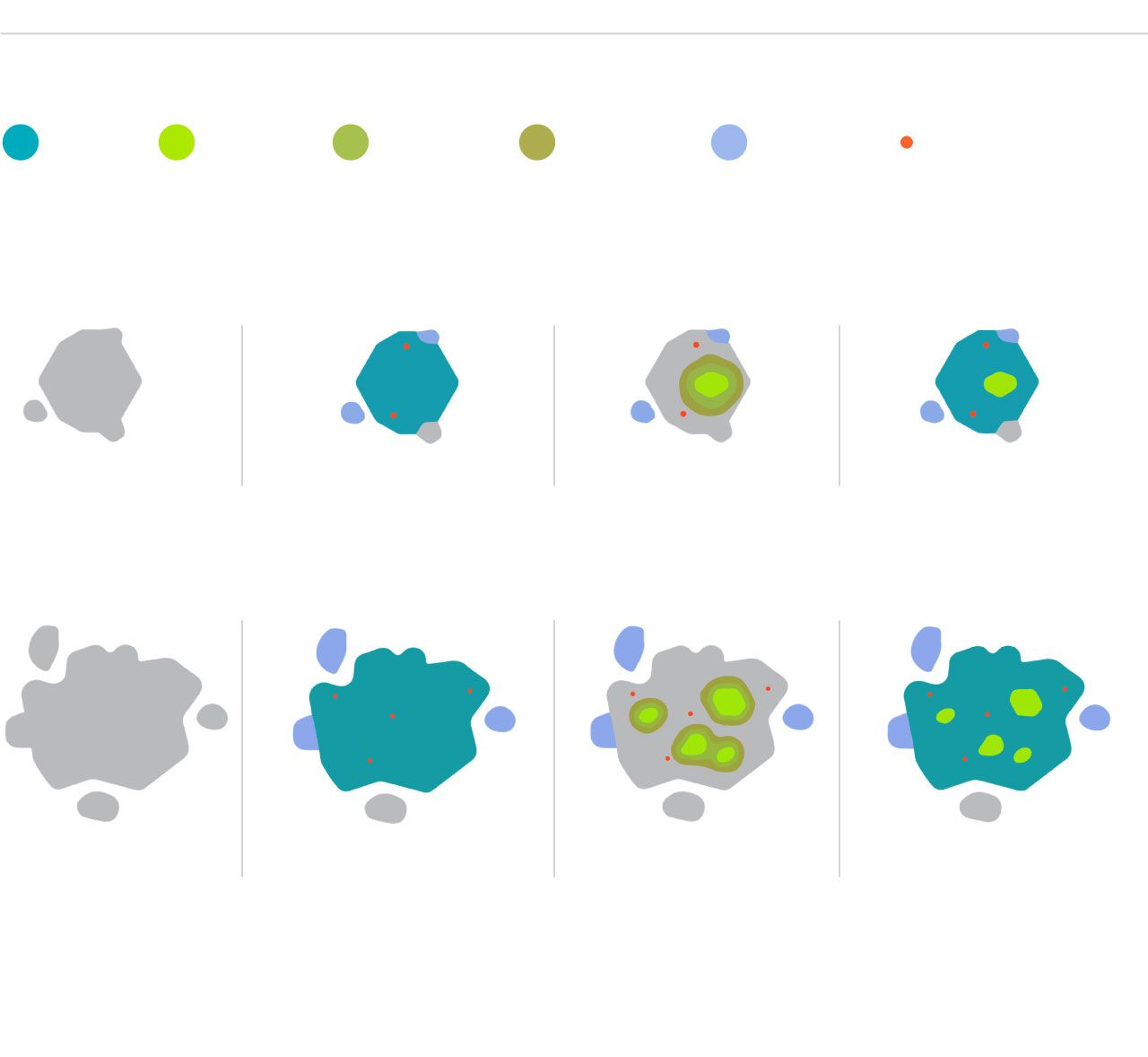 * MAY BE A ZONE OF ULTRA-LOW EMISSIONS. SOURCE: MITECO

* MAY BE A ZONE OF ULTRA-LOW EMISSIONS. SOURCE: MITECO

Low emission zones (LEZs) of this class are the most specific and limited. They affect only one part of the municipality, although the guidelines explain that “it can be positive for neighboring neighborhoods […] carry out a plan to extend the low-emission zone in different phases. “That is, to have planned to expand the LEZ.

The work adds that it is avoided to create a border effect: that the vehicles approach and park in the limits of that nucleus. This would change where emissions accumulate, but it would not lower global traffic or emissions in general. It would only move them from one place to another in the city. To do this, they point out, designers must include in the LEZ enough area to discourage this approach and, in any case, “that it encompasses all air quality measuring stations that exceed the established maximum levels.”

The ring model implies that transition zones are designed towards the nucleus that incorporate progressive measures and regulations as they are closer to the center. In short: a more restrictive core and more permissive outer rings such as the models applied in London (UK) or Milan (Italy). Similarly, each ring has to be wide enough that it is not useful to approach the border by private car as a way to travel to the center.

In addition to these basic formulas, the work of the Ministry offers two other complementary types: the special zone and the specific zone. The first refers to areas that are poles of special attraction and, therefore, places potentially saturated with traffic. In this category appear industrial estates, university campuses, health centers or business parks. Are points hot where peak hours concentrate a large number of private vehicles. Due to this idiosyncrasy, the guidelines specify that creating a zone in these areas will imply the design of a special transportation plan that facilitates access to work.

For these cases, the guide exemplifies with “sections of street in which it is desired to ensure an environment of greater environmental quality and safety”, while it is intended to reduce emissions due to the presence of vulnerable population groups. School access falls squarely in this category. And a word of caution: these spot areas cannot be used to artificially improve air quality data from measurement stations. It is not legal to create a zone ad hoc around a meter with the idea of ​​reducing pollution in that problematic meter.

For all cases, the Ministry of Ecological Transition explains that it is possible to create ultra-low emission zones where the restrictions are more demanding than in the rest of the areas.

Lastly, cities with less than 50,000 inhabitants will be able to create and activate temporary low-emission zones for times when they anticipate a significant increase in traffic, such as summer holidays or during mass events.

In any case, each LEZ implemented by municipalities must meet the objective of improving air quality and, therefore, people’s health, as well as mitigating climate change. The European Environment Agency has estimated deaths a year in about 30,000 in Spain due to poor air quality due to PM 2.5 particles (mainly from diesel), nitrogen dioxide and tropospheric ozone. Regarding greenhouse gas emissions, road transport in general accounts for more than 25% of the CO2 emitted in Spain, according to the National Emissions Inventory.

Ecological Transition has maintained, after analyzing the draft guidelines, the system of environmental labels for vehicles to give access to low-emission zones. “Even though it can be improved, the appropriate instrument to establish restrictions is the DGT’s environmental badge,” they say, “as it reflects the emission levels of vehicles.”

Groups such as Ecologists in Action have insisted that these stickers, precisely, allow an environmental mark to show up on cars that still release a lot of pollution. This Thursday, Greenpeace, Ecodes, the Fundación Renovables, Transport & Enviroment and the same Ecologists ugly that a reform of this labeling has not been undertaken that they criticize for “classifying as ‘ecological’ vehicles that, in real driving conditions, are more pollutants of what they claim to be. ”

It is also contemplated in the document the possibility of applying a toll or access fee to the zones with an amount that varies either by the type of car that enters the restricted area -according to the principle of “the one that pollutes the most pays the most” – or depending on the time of day in which it is accessed so that in times of congestion raise the price.

The toll, according to this guide, has the virtue of, on the one hand, pushing towards a more sustainable transport model that reduces traffic. And on the other, to generate an economic flow that helps to improve the public transport system and adapt the urban space to pedestrians or cyclists.