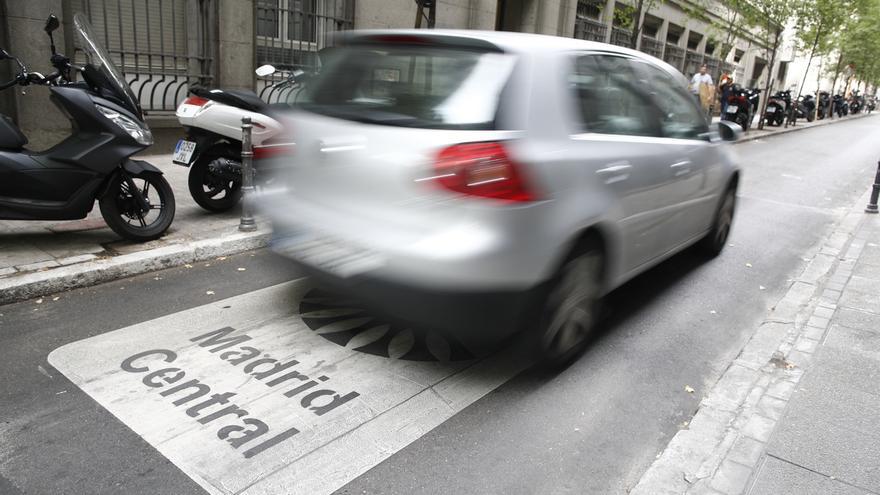 “Whoever pollutes pays.” The Government sees good that Spanish cities with more than 50,000 inhabitants apply an eventual toll for cars that access the low emission zones (ZBE) that they must have active in 2023 to comply with the Climate Change law. “The toll appears as an effective measure to (…) reduce the volume of traffic”, describes the Ministry of Ecological Transition in its draft guidelines for the creation of LEZ.

Miguel Álvarez, civil engineer and mobility consultant at the Mobility Institute Berlin, analyzes that “the toll is a stick-type measure that in turn requires another carrot measure.” It refers to “promoting and improving public transport for these journeys.” Álvarez explains that the payments implemented in cities such as London “do have a rapid effect on reducing vehicles with what this means to relieve traffic and the environment, but they also need that alternative offer.”

Regarding the equity problem that is linked to tolls, Miguel Álvarez understands that “normally, those who use the private car to move from outside to within the city are not those with the least economic resources.”

Low emission zones are a mandate of the climate law approved on May 13, which affects 149 cities where more than 25 million people live. Ecological Transition prepares a guide for the implementation of this measure that makes clear the obligations: each zone must contribute to the “mitigation of climate change”, that is, reduce greenhouse gas emissions.

In addition, they also have to improve air quality by reducing “air pollutants” and “vehicle noise”; promote more sustainable transport and the recovery of public space and provide energy efficiency. The Government plans to allocate 2.9 billion euros of recovery funds to the creation of these zones and draws up these guidelines as it considers the measure a “key instrument of national planning to respond to emission reduction commitments.”

The document, now on public display, contemplates the toll road, but adds that an LEZ cannot be anything: “The size must be significant and sufficient to meet the objectives.” At the same time, the area must have air quality measurement stations, know the concentrations of gases that occur in that area, the sources of pollution and the factors that cause high levels of toxins in the air.

Álvarez insists that “the zones should not seek to suppress trips but transfer them to more sustainable, cheaper and less traffic jams, so a measure like this must adhere to alternative formulas that allow these trips.” In his opinion, the LEZs by themselves have a positive effect, but with complementary measures it “multiplies”.

The push to the LEZs brought about by the Climate Change law in Spain will come almost two decades after Central European cities began to analyze how to promote the shift from car transport towards less polluting modes. Dozens of cities have already implemented traffic restrictions in certain areas.

This tool, applied in one way or another in a multitude of municipalities in Europe, apart from being applied late in Spain, has starred in journeys of advance and retreat such as that of Madrid Central in the Spanish capital: this Monday, the City Council approved a new regulation which, in the end, will authorize the entry of thousands of extra vehicles into the LEZ compared to the area launched in November 2018.

When activating access control systems to an LEZ, the Ministry affirms that the DGT stickers (the environmental badges CERO, ECO, B, C …) are “the appropriate instrument to establish restrictions”. Some organizations such as Ecologists in Action have pointed out how the stickers have back doors and offer an environmental badge to still polluting cars.

And this is where the payment for access to cars that did have permission to enter a restricted area appears. Thus, in addition to the labels, the document adds that “access and circulation in the LEZ may include the payment of a fee whose amount may vary depending on the conditions of the vehicles”, that is to say: the cars that emit more would pay more . The toll is a useful tool to promote “modal change” since it “translates the negative impacts of the automobile into economic terms that are clearly perceptible by the public”, describe the guidelines.

A study for ESADE by researchers of the Universities Pompeu Fabra, Barcelona and Rovira i Virgili concluded last April that “tolls are more effective than [solo] LEZs “because they simultaneously reduce” pollution and congestion. “The study reviewed the measures in 130 large cities in 19 European Union countries.

The harm to people’s health caused by pollution, from microparticles ground-level ozone is increasingly proven. Similarly, land transport based on gasoline or diesel vehicles accounts for 25% of all greenhouse gases (the cause of the climate crisis) that Spain releases into the atmosphere. The cities are at the center of the problem since, of that volume, a third originates from displacements within cities, the draft indicates. Short trips in metropolitan areas increase that percentage to 70%.

To this, the ESADE study adds that traffic jams represent “a cost of 840 million euros” for the “extra time spent traveling”. Barcelona and Madrid “would bear losses of up to 175.5 and 187.5 million euros, respectively.”

The master lines set by the Executive attribute as a positive effect of the toll the “income flow” that can be used to “improve the pedestrian public space, cycling infrastructures and for public transport.”

Tolls have been applied much less in Europe: London, Stockholm, Gothenburg (Sweden) and Palermo (Italy) are the cases studied by these researchers. While up to 45 cities have implemented some type of restricted traffic area. The difference lies, not in their effectiveness, but in “social acceptance: tolls are much more unpopular.”

However, there are examples of how tolls have been introduced that provide lessons. In Stockholm, polls prior to the establishment showed a rejection of the population of 70%. After the information and negotiation processes, the city implemented the toll for a six-month trial period. Then he returned to the previous situation for another half year to, once both periods had concluded, submit the toll to a referendum. Won payment.

In this context, dry low emission zones act on some types of vehicles, therefore they are limited to a number of drivers. The toll, in principle, applies to everyone. The work of the researchers for ESADE highlights the benefits of “combining instead of opposing urban tolls and Low Emission Zones. The authorities obtain a greater margin of maneuver”.

In any case, the document prepared by the Ecological Transition summarizes what the spirit of the measure established by the Climate Change law should be: “The access and circulation criteria must be aimed at discouraging as much as possible the access of private motorized vehicles in general. , regardless of the environmental label it holds “. Fewer private cars, more space for pedestrians, bicycles and public transport to emit less greenhouse gases that force climate change and poison the air.