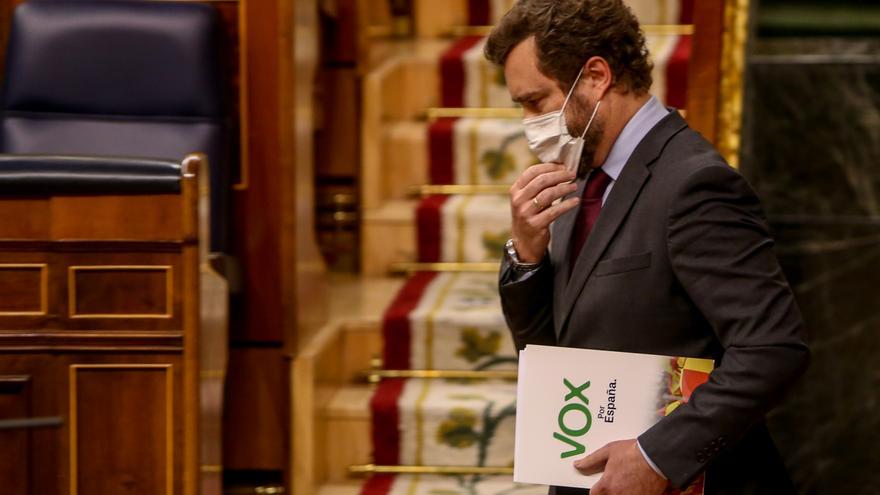 Although for the minimum, the Government will manage this Thursday to carry out in the Congress of Deputies the validation of the royal decree of urgent measures for the modernization of the Public Administration and for the execution of the Recovery, Transformation and Resilience Plan that establishes the general provisions required to facilitate the programming, budgeting, management and execution of the actions that can be financed with European funds, of which Spain will receive 140,000 million euros.

The validation, which has been opposed by PP, Ciudadanos y Junts, but also ERC, one of the Executive’s partners in the investiture and Budgets, will finally be approved thanks to the abstention of Vox, an antagonistic formation regarding the interests of the Government . The royal decree will have the vote in favor of the PSOE and United We Can, which will predictably be joined by partners of the investiture and the Budgets such as the PNV, EH Bildu and Más País, who, however, during the debate this Thursday have harsh reproaches against the Executive chiefly for not having negotiated the royal decree with the opposition parties.

During his speech in the Plenary, the Vox spokesman, Iván Espinosa de los Monterios, had considered the European funds as “key to the recovery of Spain”, although he has assured that “badly invested” can take the country back “to years of waste , propaganda and inefficiency “. The parliamentarian has attacked the government’s management for “depriving all groups of any participation” in the decree and for applying, according to him, the “roller” of his majority in a “partisan” norm that “does not keep aesthetics or ethics”. “This opaque mechanism is the shortest path to corruption and we will be vigilant. The Spanish deserve no less,” he warned from the lectern.

Despite this speech, however, Espinosa himself has later confirmed his abstention, which will allow the Executive to validate the decree with a tight majority, arguing that what the far-right formation wants is that “the funds reach the Spanish as soon as possible “. He has also specified that “there has been no negotiation” with the Government to encourage his abstention.

Criticism has also rained down on the Government from the parties that have announced their ‘yes’. Idoia Sagastizabal, the PNV deputy who has intervened during the debate on the decree that has taken place in an extraordinary plenary session of Congress, has criticized that the norm was approved in the Council of Ministers without “dialogue and consensus” with the whole of the parliamentary forces. Basque nationalists do not “like” a royal decree that, in their opinion, “reflects a centralized management dependent on the Government” which, furthermore, does not correspond to the “co-governance” defended by the Executive.

The PNV asks the Government to “change the modus operandi”

However, he has announced the ‘yes’ of his group considering that if the validation did not go ahead, he would be sending “a message of instability.” “Once again, my group takes responsibility for a decree that we do not like,” said Sagastizabal, who has accused the Government of acting “as if it had an absolute majority” and of not having “anyone.” “Change the modus operandi. Today, once again, we will remove the chestnuts from the fire. But you can’t always ask the same party to give in because my group’s patience also has a limit ”, he warned.

Along the same lines, the EH Bildu spokesman in Congress, Oskar Matute, has reproached the Government that in the “process” of validation of the royal decree “there has been a lack of transparency.” “It is not normal that every day we wake up with demands from the European Union that no one but the Government knows,” he added, in addition to ensuring that the Executive’s action “has lacked co-governance.”

In any case, Matute has shown himself willing for EH Bildu to be “decisive and decisive” in this Thursday’s vote, in which finally everything points to the fact that he will vote yes, “to improve people’s lives.” That is why it has announced that the pro-independence party would not block the royal decree, in addition to having achieved “the commitment of the forces that support the Government” so that the decree “is modified in the amendment phase on two issues: transparency and monitoring control of projects, in addition to increasing the budgetary allocation for city councils ”.

María Muñoz Vidal, the Citizens parliamentarian who has intervened in the debate, has also wondered if “this royal decree law is so important” for the Government “why have they not discussed it with the political forces”. In this sense, Muñoz has criticized that “decisions” on the destination of those 140,000 million euros contemplated for Spain in European funds will be taken, “ultimately” by the President of the Government, Pedro Sánchez, and the Council of Ministers ”. “They want to put a sticker on these funds and take a picture as with vaccines,” he denounced.

Citizens offers the Government “a responsible hand” despite their ‘no’

For Citizens, PSOE and United We “are again wrong partners” in the processing of European funds. And for this reason Muñoz has made “an appeal to the responsibility of the Government.” “We cannot support this decree, we cannot vote in favor,” he insisted, venturing his ‘no’. “But if it is validated, we will work on its processing as a bill.” The parliamentarian has once again extended “a responsible hand” to the Executive, to whom, however, she has issued a warning: “Do not make the wrong partner again. Let us be an example of moderation and understanding ”.

Elvira Rodríguez, the economic head of the Popular Party, the main opposition force to the Government, intervened in the turn against. The also deputy justified her decision in “the discretion, lack of transparency and concentration of decisions” by the Government about European funds. “This royal decree not only does not solve anything, but also complicates everything,” she lamented first thing in the morning, during an interview on RNE.

“As in the pandemic, it does not matter to you, it is enough to see the candidate Illa without a solution to the continuity of the failed minister Illa, without the slightest reproach or accountability,” the PP spokesperson snapped at the government. In addition, he has criticized that “decisions about the funds” are going to be made in Moncloa, and has described as “mere posture” the reference to the head of the economic cabinet “monitoring the Plan and keeping informed directly and continuously ”To Sánchez. In this sense, Rodríguez has criticized that “at the end of January” the Executive’s plan to distribute the funds is not known and it is not known “what are the means and with what troops and with what criteria it is conforming.”

Although with an antagonistic argument, the ERC spokesman in Congress, Gabriel Rufián, has also defended his rejection of the royal decree of the Government. In his opinion, the economic plans of the Executive will benefit “large companies” and not SMEs or self-employed. “The government wants to make it even easier for these powers that be.” For Rufián, the royal decree “is written for people like Florentino Pérez and not for self-employed workers.” “Do not sell out ahead of time”, he has warned the Executive, which he has also criticized for its “terrible centralization.” For ERC, the royal decree has been “issued and drawn up by the lobbies and large employers.”