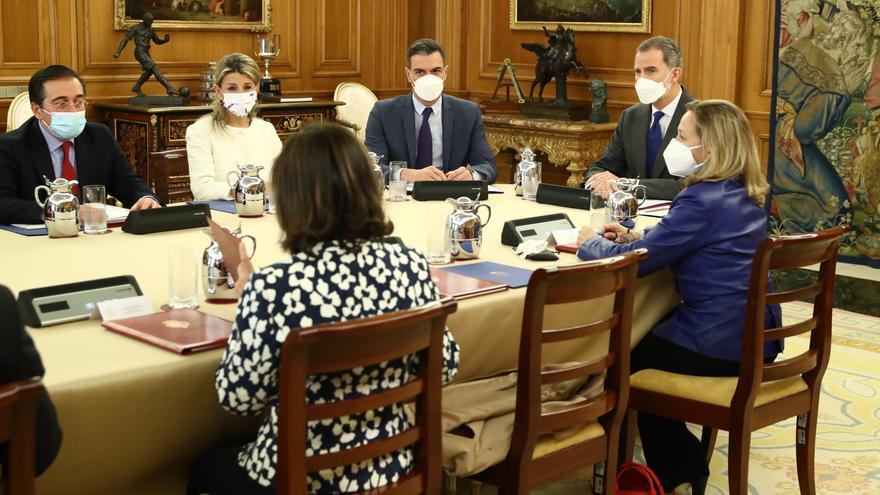 The Government rules out sending troops to Ukraine after the invasion of Russia. The Minister of Foreign Affairs, José Manuel Albares, assured in an interview in La Sexta this Thursday that "it is not planned in any way" that the military will be deployed in the country. Nor by NATO: "It is a defensive alliance, not at all aggressive." "There are not going to be troops in Ukraine because there can't be any," the Minister of Defense, Margarita Robles, has sentenced on TVE, explaining that as they are not part of the Atlantic alliance, Article 5 of the treaty does not apply, which means that " aggression against one state is considered aggression against all members of the alliance". "There will be no NATO troops in Ukraine," she has settled. Albares, for his part, has not wanted to comment on the possibility that other powers do send soldiers. "I cannot speak on behalf of the Government of the US and the United Kingdom," he replied on Antena 3.

What the Foreign and Defense ministers have made clear is that "all measures will be taken to reinforce NATO's eastern flank and security" with the aim that "NATO's borders" in the east are " perfectly" protected. "Any possibility of aggression against the NATO countries will be reinforced," Robles pointed out, specifying that the troops in that case will have a "stabilizing and defensive nature." Spain has already reinforced its presence in the Black Sea with fighters and ships. This Friday the heads of government of the Atlantic alliance meet to address the situation in Ukraine in the face of the Russian invasion.

"If Putin has been able to verify something, it is that he tried to divide the EU and NATO and he has not succeeded", said the Minister of Defense about the strategy that the Russian president has carried out in recent weeks: "The firmness and unity is total. "Putin's ultimate goal is to overthrow the government of a legitimately elected country," Albares warned when Russian troops were about to enter Kiev.

Pedro Sánchez expressed this Thursday the commitment to "help Ukraine from the EU with financial aid, with investments to protect the well-being of the people of Ukraine and with medical supplies." In the humanitarian aid section, the foreign minister explained that Ukraine will be provided with "defensive material", such as bulletproof vests to protect the population or anti-mine devices.

In the Government they are convinced that the sanctions that the EU is imposing they are a sufficient tool against Vladimir Putin. The president defended that it is the way "The most effective way to work for international legality is to sanction its violation". "The EU leaders have decided to impose financial sanctions such as have never been seen in the history of humanity," said Albares: "This is not going to be free for Putin." The minister recalled that this Thursday, before the sanctions were in place and with the sole possibility of their imposition, "the Russian stock market and the ruble fell like never before in its history" and its borrowing capacity "fired".

The ambassador leaves: "There are no security conditions"

But in the Executive they are aware that the situation is going to be an economic drain on the rest of the countries, so "compensatory measures are going to be taken", as explained by Albares at Cope, "as has been done with the funds from recovery during COVID-19". The intention is to help "the most affected sectors." "We are coordinating with our non-European allies so that the sanctions that some take do not affect the others," he said, referring to the United States and the United Kingdom.

"The cost that sanctions may have for European economic sectors are nothing comparable to the cost that inaction could have," he stated.

Albares has also confirmed the departure of the Spanish ambassador in Kiev this Friday because "the minimum security conditions are not met." The march has been carried out in a convoy together with another 100 Spaniards who join the nearly 150 who left the country this Thursday and has explained that there are around a hundred who have chosen to stay: "His life is very rooted The majority are double nationals and have preferred not to leave."

Robles explained that the security of the Spanish embassy, ​​where eight people remain, has been reinforced with GEOS.