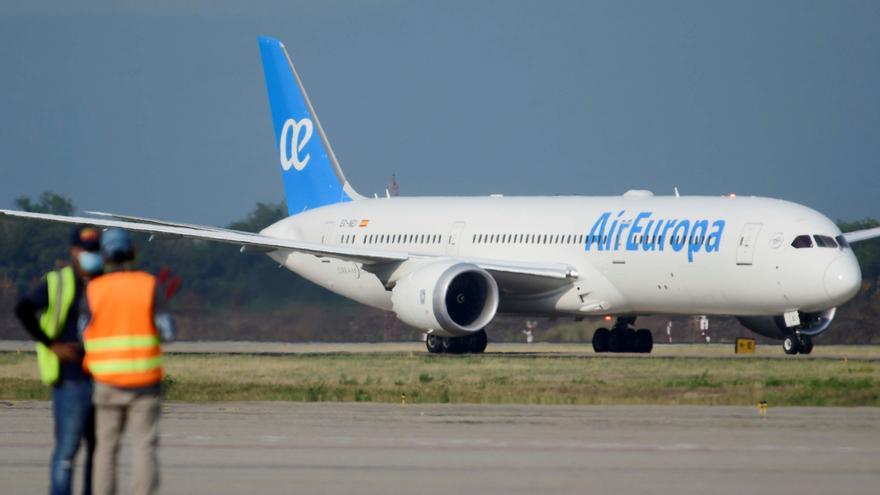 The Council of Ministers approved this Tuesday the first rescue of a Spanish company affected by the COVID-19 crisis. The Minister of Finance and Government spokesperson, María Jesús Montero, has announced that the managing council of the fund to support the solvency of strategic companies has approved the first temporary public support operation for the airline Air Europa for 475 million euros.

The airline, which has been greatly affected by the impact of COVID-19, will receive a participatory loan for 240 million and a loan for 235 million that will have to be repaid over a period of six years. The fund approved by the Government with 10,000 million “only aims to offer temporary support to non-financial companies that are damaged by the pandemic.”

The executive understands that Air Europa can be considered as a strategic company for the productive fabric since it is the “second Spanish airline with the highest number of flights, it has connections with 130 airports in 60 countries, with which the dimension of impact on the sector Tourism is very important and is an essential service for the connectivity of Spain since it is a significant operator of the Madrid Barajas hub with Latin America and with the Canary and Balearic archipelagos, “the minister stressed.

Air Europa accounts for “18% of the global revenue figure for Spanish airlines” but has had a 95% reduction in activity in terms of flights between April-June “due” to the impact of the pandemic that has caused the reduction of air traffic due to less mobility and less arrival of tourists “.

Public support could unlock the purchase of the Hidalgo family airline by Iberia, which was agreed by both companies in November 2019 for about € 1 billion. The operation was suspended with the COVID-19 pandemic.

Other European countries had already approved a package of aid to companies affected by the coronavirus. Thus, the German Government has allocated Lufthansa aid worth 9,000 million euros, while the Executive of Emmanuel Macron has approved a loan of 7,000 million for Air France.

The Sociedad Estatal de Participaciones Industriales (SEPI), the entity in charge of managing the rescue fund for strategic companies, had given the green light to the rescue of Air Europa, but was waiting for the company to approve the conditions of the aid. SEPI contracted PwC to evaluate the plan presented by Air Europa to access the Solvency Support Fund for Strategic Companies.