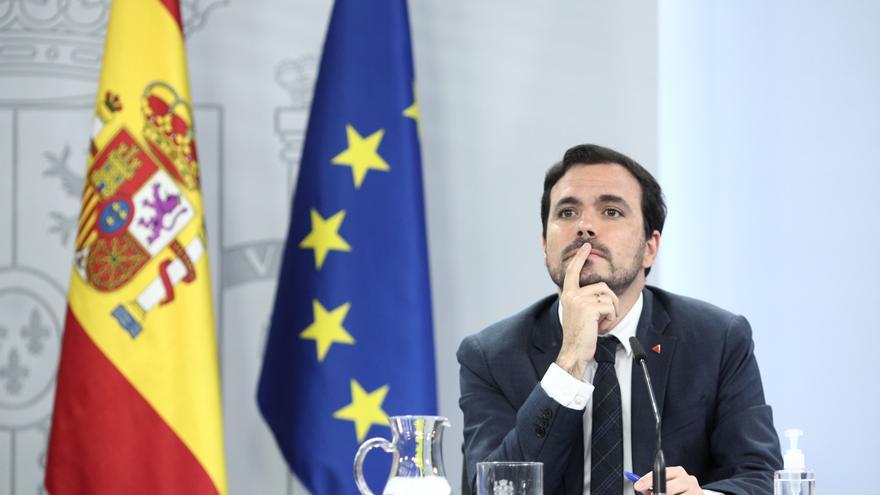 The Council of Ministers approved this Tuesday, at the proposal of the Ministry of Consumer Affairs, a Royal Decree-Law that develops the figure of "vulnerable consumer person" and "reinforces the protection" of certain groups in consumer relations, by allowing public administrations "correct situations of defenselessness, which have been aggravated in the last year by social isolation and restrictions on mobility due to Covid-19," explains Alberto Garzón's department.

The Royal Decree-Law for the protection of consumers and users in situations of social and economic vulnerability seeks to protect groups especially exposed to abuse, fraud, fraud and deception through marketing or information techniques and for which the Government develops special measures support or assistance to ensure that they make consumption decisions in line with their interests.

This group includes minors, elderly people, with a low level of digitization, with functional, intellectual, cognitive or sensory disabilities or with difficulties due to the lack of accessibility of information.

With a modification of the General Law on the Rights of Consumers and Users (LGDCU), the norm develops the concept of vulnerable consumer as one who, in their consumer relations, is in a situation of disadvantage, vulnerability, defenselessness or subordination to to companies, even temporarily, territorially or sectorally, due to their characteristics, needs or personal circumstances.

In September, Consumption announced this reform through a draft bill that was put out for public consultation and that pursued, as Minister Alberto Garzón explained then, "advance" in universal access to basic services. Finally, it has chosen the formula of the decree-law, reserved for situations of extraordinary and urgent need.

The figure of vulnerable consumer has been partially contemplated in regional regulations to protect certain sectors in access to basic services. But so far, this figure varies from one community to another. With the new state regulation of this figure, which is of a basic nature, a common regulatory framework on the matter is approved for the first time.

The implementation of protection mechanisms for vulnerable consumers is one of the mandates that backbone the recently approved New Consumer Agenda by the European Commission. This Agenda designs European consumer policies for the period 2020-2025 and is the basis of this legal amendment promoted by Consumer Affairs.

With this decree, according to Consumption, "a legal umbrella is created that guarantees that consumer relations are carried out in more egalitarian, accessible, transparent and safer environments." The details of the measures must be specified with the corresponding royal decrees "in order to reduce barriers and guarantee the rights of vulnerable consumers." Among the aspects to be developed, the ministry mentions aspects such as product labeling, information prior to the contract and that which must be included in it, claims management and customer service.

The text establishes a mandate for public administrations to, as far as possible, orient Consumer policies towards these most vulnerable groups, and contains express references to these people in those aspects where their rights require reinforced protection.

"From now on, companies have the responsibility to provide additional support in the information they provide for decision-making, with the aim that vulnerable consumers do not see their accessibility limited." "For the first time it is included in the law expressly the obligation, on the part of companies, to provide the necessary support to vulnerable consumers so that they can correctly understand the content of the contracts they sign, ”explains Consumo.

Minister Alberto Garzón has indicated that "no one throughout his life is exempt from suffering situations of vulnerability" and has pointed to the most feminized groups and those who live in rural areas as the main beneficiaries of this rule. Some examples that he cited are older people with difficulties in accessing online shopping, those with a low level of education when signing complex contracts or living in isolated rural areas without close access to financial institutions.

The rule also focuses on minors, for their defenselessness against commercial communication or those with difficulties during their educational stage to access technological resources and follow their online training. Likewise, greater protection is contemplated for people with food intolerances or allergies who require additional information when shopping for food or in restaurant spaces. Garzón has ensured that consumer relations "more transparent, democratic and egalitarian benefit society as a whole, be they consumer or business."