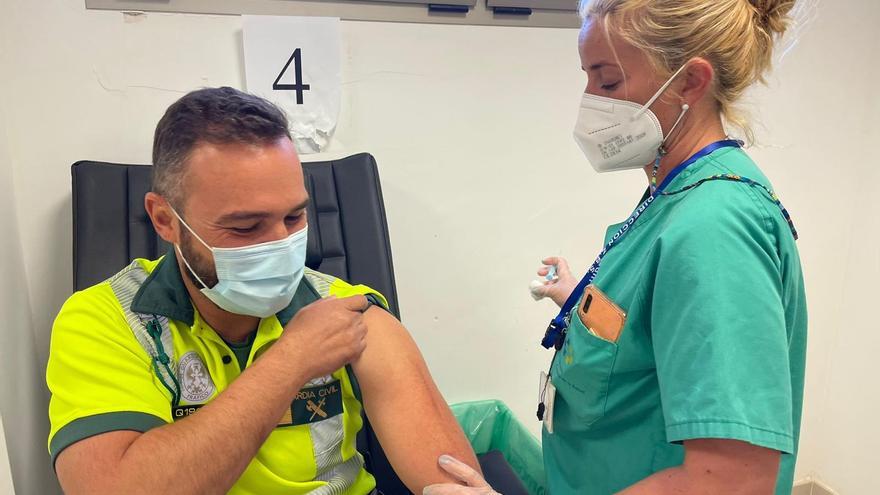 The Governing Council decided yesterday to reduce the maximum number of diners per table in the interiors of the hotel and catering establishments and specify the conditions for the development of sports activities. This was communicated by the president of the regional Executive, Ángel Víctor Torres, after the extraordinary session was held, in which it was also agreed to descend to Lanzarote and La Graciosa to level 3 alert for covid, to keep the rest of the islands in the same situation in which they are and reinforce the green traffic light with the imposition of a curfew between 00.00 and 06.00. The measures will take effect from today.

“We have a month ahead of us that ends with Holy Week and we are concerned, so we will monitor all these measures next Thursday. The will is to get better and better, with more vaccination and lowering the accumulated index in the eight islands as a whole ”, highlighted the leader of the Canarian Government.

To reduce the risk of contagion, the tables inside the hotel and restaurant establishments of Gran Canaria and Tenerife –both on level 2– may not be occupied by more than four people – instead of six – nor may there be, as so far, more than two people in customer groups at the bar; while in Fuerteventura, La Palma, La Gomera and El Hierro –at level 1– the number goes from ten to six, without being able to exceed the group of four in a bar. The gauges remain as they were established.

As regards the celebration of sporting events, the Government details that, up to level 1, a capacity of 50% of the total capacity of the space is authorized, provided that the interpersonal safety distance of 1.5 meters is respected. However, in the rest of the alert degrees the possibility of authorizing them is not contemplated.

As for the activities that are not subject to prior authorization and that occupy the sports facilities of the islands with a green traffic light, the public will not exceed 50% of the capacity and the attendees may be accommodated in groups of up to four people, if required. it deals with cohabitants. Likewise, the use of fixed seats that cannot be occupied will be prevented.

At alert level 2, the same regulations will have to be met, but without exceeding 25% of the capacity. Finally, in levels 3 and 4, only the public will be allowed to accompany minors in outdoor sports facilities that have stands, without being able to exceed the maximum of two people per minor, nor 15% of the capacity.

On the other hand, the federated professional sports activity and that of national and international scope may be developed individually or in groups, having to respect the safety distance of two meters, and with a maximum of 25 people simultaneously. Men’s first and second division football and men’s ACB League basketball are considered professional sports.

It should be noted that both the red and brown traffic lights prohibit any type of federated practice – regional or insular – in the open air, in which the interpersonal distance of two meters cannot be maintained or requires a number of participants greater than allowed in the points 1 and 2 of section 3.13 of the agreement for each level. Also, the practice of physical and sports activity in the interior areas of the centers is prohibited.

Competitions of a federated nature in regional or insular areas will be allowed both outdoors and indoors at alert levels 1 and 2, except in those modalities that require continuous physical contact with the opponent. At the strictest levels they are prohibited.

As reported yesterday by the Ministry of Health, the Archipelago added 115 infections of the pathogen in the course of 24 hours, which translates into the lowest daily figure since last December 27, when the Canary Islands detected 108 new cases. Also, during the day, the region regretted three deaths in Gran Canaria. The victims, a 92-year-old woman and two 79 and 74-year-old men, remained in hospital. It should be noted that the deaths of older people are associated with the outbreak registered at the San José Hospital. These new deaths bring the total number of deaths produced in the community to 592, as a consequence of complications related to the virus.

Taking into account the data disaggregated by islands, Tenerife added 51 clinical pictures to its statistics on Monday and has 17,078 accumulated and 2,241 active, while Gran Canaria verified 53 infections and already accumulates 16,742, with 2,768 patients pending their evolution. Lanzarote, on the other hand, did not find new cases and maintains its general registry at 4,431 and that of its assets in 219.

For its part, Fuerteventura detected a dozen positive diagnoses in the condition and its accumulated already reaches 1,683. On the island of Majorera there are currently 24 people suffering from the disease. Likewise, La Palma only recorded one new contagion and has 403 accumulated and 24 following its course.

Finally, El Hierro and La Gomera managed to keep their data, and the first accumulates 290 pictures, of which 11 remain epidemiologically active, while the second brings together 213 and five patients infected by the microorganism.

Until yesterday, in the hospitals of the Canary Islands there were 283 patients fighting Covid-19 in plants and 81 in intensive care units (ucis). On the contrary, 5,122 people are in home monitoring, which represents 93.3% of the total active cases in the autonomous community (5,486).

Since the last balance, 365 discharges have been issued in the Canary Islands, so the number of patients who have managed to free themselves from the pathogen already reaches 34,762.