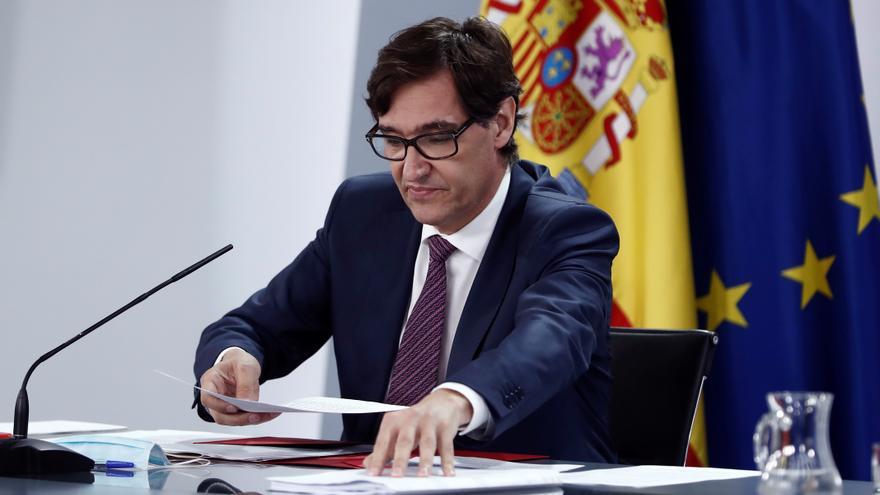 The Government has recognized this Wednesday its "concern" with the evolution of the pandemic in the Community of Madrid, which for weeks has recorded the worst numbers of infected in the whole country. The Minister of Health, Salvador Illa, has assured that the region chaired by the popular Isabel Díaz Ayuso must adopt "additional measures" against the virus and has avoided evaluating those announced this morning by the regional government, which includes selective confinements.

"When we know them we can assess them with more precision", Illa pointed out during the press conference he gave after participating in a meeting with the Spanish Federation of Municipalities and Provinces (FEMP), which was also attended by the Minister of Territorial Policy , Carolina Darias. At this meeting, the Government has promised to make 12 million masks available to municipalities from Monday.

During his speech, the head of Health has confirmed that he will be able to learn about the community's measures this afternoon, given that he plans to hold a meeting with the Madrid authorities after the inter-territorial meeting that he will star together with the health officials of the autonomous communities.

In any case, Illa has for the moment ruled out modifying the quarantine period, now established in Spain at 14 days and that the Community of Madrid has requested to reduce to seven. "We are not going to modify this without solid scientific evidence," he remarked during the appearance before the media.

"We are closely following the situation in Madrid in permanent contact with the council, with regular meetings," Illa stressed, pointing out that "it is up to the Community of Madrid to communicate the exact measures they are going to adopt." "I am not hiding from them that the situation in Madrid worries us," the minister insisted.