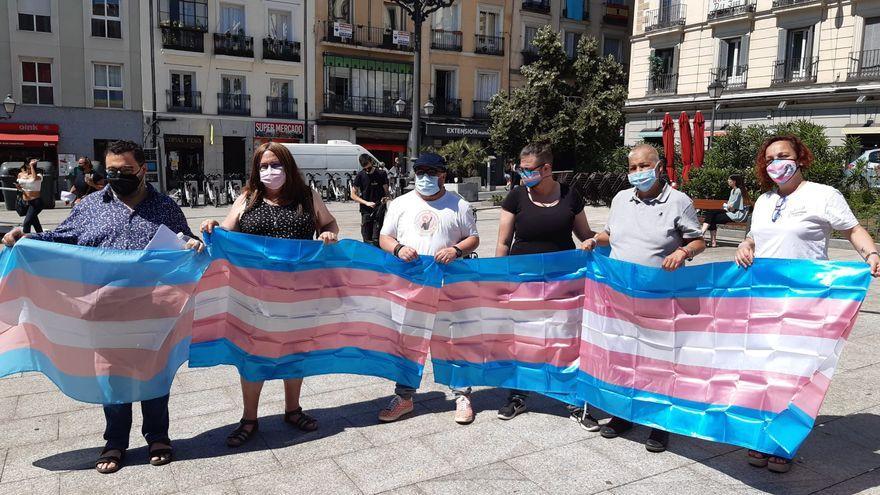 The Government is moving towards the LGTBI legislation that aims to have the smooth for Pride week after months of encystment. The intention is to bring a single law to the Council of Ministers on June 29. All parties recognize progress in the negotiation, including the legal change of sex for trans people, which has been the great stumbling block. The latest draft of the Government, which has advanced The newspaper and to which elDiario.es has had access, contemplates a formula so that they can change their legal sex without requirements – neither medical nor psychological reports as now, nor with the presence of a witness, which was the initial claim of the PSOE-. They will have to reaffirm their wishes three months after their request in the Civil Registry.

The agreed system involves recognizing gender self-determination, which has been a red line for both LGTBI groups and the Ministry of Equality. Despite the fact that initially the department headed by Irene Montero drew up two drafts – one of the LGTBI law and the other trans – finally it will be a single norm called “Draft law for the real and effective equality of trans people and for the guarantee of the rights of LGTBI persons “. Since the first text was known, the socialist part of the Government, headed by the first vice president Carmen Calvo, distanced itself from it, refusing to allow the sex change to be carried out based on the “mere will” of the person.

The draft, which may still undergo modifications, states that “any person of Spanish nationality over the age of sixteen may apply for himself before the Civil Registry to rectify the registration mention of sex.” It will begin with a first appearance in which you must show “your disagreement” with the sex that appears in the registry. Subsequently “within a maximum period of three months”, the person in charge of the Civil Registry must summon him to appear again and ratify his request, “asserting the persistence of his decision.” Since then, within a maximum period of one month, a resolution will be issued, which will lengthen the process for a maximum of four months.

elDiario.es contacted Carmen Calvo’s department on Thursday to confirm if the final proposal was the one included in this draft and the sources consulted assured that “it has not been agreed.” However, now they assume that the text is a draft of the Government, although they warn that “it is not final” so it may undergo changes before the Council of Ministers gives the green light to the draft. The same sources defend that the proposal does not imply recognizing gender self-determination, despite the fact that it eliminates the requirements for a legal sex change except for a double appearance in the Civil Registry. Unlike the draft of Equality, the latter does not textually incorporate “the right to free self-determination of gender identity.”

From the beginning, the Socialists considered that doing it without forcing trans people to prove it in any way lacked “legal security” and even proposed that it be done through “documentation” or witnesses from the environment. Also the socialist part of the Executive has defended from the beginning that the LGTBI and Trans law merge into one, as it will eventually happen, a claim to which Irene Montero opened as long as the text included gender self-determination.

The proposal of the double declaration before the Civil Registry, which in practice is a kind of reflection period, was sent by Equality to Justice, who have led the negotiations in recent weeks, on June 2. The State Federation of Lesbians, Gais, Trans and Bisexuxales, Fundación Triángulo and Chrysallis, which have participated in the process with meetings with both parties, put forward this same proposal on Monday, June 7 to try to unblock the norm. They had transferred it to the socialist part of the Government in a meeting in La Moncloa on June 7, to which they were summoned shortly before a press conference held in the emblematic Plaza de Pedro Zerolo in which they were optimistic with the progress of the negotiations after the meeting.

In the draft prepared by the Ministry of Equality and known last February, the legal sex change was contemplated without requirements for all minors, one of the elements that has centered the negotiations and discrepancies between the socialist party and United We Can . At the moment, the text, which sources of the negotiation insist that it can still change, includes that minors between 14 and 16 years old may request a change of legal sex as long as they are “assisted” in the procedure by their legal representatives; while between 12 and 14 it is contemplated that they do so through judicial procedure. Children under 12 may not change their legal sex, although their name can.

However, this part is still not closed, explain sources of the negotiation. There are still other open questions such as that minors can see their name recognized in educational centers despite not having made the official change, something that the more than ten regional laws approved in recent years already contemplate.

The struggle for LGTBI legislation has dragged on within the coalition. The Ministry of Equality drew up a draft trans law in February that included free gender self-determination in the same terms as a bill promoted by the PSOE in 2017 that was about to be approved. However, since then the socialists have changed positions largely due to the rejection it generates in a part of feminism, which is also divided on this issue. The vice president Calvo distanced himself from the Equality draft and the negotiation went on for months.

In recent weeks, and given the fear in the socialist ranks of an adverse reaction to the party in the Pride mobilization, negotiations have intensified. Several groups threatened to “veto” the PSOE in the demonstrations if they did not accept gender self-determination, a warning that joined the vote in Congress a few weeks before the proposed Trans Law bill presented by several parties at the request of the Trans Platform Federation to try to unblock it and which was overthrown thanks to the ‘no’ of Vox and PP and the abstention of the Socialists.

The latest draft that the Government manages is far from the initial proposal of the PSOE, although from the first vice presidency they emphasize that “free gender self-determination” does not appear in the text, despite the fact that the requirements are eliminated so that transsexual people can change their sex in the Civil Registry. Currently they must have a psychological or psychiatric report and have spent two years in hormonal training, a process considered abusive by trans people themselves and “pathologizing” and that several international organizations have been demanding for years to modify. Among them, the European Commission, which asks member states for processes based on self-determination, which it defines as “a method to access legal recognition of gender” that is based “on a legal or notarial statement by the trans person, without more requirements “.

Three outbreaks in prisons in the Canary Islands leave 83 infections