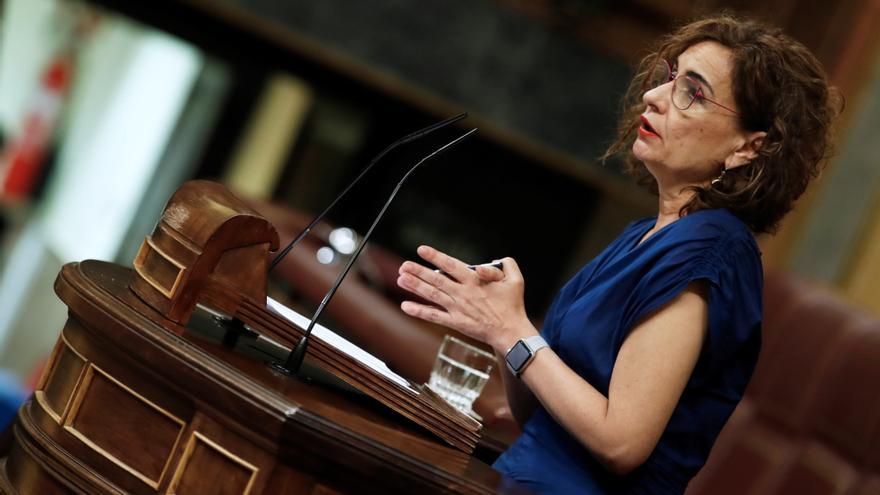 In extremis and when there were barely a few minutes left until the voting period in the Congress of Deputies closed, the Government reached an agreement with ERC this Wednesday that allows the validation of the decree that tries to put an end to the abuse of the temporary status of the interns in the Public Administration, and that was approved after an agreement with the unions, but that had not been endorsed by the usual partners of the Executive.

This noon, the Republican deputy Pilar Vallugrera announced this pact during the plenary session after the Minister of Finance and Public Administration, María Jesús Montero, announced in the hemicycle the intention to process the royal decree as a bill in order to allow that partners introduce “improvements” during their time in Parliament. This has facilitated the vote in favor of ERC, which joins PSOE and Unidas Podemos, as well as other smaller groups, such as Más País.

Republicans get the Executive to agree to apply article 61.6 of the Basic Statute of Public Employees to groups that have not had oppositions in ten years so that they have non-eliminatory oppositions

“Our job is to guarantee that these 800,000 temporary persons, when we process this bill, see that all the guarantees that we have been maintaining in the last two years can be introduced so that it complies with legislation,” Vallugrera claimed. “We have an agreement, we are going to see the sincerity and loyalty of the Socialist Group. They have the last opportunity to comply with their agreements. Please be up to it,” the ERC deputy asked the members of the Executive.

The measure was agreed by the Executive with the unions majority at the state level, including some as little related to their positions as CSIF, and in its gestation were involved not only the former Minister of Public Function, Miquel Iceta, but even the Second Vice President and Minister of Labor, Yolanda Díaz. But there are associations that exclusively defend these interns who reject the wording of the rule and denounce their exclusion from the conversations, while warning that its implementation can leave many people without work.

In his intervention to ask for a favorable vote, Montero, who assumed the competence of Public Function in the recent reshuffle of the Government, has made several announcements to try to satisfy the parliamentary groups. The first has been to accept that the royal decree is processed as a bill precisely to be able to make modifications. And among them stand out some that have been claimed in recent hours by parliamentary allies and even the government partner, United We Can.

Montero has suggested that the interns of public administrations who have been occupying a structural position that has never been called for more than ten years may be awarded that position without having to pass an opposition, but only by an assessment of merits. In addition, the autonomous communities may decide that the opposition is not eliminatory in the stabilization processes of the structural positions occupied for more than three years by temporary personnel. Something that they had insistently demanded from associations that represent the interim

In the last hours, there had been several groups that have denounced the absence of negotiation by the Treasury, who already saw how Congress rejected in 2020 a royal decree to allow municipalities to use their remaining treasury.