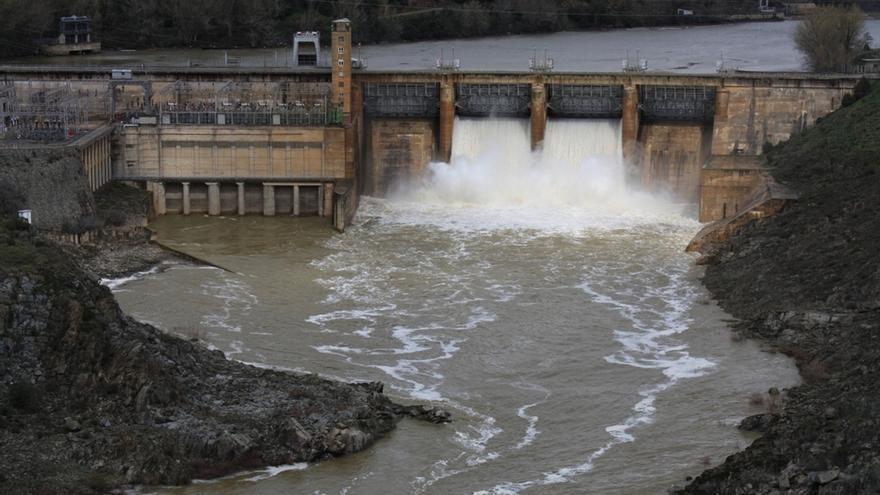 The Government has raised to almost 1,000 megawatts (MW) the pool of hydroelectric concessions that will expire this decade. The Hydraulic Administration is facing “in the 2030 horizon the extinction of a total of 255 hydroelectric exploitation concessions, which represent a total power of 953 MW”.

This is explained in a document from the General Water Directorate of the Ministry for Ecological Transition. The figure is equivalent to more than 5% of installed hydraulic power that currently exists and exceeds what was handled until now.

In June, before the current electricity price crisis and the controversy over the emptying of reservoirs last summer, the ministry provided elDiario.es with an incomplete list of dams whose licenses will expire in the next decade. In it only appeared about thirty facilities with about 700 MW. So far, the ministry has denied the detailed list of concessions.

Now, the Water Directorate has shed some light on the matter and explains that, of those 255 plants, “8 concessions correspond to large uses, with installed power greater than 20 MW”, compared to the five they appeared in that relationship provided in June . Those 255 uses with about a thousand MW do not include the bag of MW that has expired in recent years, which Transición Ecológica has not provided either, so the photo remains incomplete.

The new estimate was released after the third vice president and minister for the Ecological Transition, Teresa Ribera, began to worsen the electricity price crisis due to the stratospheric rise in gas in August. open the door for a public company to assume expired concessions. A possibility that Unidos Podemos has been defending for years and that was cooled in September by the Prime Minister, Pedro Sánchez, arguing that it was not included in the coalition agreement.

Those close to 1,000 MW are included in the documentation of a technical and legal support services contract that the Ministry has just put out to tender. The General Directorate of Water wants to carry out “actions derived from the extinction of rights to the private use of water for hydroelectric production, reversals of infrastructures and contests for hydroelectric exploitation.” The objective is also the “identification of opportunities and needs of the hydraulic administration strategy in relation to the water-energy binomial”.

The contract has a budget of about 2 million. The specifications include support to the Ministry “in the preparation of guides and recommendations on the procedures for extinction, reversal of infrastructures, the new start-up of hydroelectric uses or the demolition of infrastructures in the public hydraulic domain”, as well as the provision of legal and technical support for the preparation of basic specifications to award the exploitation, operation and temporary maintenance of reverted power plants by tender.

The successful bidder must prepare up to seven partial reports and a final report that compiles, among other things, the current situation of the uses, “with special attention to the possible undue extension of concessions” granted before the entry into force of the Water Law. of 1985. Also those in which there are energy reserves in favor of the Administration (cases in which this remains a percentage of the production of the plant) must also be located.

In addition, bidders are asked to “study the conditions for the exploitation of existing uses,” including those derived from the implementation of ecological flow regimes and their impact on concessions, “which have caused a large number of claims” for damages. and lost profits. An example is the millionaire compensation that Naturgy recently raised before Ecological Transition due to the lower production of several of its plants in Galicia.

In addition, it must give “support to the concession termination procedure, reversion of infrastructures to the State and public tender”. All this, with a view to the requirements of the National Integrated Energy and Climate Plan (PNIEC) and the Climate Change Law. From its objectives derives the procedure that the Government has just launched to start up the first hydroelectric plant built by the Institute for Energy Diversification and Saving (IDAE) since the end of the last century, a small plant with less than 5 MW in Salamanca that has been planned for almost 20 years.

In line with the PNIEC, the drafts of the hydroelectric plans launched for public consultation by the ministry a few months ago raised give more power in hydroelectric management to some of the hydrographic confederations, like that of the Duero. A few weeks ago, that confederation canceled what would have been the first tender launched during Ribera’s mandate to award a concession of these characteristics. The specifications set the maximum term of the concession at 30 years, above 20 of the previous procedure of this type. Finally, the contest was aborted.

The Water Directorate emphasizes that “to assess the opportunity” of the reversion and putting the dams back into operation “it is necessary to consider criteria of technical viability, economic and social profitability” and of respect for environmental regulations. In fact, in many of the small jump concessions that have expired since 2020 its demolition has been ordered for environmental reasons.

“The analysis of these criteria should determine the continuity of the exploitation of the uses or their demolition, always guaranteeing the general interest”, indicates the Water Directorate. “In those cases in which the reversion of the infrastructures to the State is proposed, it is necessary to consider the possibility of the exploitation and maintenance of these works depending, on a temporary basis, on the Basin Organization, so it is necessary to try to enter into contracts of operation and maintenance service and identify the legal instruments that protect this temporary exploitation “.

Parallel to the reversion of the infrastructures to the State, “a public tender to put the hydroelectric exploitation into operation again and subsequently grant the new concession” must be convened, in accordance with the Regulation of the Public Hydraulic Domain. the sheet.

With a view to preparing a “Methodological Guide on the procedure for the extinction, reversion of infrastructures and the new start-up of hydroelectric uses”, the document proposes to “take as a pilot case” the extinction of the hydroelectric concessions of the falls of Villalcampo I and II, two of Iberdrola’s great jumps in the Duero, expiring in 2024.

The deadline to reverse those two great leaps it opened last october. “Due to the entity of the use, with a total installed power of 206 MW, and its strategic importance in the electricity system, it is necessary to face its extinction and reversion with the utmost dedication,” says the Water Directorate in the documentation that has just been published .