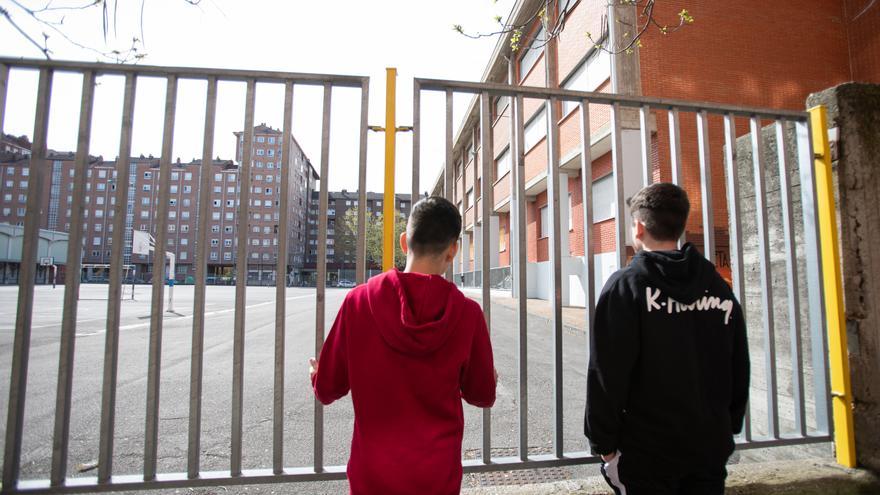 The alarm sounded early Wednesday, when it was learned that the ministries of Health, Education and Universities will meet with the autonomous communities next week to prepare for the return to the classroom after the Christmas holidays. Although Education sources assured that the Ministry does not contemplate any extraordinary measure, the buzz of possible school closings or the delay in the start of classes was growing. It was the president of the Community of Madrid, Isabel Díaz Ayuso, the one that stirred the spirits again when he assured that he does not rule out a "blended" return to schools and institutes for older students.

In the afternoon, the Minister of Health, Carolina Darias, assured that the educational model of presence in the classrooms "is a success and is the model of the Government." The objective is, he pointed out, to guarantee that presence and to review the protocols with the "utmost rigor."

The Ministry of Education stresses that "it does not bring preconceived ideas to the meeting" on January 4 and that the measures adopted in the summer for this course are working. "The classrooms are safe, there is a total commitment to being present. Not opening the school has disadvantages greater than its advantages, family bubbles break because you have to leave the children with other people," the same sources relate.

The latest data from Health, from last day 23, show that in the last school week, 98.7% of the classrooms have been in operation and without quarantines. To that date, 547 outbreaks with 2,791 cases had been identified in educational centers, the majority in primary education. Last week the number of classrooms confined to Infant and Primary was 3,000 out of a total of 417,000. As the confinement protocols may be different depending on the place and the center, there may be other cases of sick students but whose class has not been completely confined.

The cases of confined classrooms were reduced to a hundred among the courses with already vaccinated students, that is, of the levels of ESO, Baccalaureate and Vocational Training. "The vaccine is effective," says Education. To date, a third of the target population for the pediatric vaccine has already been inoculated. The forecast is that in January vaccination will reach practically one hundred percent. Minister Darias also highlighted this Wednesday the rate of child vaccination and recalled that minors are no longer the age group with the highest incidence.

Despite the words of the president of the Community of Madrid, the Ministry assures that no autonomy has proposed, for now, any official measure. The Minister of Health and Social Services of Extremadura, José María Vergeles, He called on Tuesday that decisions on measures to return to the classroom be common to all communities. Extremadura bet at the beginning of December for a return to the classrooms normally after the Christmas holidays.

Also Catalonia, which plans to resume the course on January 10 and where the Secretary of Public Health, Carmen Cabezas, has confirmed that it will begin "with a very similar protocol." The president of the Junta de Castilla y León, Alfonso Fernández Mañueco, defended this Wednesday to resume the school year with "normality" and with "presence", respecting security measures. Andalusia, Castilla-La Mancha, Galicia or the Balearic Islands have spoken in a similar way. The competences are autonomous so, beyond the existence of a consensus in the meeting on the 4th, each community can adopt the protocol it considers.

What seems clear is that the mere possibility that the health situation influences the beginning of the course while many communities go, for example, to allow the end of the year parties annoys families and unions.

The debate coincided with the campaign 'Boys and girls do not take care of themselves', by the organization MalasMadres, to show "the total abandonment of families." "People are doing the 'thirteen fourteen' to get ahead these days. If you have the complete guideline and your son is positive, they do not dismiss you, but what do you do with this child, someone has to take care of him. goodwill of the pediatrician and the GP on duty to see if you are discharged at a time when health care is totally collapsed. There are confined families because they do not have money to do a PCR on their own ", says the president of the organization, Laura Baena.

Baena believes that there are reasons for fear when schools in different parts of the country sent girls and boys on vacation with their books and notebooks "just in case", and when many protocols "seem to be directed at single people who have no responsibility for watch out".

Save the Children also spoke out on Wednesday to defend that the closure of schools to stop the spread of the disease should be "the last option." "Children have given us great lessons in adaptation and resilience, but we must not forget that the pandemic has already wreaked havoc on their mental health," says Catalina Perazzo, director of Social and Political Advocacy for the organization. Save the Childre recalls that there is an international consensus, from the European Agency for Disease Control to UNESCO, that the closure of schools is a measure of last resort.

"At this point we already have sufficient evidence on the negative impact that not attending schools has had on the learning and well-being of children and adolescents and, more urgently, in those who are in contexts with a lower level socioeconomic, "adds Perazzo. Save The Children also defends the need for more measures that allow care and reconciliation, such as paid leave to reduce the working day or paid leave for people with children in charge and who are affected by COVID.

The unions also show their concern about the current situation. The Federation of Public Services of UGT, the Federation of Education of CCOO and CSIF ask to recover the reinforcement measures, such as the reduction of students per classroom or the increase of teaching staff to guarantee safety.