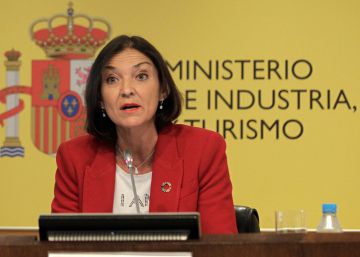 The Government has left this Thursday in defense of its industrial aid plans, that the Independent Authority of Fiscal Responsibility (Airef) considered useless in a report published this Wednesday. The Ministry of Industry, Commerce and Tourism criticizes the Airef that its study does not take into account some changes in the aid system that have improved its results and that focuses on a period dominated by the crisis that conditions the results.

In a note issued on Thursday, the department headed by Reyes Maroto publishes several "clarifications" on the conclusions of the Airef after studying the Reindus aid program during the last decade (2008-18). In this analysis, the sixth installment of the known as spending review, a series of analyzes on the efficiency of public expenditure commissioned by the Government of Mariano Rajoy, the body that oversees the health of public finances states that the program of loans for industry (4.900 million in 5,000 projects) has cost 1,260 million for the State and that has barely served to create employment.

In its "clarifications", the Ministry of Industry reproaches to the Airef its "static and non-evolutionary approach" of the study, without taking into account that the "deep evolution" of the Reindus program throughout the period studied. Thus, it emphasizes that the Airef, although the aid program was modified in 2014, 2015 and 2018, admits that it can not analyze the cost-benefit ratio since 2013 because "it does not have data on the final execution of the investments" . Despite this, he performs an "incomprehensible extrapolation" of his conclusions as if the program had remained unchanged. In fact, says the ministry that since 2013 "there is no financial cost but net financial income" because that year the interest rate of the loans increased to match that of the market and that loans are now given at higher interest than public debt. , for what they suppose an income and not a financial expense. Remember, in addition, that in the studied period the crisis situation predominates, "which conditions some of the results of the study".

In terms of government aid can have a lower return than those made by other actors, such as banks, the Ministry says it is not their role to "compete with the banking sector," but the general interest. Therefore, it should not be compared in the same terms. In this point, the Airef indicates that the loans granted by the Government have a high delinquency. The Department of Industry assures that this is not a problem and that in any case, it is working on "an integral system for monitoring the loans" that includes granting them based on the financial rating of the company that receives it or a system of calculation of risk profile similar to that of banks.

Finally, it affirms that "the report would be more complete" if it had contemplated the changes in the evaluation system of the last call for aid, which increases the weight of the industrial impact at the time of granting them and gives more importance to these projects being carry out in zones and municipalities "with industrial problems detected: Deindustrialization, depopulation and industrial impact". Likewise, this last call, says the Ministry, includes a greater study of the success or failure cases to improve the evaluation systems.