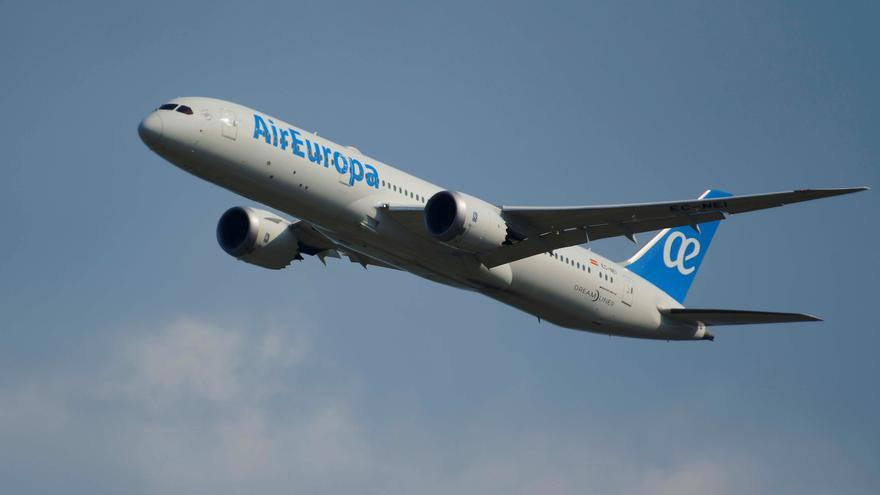 The Government has presented this Thursday the ‘Spain 2050’ plan, where taxation proposals play an important role. The project outlines the economic and political lines towards which the country should walk during the coming decades, using taxes as a lever to promote the ecological transition in Spain, increasing what is known as green taxation, one of the pending tasks that the country versus European partners. The use of the automobile or the airplane would be affected in the next years to establish this plan.

Specifically, the report presented by Pedro Sánchez sets the objective of reducing the environmental impact of airplanes. And at this point it raises two fiscal alternatives that discourage the use of this means of transport when there is an alternative. In the first place, ‘Spain 2050’ contemplates the introduction of a tax that will affect “frequent travelers”. Second, it contemplates creating a tax “on airline tickets according to the proximity of the destination.” “This will help limit its negative externalities and bring its tax treatment closer to that of other means of transport,” he says. Outside of taxation, it also proposes to prohibit flights of less than two and a half hours in duration.

Another of the points linked to the ecological transition affects the use of the car. The report encourages “adjusting” the taxation of road transport to the “actual use of the vehicle. Therefore, it proposes” addressing all the negative impacts generated and ensuring greater consistency between the type of vehicle purchased and the needs of the service. ” To do this, it is proposed to move from the current fiscal figures on the purchase, circulation and fuels, to a tax on the actual measured use of the vehicle that takes into account its characteristics: its weight, its power, its emissions of atmospheric pollutants and gases of greenhouse effect.

With these and other measures related to green taxation, the document defends that Spain should increase the weight of these taxes on the national GDP. Thus, it indicates that environmental collection would go from 1.8%, according to the average of the last four years, to 2.6% in 2030, 4% in 2040 and 5% in 2050.

The tax proposals of this plan are based on the tax reform project that the Executive has on the table and for which a committee of experts has opened that will draw the lines for these changes. The analysis of the problems that Spain has with regard to the tax burden and its remoteness from neighboring countries coincides with that raised in recent times by the Ministry of Finance. Although, it raises some concrete measures that so far have not been specified in the words of the Government.

One of those measures that until now had not been considered is an increase in excise duties, especially those dedicated to alcohol and tobacco to “converge with the main EU countries.” At this point, the taxation of petroleum-derived fuels is also resumed, a pending task for the Government that in the past General Budgets tried to implement a diesel tax that it ended up raising during the parliamentary negotiation.

This special tax reform is fixed for a shorter period, before 2030. In this period, the document also raises other tax modifications that the Government has to address. The first of these points is the review of tax benefits, a commitment made by the Executive in the recovery plan that has been sent to Brussels. “Greater scrutiny of tax benefits is required, maintaining only those that follow principles of effectiveness, efficiency and equity,” the document states. “From a criterion of horizontal equity, the current objective estimation systems by modules or coefficients in personal income tax, which do not have equivalents in the reference countries, should move towards tax systems based on real income, maintaining simplicity and ease of management that they suppose “, remarks. The digitization of tax management can contribute to this objective.

Another point refers to “rationalizing corporate taxation and promoting its international harmonization.” The first measure that he points out corresponds to eliminating tax benefits that apply to Corporation Tax, “which end up skewing its burden towards small companies and traditional and less mobile sectors.” “Spain should promote in the EU the implementation of the Consolidated Common Tax Base system of the IS, as well as a multilateral solution to tax large digital services companies and the implementation of a minimum effective rate in the IS”, the document states.

The ‘Spain 2050’ plan affects the need for a “comprehensive” reform of taxes on income, wealth and inheritance and donations, in order to eliminate tax incentives in favor of investment in assets related to real estate assets , increasing the effective taxation of capital and reinforcing its contribution to progressivity. Recently, the OECD has called for promoting the use of inheritance and gift tax as a tool against wealth imbalances in developed economies. The document presented this Thursday stresses that the “undesirable tax competition” strategies of the autonomies “undermine the collection and progressive scope of these taxes.”

The rest of the measures that must be proposed until 2030 point to a greater and efficient fight against fraud and an increase in training and tax knowledge of citizens, which includes the implementation of these contents in compulsory secondary education.

Looking ahead to 2050, the plan focuses on other necessary reforms. The first one proposes “reconsidering the bases and types” of taxation on work in personal income tax, to adapt it to technological change. Thus, if this change relatively benefit the owners of capital as has occurred to date, the document proposes “to update the tax on capital to tax their returns more intensely.” For example, the document points out, the tax burden on non-productive income associated with technological change could be increased (eg, those derived from the exercise of market power by digital platforms), something that would not have to be a source inefficiency, given the non-productive nature of these returns.