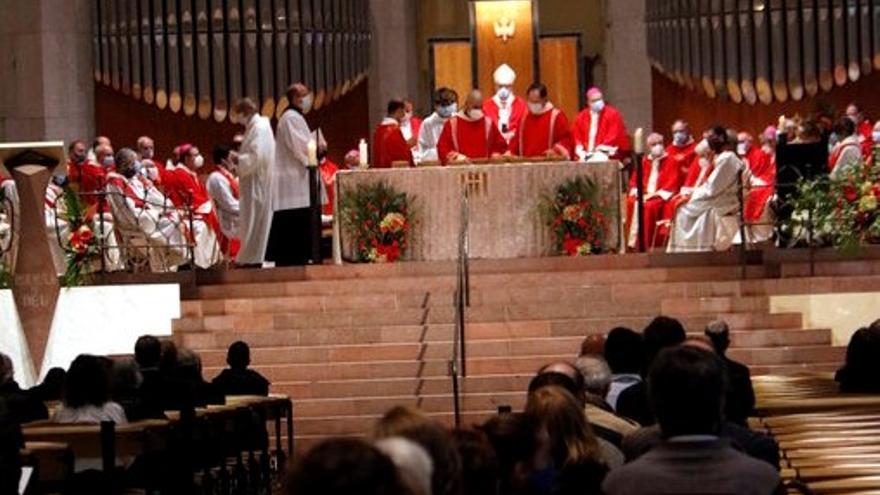 The General Directorate of Religious Affairs, which belongs to the Department of Justice of the Generalitat, has proposed limiting the capacity for religious events to a hundred people. The decision is taken this Monday to the Procicat, the body in charge of managing the pandemic in Catalonia, after the controversial beatification on Saturday at the Sagrada Familia in Barcelona with more than 500 people.

Justice has reported that his proposal wants to avoid “new mass concentrations” such as that of the Sagrada Familia, which raised multiple criticisms despite complying with the current restrictions regulations, since there was less than 30% of the capacity.

The Department of Justice, through Religious Affairs, has transferred its discomfort to the Archdiocese of Barcelona for what it considered a “disproportionate and untimely” concentration of people in the beatification on Saturday.

The Vice President of the Government, Pere Aragonés, had already pointed out this Sunday in an interview with ‘Catalunya Ràdio’ that the criteria should be reviewed when it comes to large churches that congregate hundreds of people. The Department of Health, for its part, announced the opening of a file to find out if all the protection measures were really met. “Although it met all the requirements, it was not the time to do it, we are asking people to limit mobility as much as possible and this celebration could have been postponed,” said Marc Ramentol, Secretary General of Health, at Rac1 on Monday.

The event was attended by the General Director of Law and Legal Entities of the Generalitat, Xavier Bernadí, as well as the Deputy Mayor of the Barcelona City Council Albert Batlle and the commissioner of Intercultural Dialogue and Pluralism Religion of the city council, Khalid Ghali.