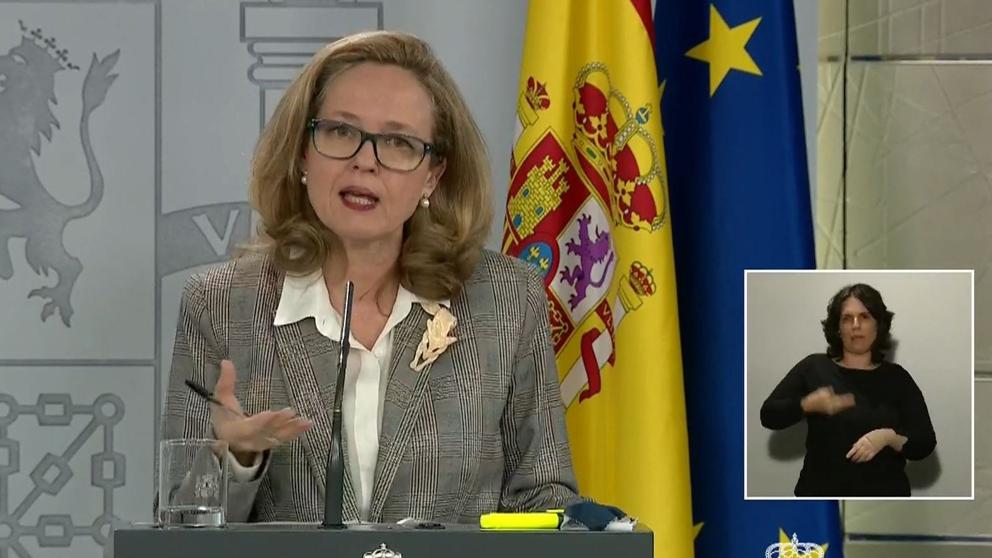 In this unprecedented braking of the economy, the Household employees They are again the weakest link in a very precarious labor market, since they are the only contributors to Social Security who lack the right to unemployment benefit. Yesterday, the Vice President and Minister of Economic Affairs, Nadia CalviñoHe admitted that they are already analyzing how to provide coverage to “more vulnerable” groups and explicitly pointed to domestic workers, people who care for dependents and the unemployed who have exhausted all benefits.

This was one of the most outstanding issues in the Calviño meeting with the maximum representatives of CEOE, Cepyme, CC.OO. and UGT, in which the ministers of Labor, Inclusion and Social Security, Industry, Transition and Agriculture also participated. “We have agreed to start working on groups that have been left out of previous programs; it is very green ”, point out government sources.

A few days ago, the Ministry of Labor already assured that they were analyzing formulas to alleviate the new difficulties that threaten domestic workers – 96% are women, more than 400,000 contribute to Social Security. In any case, it is not clear how this aid should be articulated. Another official source indicates that it is about to decide whether it could be granted through the Public Employment Service (SEPE), a temporary Social Security benefit or even an advance of the minimum vital income for all of Spain in which the Government works.

Yesterday, groups in defense of domestic workers demanded a government benefit such as unemployment and exemption from paying quotas for families affected by the crisis.

The vice president also showed her commitment so that the workers who are still active have security teams, as the unions have requested. “We demand compliance with security protocols in all productive activities or their cancellation,” they said in a joint statement CC.OO. and UGT.

Despite their opposition in recent days, Calviño also admitted that they are analyzing how to give more coverage to those affected by the pandemic who live on rent, after the postponement of the payment of fees approved last week. Government sources point to the adoption of much more limited measures and insist that “the casuistry is very complex.” In the late afternoon, the minister of the branch, José Luis Ábalos, announced that they are considering various options and that they hope to approve the final proposal in the next Council of Ministers, which may be held this Friday.

As for the delicate economic situation, the vice president acknowledged that activity “has slowed down significantly.” At the same time, Calviño took the opportunity to defend the need not to reduce further activity to be in the best situation when the economy rebounds, once the coronavirus crisis is over. “It is key to avoid the closure of companies so that there is no structural impact on the recovery,” he concluded. We must ensure that “Spain does not stop.”

The vice president stressed the highly restrictive nature of the measures already approved to combat the spread of the virus. And he rejected the idea of ​​proceeding to a “total closure”. Thus, he stressed that “all economic activity is being oriented to priority areas”, such as health care, the agri-food sector or the provision of basic services. For a hospital to function, he said, the chemical and pharmaceutical industries, transportation, so that staff can go to work, or the textile industry for the necessary material, must work. He also rejected the closing of the stock markets and defended the measures already adopted to combat market volatility.

Likewise, he indicated that today the Council of Ministers plans to specify how the public guarantees will be so that the bank grants some 117,000 million in loans to freelancers and companies. It only advanced that it will be retroactive.