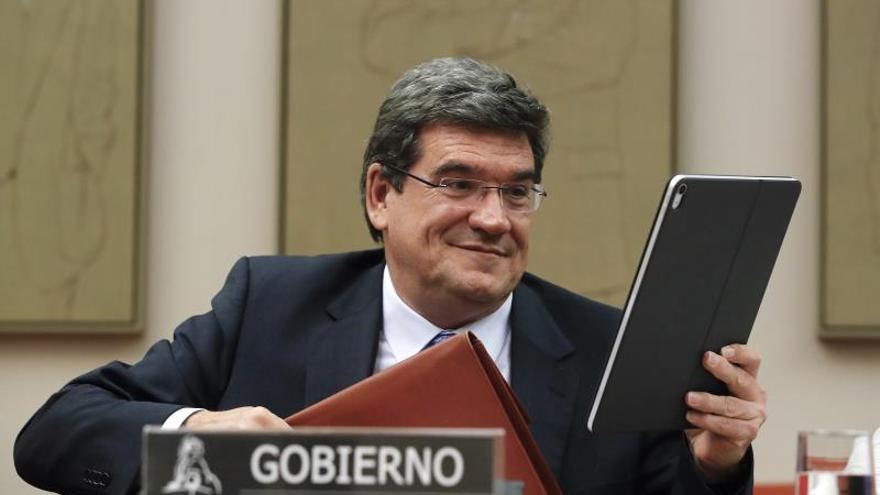 The negotiation of the ‘Intergenerational Equity Mechanism’ (MEI) has already begun. The social dialogue table between Social Security and social agents have started with an “initial approach” to this instrument, explained in the Ministry led by José Luis Escrivá, who is in charge of replacing the “sustainability factor” of the reform of the PP. This approach consists of increasing the social contributions paid by companies and workers for a few years with the aim of creating an income cushion for the retirement of the so-called baby boomers, according to the draft that elDiario.es has had access to.

The pension social dialogue table, with the majority unions and employers, met this Tuesday afternoon and, finally, the Government has addressed the intergenerational equity mechanism, which seeks to guarantee the sustainability of the pension system in the next few decades before the increase in the number of pensioners (and spending on pensions) that will take place with the retirements of the very large generation of the ‘baby boom’.

“An initial approach on the Intergenerational Equity Mechanism was brought to the Social Dialogue Table for pensions this afternoon, which proposes, as has always been indicated by the Ministry, a contingent, temporary and balanced tool”, they limit themselves to affirming from Social Security. “There have been many constructive contributions and it is being negotiated”, they point out. The social agents have been summoned again next Monday, to continue negotiating.

An income “cushion” for the ‘baby boom’

The initial idea proposed by the Ministry consists of an increase in the social contributions that companies and workers contribute for ten years, with the aim of forming a cushion of income for the retirement of this large generation, which is expected to stress the system to as of 2030.

The Government’s approach is that this additional contribution (of 0.5 percentage point) will start from 2023 to 2032 and that the money collected be used for the Social Security reserve fund, better known as “the pension money box” .

November 15 has to be ready

The Executive promised to incorporate the intergenerational equity mechanism that will replace the repealed PP sustainability factor in the first block of the pension reform before November 15. He will add it via amendment to the bill that is already being processed.

With this period of time, the social agents were getting impatient with the limited margin for negotiation. Finally, this Tuesday the Government has brought a first approximation to the table.