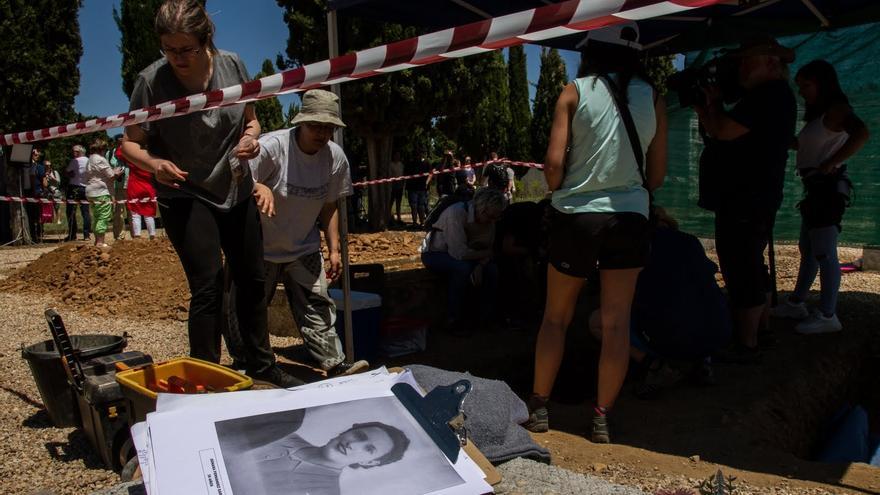 The Council of Ministers has given the green light this Tuesday to the draft of the new Democratic Memory Law, which will replace the one approved in 2007 by Jose Luis Rodríguez Zapatero. The Government is thus promoting some of the historical demands of memorialist associations and international organizations, which have demanded progress from Spain in the matter, and represents a new roadmap to correct and repair the human rights violations of the Franco regime. The text provides, among other things, the activation of a state plan for the exhumations of graves, the creation of a Prosecutor’s Office to investigate the crimes of the Civil War and the dictatorship or the “resignification” of the Valley of the Fallen.

The law, which consists of 66 articles, is an “important step for this Government”, said Carmen Calvo, Vice President and Minister of the Presidency, Relations with the Courts and Democratic Memory, at the press conference after the Council of Ministers , but above all “important for Spanish democracy”. This is a battery of measures aimed at alleviating the gaps in our country in the search for truth, justice and reparation for the victims, and which the United Nations has been pointing to for years. For this reason, it supposes a “commitment to homologize our democracy with the strict defense of human rights”, Calvo added. However, the text now has a long way to go: it must be sent to the advisory bodies before returning to government again and starting its journey in Congress.

The plan is to touch on a good part of the points that were left aside in 2007, among other things, the official assumption by the State of the opening of thousands of graves and identification of the remains of victims through the implementation of a state exhumation plan. In other words, the Administration will be responsible for searching for the remains of thousands of reprisals, most of them still unidentified, which makes Spain one of the countries with the most forced disappearances in the world. A National DNA Bank will also be created, in the style of those that already exist in some autonomous communities, and a “census” of victims. According to the text, advanced by InfoFree and The newspaper, the State will be responsible for the genetic tests to identify the exhumed remains and will participate in their delivery to the next of kin.

The objective of the norm, Calvo has specified, is twofold: on the one hand, “the defense and knowledge of our democratic past” and, on the other, the “recognition, reparation, justice and dignity for the victims; for our compatriots who they fought against fascism and many lost their lives in an ignominious way that democracy cannot forget. ” The vice president has called for it to be a norm “supported by all” because “it is a law to find ourselves” and has announced that in the development process it will count “in a very main way” with families and associations of historical memory.

Calvo has highlighted the “pedagogical” intention of the norm, since it foresees its inclusion in the curriculum of Compulsory Secondary Education (ESO), Baccalaureate and teacher training under the paradigm of “never again”, has illustrated. “Never again should Spain lose its freedoms. Now we have to deepen democracy, improve it as much as possible and pass it on to future generations.” The law “has to do with the past,” he remarked, but also “has a lot to do with the future.”

The “resignification” of the Valley of the Fallen

The creation of a Prosecutor’s Office for the investigation of the events that occurred in the Civil War and the dictatorship until the entry into force of the Constitution and that constitute human rights violations is another leg of the new norm. This Prosecutor’s Office will also be in charge of promoting the search processes for victims and will promote the registration of their deaths in the Civil Registry. The reparation of the people who carried out forced labor or the realization of an audit of the assets seized for political, ideological or religious reasons during the war and the dictatorship are two other elements that the new regulation will face.

The law also declares “illegitimate” the courts formed during the Civil War responsible for persecution and reprisals for religious, political or ideological reasons and annuls the sentences and sanctions issued for these same reasons during the dictatorship. It also provides for the suppression of titles of nobility, decorations or honors that represent the exaltation of the war or Francoism and the possibility of revoking police medals such as those of the former Francoist police officer, accused of torture, ‘Billy the Child’, passed away last May.

The norm will also serve to outlaw foundations or associations that defend Francoism, a measure that could have consequences for the Francisco Franco Foundation, and will go on to consider the Valley of the Fallen, from where the dictator was exhumed almost a year ago, “a place of memory “, which will imply its” resignification “. In this sense, it will abolish the Foundation of the Santa Cruz del Valle de los Caídos and will end the power that the Benedictines have over Wall Hangers and, consequently, with its annual economic allocation from the Heritage. In it are still buried the remains of victims of the dictatorship that their families are still fighting to exhume after the works were authorized a year ago. The regulation explicitly refers to these cases and assumes that the claims will be addressed.