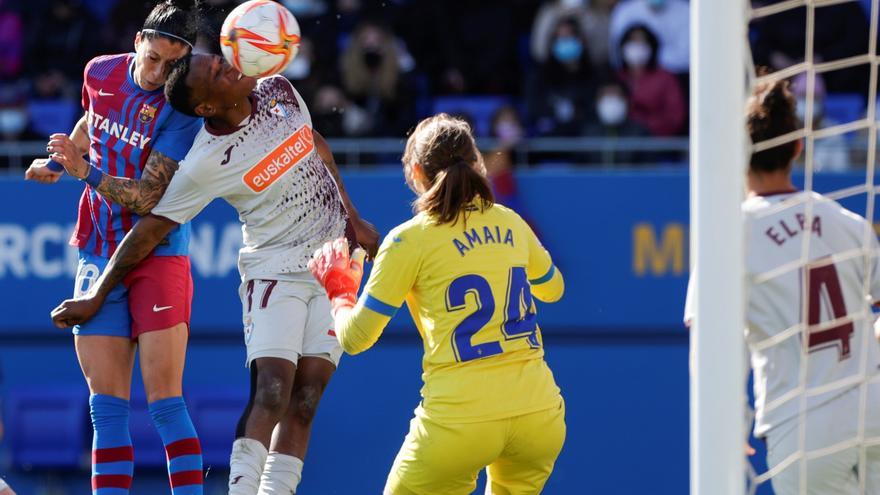 The Higher Sports Council plans to convene at the end of this month the directive commission that will approve once and for all the statutes that will regulate the first professional league of Spanish women's football.

An a priori appointment of a bureaucratic and administrative nature that the Government of Pedro Sanchez plans to remove the offices of the CSD from its natural environment, to turn it into a big act. The objective is to make visible the transversality of the agreement with a drive image of the agents involved.

"We want a photo in which everyone is", explain the government sources consulted by El Periódico de España, newspaper of the same group, Prensa Ibérica, as this newspaper. The idea is to invite players, coaches and presidents or representatives of clubs and institutions linked to women's football to a big family photo that reflects the historical importance of this landmark.

The forecast of the Government is to carry out this call once the Winter Olympic Gameswhich are held in Beijing until October 20, with the aim that these two events are not subtracted leadership each.

"Once the agreement between clubs has been reached, which has been difficult, the formal approval of the statutes is not in an excessive hurry, since they will come into force in practice for the next season. It is better to wait for the right moment", they argue from the Government to explain the tranquility in completing the process.

The final summons is also pending the restructuring of the public agenda of the president of the CSD, Jose Manuel Franco. The highest political authority in Spanish sport tested positive for Covid-19 last week and has had to postpone several face-to-face commitmentsin addition to canceling his trip to Beijing to clothe the Spanish Olympians.

In this way, a process that began on June 15 of last year, when the CSD's executive committee approved the professionalization of Primera Iberdrola, turning it into the fourth professional league of Spain after the men's First and Second football and ACB basketball.

The CSD, as a next step, demanded that the 16 clubs that were contesting the competition this season put on their table a only proposal of Statutes. 12 of these entities agreed on a text, while Barcelona, ​​Real Madrid and Athletic presented a joint alternative proposal and the Madrid CFF stood aside.

Those 12 clubs, under the umbrella of the Association of Women's Football Clubsclaimed that they represented a very qualified majority (75%) and that, therefore, his proposal should be the prevailing one. The CSD, however, demanded unanimity and urged the 16 clubs to agree.

"We cannot allow the toxic cloud that surrounds men's football is transferred to women's. If this project is born wounded, it will end up being bad for everyone. Our obligation, oblivious to all kinds of pressure, is seek consensusdefended the CSD during the long months of confrontation between clubs.

The 16 clubs reached a final agreement on the text of the statutes after the Christmas holidays, after months of misunderstandings and with assignments to the three unruly clubs in terms of asset marketing. Once the CSD received the proposal, it began the procedures to request a non-binding report from the RFEFsubmitted last week.

The institution he presides over Luis Rubialeswhich continues to assume during this season of transition the organization of the First Iberdrolahas made several objections to the text agreed by the clubs. From the RFEF they prefer not to give specific details about the content of their discrepancies out of respect for the recipient of the report, the CSD.

Once the statutes have been approved, the priority task will be to create a new institution that manages the competition, in the image of The league, and appoint a president. The will of the Government, publicly expressed by the Minister of Culture and Sport, miquel icetais that the new league is chaired by a woman.

Once this process is completed, another two of great importance for the competition will be opened. One of them is the negotiation of a new collective agreement with the unions (with Futpro as the new majority central), which replaces the one agreed in the summer of 2020.

injection of €31 million committed by the CSD will facilitate an improvement in the conditions of soccer players, whose current minimum salary is 16,000 euros per year gross, with a bias of 75%. In practice, this implies a salary of 12,000 eurosless than Minimum Interprofessional Salary.

The other urgent matter that can be dealt with shortly will be the sale of the television rights of the competition that ends with the semi-blackout experienced by Primera Iberdrola during this transition season.

At present, only one game per day can be seen on conventional television (by Teledeporte), thanks to the agreement reached by the RFEF with RTVE, to which only Barça, Athletic, Real Madrid, Alavés and Madrid CFF.