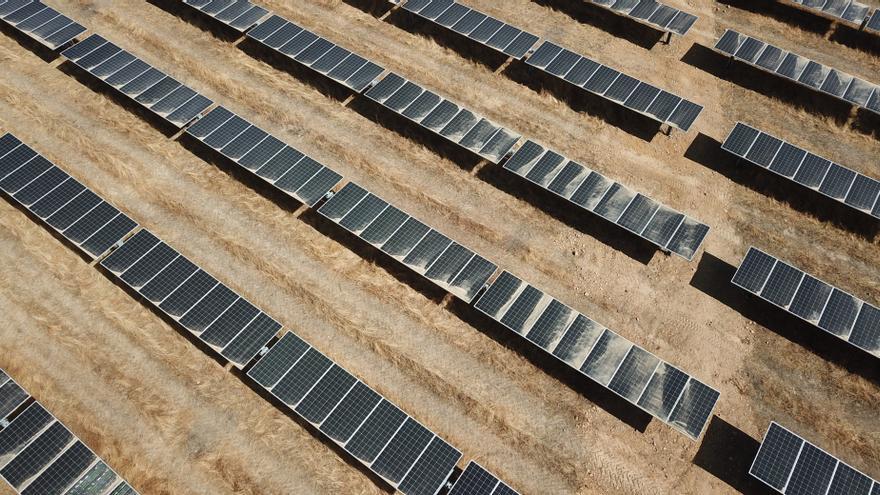 The Government plans to auction a minimum of 19,440 MW of renewable energy until 2025, of which at least 3,100 renewable megawatts (MW) will be launched this year, according to the ministerial order that the Ministry for the Ecological Transition has released this Friday to public information for launch the auction calendar that the Council of Ministers approved last Tuesday to promote the massive installation of these sources of electricity generation.

The text that is going to be sent to the National Commission of Markets and Competition (CNMC) for its mandatory report establishes an indicative calendar for the allocation through these auctions of the new Economic Regime of Renewable Energies (REER), indicating the minimum volumes of accumulated power for each technology in the period 2020-2025. A first auction is planned for December of this year to award that minimum of 3,100 MW. At least 1,000 MW will go to wind power, another 1,000 MW to photovoltaic and 80 MW to biomass. The rest is in principle without technological restriction.

It is an indicative calendar, which can be reviewed year by year and whose achievement will depend, among other factors, on the results of each auction and compliance with the Executive's energy roadmap set out in the National Integrated Energy and Climate Plan (PNIEC) . These volumes associated with auctions, which represent around 70-80% of the PNIEC's objectives for each technology, "will be complemented, where appropriate, with those derived from other instruments to support renewables that may be established using other financing schemes, justified by budget availability, technological maturity, cost structure or any other specific characteristics of the technologies ", indicates Transición Ecológica.

The auctions, which the large electricity companies question, seek to facilitate the massive deployment of these technologies by offering investors (especially those with less financial muscle) a visibility of income that allows them to reduce the cost of financing these projects. The auctions are complementary to other promotion instruments, such as lines of aid for investment in renewables financed by the European Regional Development Fund (ERDF), executed by the Institute for Energy Diversification and Saving, or contracts for the supply of medium and long-term electric power (PPAs) that can be signed by developers with large consumers. In addition, there may be facilities that can go directly to the market. And others that are installed through self-consumption systems.

The resolution by which each auction is called may establish additional requirements and conditions applicable to the commitments acquired by the project with the territory, the estimation of its impact on local employment and on the local, regional and national industrial value chain, as well as, in the field of circular economy, the measures contemplated in relation to the treatment of equipment at the end of its useful life.

With the aim of "optimizing the integration of renewables in the system and maximizing savings for the electricity bill", it can be established that the price resulting from the auction is corrected with incentives for the successful bidder to participate in the market, introducing certain exposure of the facilities at the price of the electricity market. The order establishes the market adjustment percentage at 25% for the most mature technologies with the capacity to manage their production level and at 5% for those without such capacity.

As in previous auctions, a guarantee system is established to link the successful bidders to the start-up of the project. The guarantee will be 60,000 euros per MW awarded, in addition to the 40,000 euros that every project must deposit to guarantee access to the grid. Of those 60 euros per kilowatt, 12 euros will be linked to the identification of the installation within a period of six months after the award. 18 euros, to the administrative authorization of construction in twelve months by the regional or state authority, depending on the characteristics of the plant. And the remaining 30 euros, upon registration in the facilities register.

The order will make it possible to call auctions for renewable facilities formed by one or more technologies (hybridization), allowing storage as long as it is used to manage the energy produced by the facility itself. After approval, each call will be specified by resolution of the Secretary of State for Energy, which will be published in the BOE and will detail the rules of application in each auction.

The product to be auctioned will be the installed power and the participants will bid the price they are willing to charge for the energy generated by the installation. The support mechanisms may include several differentiated products aimed at different technologies or sets of technologies distinguishable by their specificities. Within each product, minimum product reserves may be established to be awarded to one or more technologies.

The approval of this order and the subsequent implementation of the mechanisms to support the deployment of renewable energies seek to "offer a stable framework that attracts investment and encourages economic activity throughout the country's renewable energy value chain in a recovery scenario after the health crisis, while allowing consumers to benefit directly from the reductions in the generation costs of these technologies, "according to the ministry.

Ecological Transition points out that the new REER is essential to comply with the decarbonisation commitments that Spain has acquired in the Paris Agreement and as a member state of the European Union. These commitments have been planned in the PNIEC 2021-2030, which foresees the installation of around 60GW renewables in the next decade and which foresees the development of this type of auctions. The objective is to allow the massive deployment of these sources, taking advantage of their potential in the economic reactivation and transferring to all consumers the savings that they already allow thanks to the spectacular decrease in the costs of technologies such as photovoltaics, taking advantage of the experience with auctions in other European countries like Portugal or Germany.