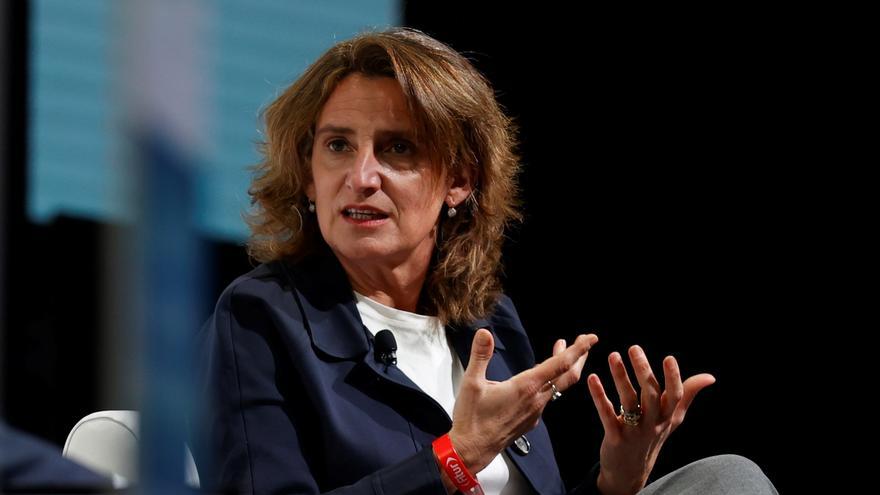 One of the criticisms of the opposition to the aid package approved by the Government for the effects of the war in Ukraine they point out its "short" duration, of three months, until the end of June. However, the Executive is open to extending them beyond this date, as confirmed this Friday by Vice President Teresa Ribera and the Minister of Social Security, José Luis Escrivá. The aid "can be maintained or improved or changed" depending on how circumstances evolve, Ribera pointed out.

In an interview at SER, and asked if it will be necessary to lengthen fuel subsidies beyond June 30, the Third Vice President and Minister for the Ecological Transition has explained that the measures adopted by the Executive can be extended, adapting to the circumstances and context of each moment.

“Could it happen that support is needed beyond these first three months for the acquisition of fuel? It's possible. Will we have to think about whether this is the most appropriate system or if we have to specify the type of aid more? It will depend on how prices evolve, the impact on families and the success in the way in which this accompaniment is carried out, ”said Teresa Ribera, according to Europa Press.

“You have to be open” to extensions

In the same sense, the Minister of Inclusion, Social Security and Migration, José Luis Escrivá, has spoken from Alicante, who has assured that "we must be open" to having to extend the agreed aid beyond June 30. Within its powers, the Executive has approved an increase in the minimum vital income (IMV) of 15% for the next three months. NGOs and unions have welcomed the measure, but have considered it "insufficient" over time, as well as demanding more aid for other "vulnerable" people with very low incomes who do not receive the state minimum income.

Until June 30, other draft measures are also extended for the moment, as the cap on rent increases, set by the Government at 2%.

Like Ribera, Escrivá has emphasized the need to adapt the Government's response to the context of each moment: “We have to monitor the impact of the measures. As we did in the pandemic, when every three or four months we reassessed the situation and we were adjusting the ERTE and the benefits of the self-employed.

"This government has clearly shown that it is going to be deploying measures very quickly so that those affected, before by the pandemic, and at this time by the effects of the war on prices and the economy, are truly protected," he said. Escrivá emphasized in an interview on À punt, the Valencian public television.

This Thursday, the Minister of Finance, María Jesús Montero, avoided leaving the door open for the measures against inflation to have to be extended until the end of the year in the face of questions from journalists. However, she did advance that the Government has made a calculation regarding what it would cost to maintain throughout this year the tax reductions on the electricity bill that affect, among others, VAT and Special Taxes.

The Treasury estimates that since they were implemented last summer until next June, when the decree approved on Tuesday expires, it will have cost some 7,000 million in lost public revenue. The figure would rise to 12,000 million if they were extended until the end of the year. These figures, the minister recalled, depend on the price of electricity, so, for the time being, they are estimates.

This information has been compiled by Laura Olías, Diego Larrouy and Antonio M. Vélez.