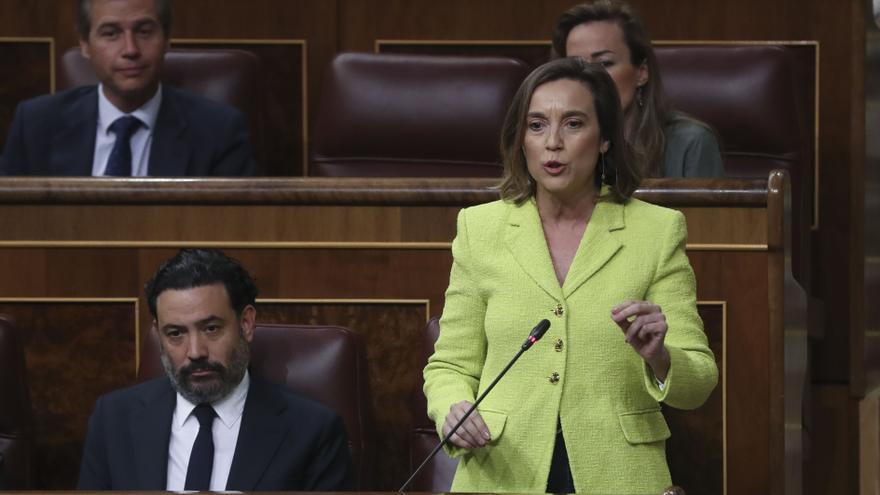 There are approximately 24 hours left for one of the most important votes for the Government. One more. The validation of the royal decree law with measures to mitigate the economic and social consequences of the war of Ukraine hangs by a thread. The parliamentary allies of the coalition government defend its content, but the scandal of political espionage against pro-independence politicians, activists and lawyers leaves their support up in the air. Both ERC and EH Bildu demand clear action against the use of Pegasus by the CNI that goes beyond the activation of the official secrets commission. Faced with the real possibility that the decree law declines, Pedro Sánchez has activated option b: seek the support of the PP.

Margarita Robles, before espionage: "What does the State have to do when someone declares independence?"

The Minister of the Presidency, Félix Bolaños, began this Wednesday a round of meetings with the different parliamentary groups. The Government needs more yeses than noes in the vote on Thursday, so even a sufficient number of abstentions could allow the approval of the royal decree law only with the favorable votes of PSOE, United We Can and some other minority group. But if the ERC, Bildu and even the PNV, who have assured throughout the morning that they have not decided their vote, vote no, the participation of the PP becomes essential.

In Alberto Núñez Feijóo's party they are willing to support the Government, but in exchange for Sánchez assuming some of the measures that the PP proposes in the document that he sent last Friday to Moncloa and that, for the moment, has crashed with the not from the government.

Feijóo has appointed the deputy secretary and Andalusian counselor Juan Bravo as economic interlocutor with the Government. Sources from Genoa confirm that the first contact with the Minister of Finance, María Jesús Montero, took place on Tuesday night. Also this Wednesday Bolaños plans to meet with the spokesperson and general secretary of the PP, Cuca Gamarra.

From the national leadership of the PP they maintain that the Government "wants an abstention in exchange for nothing", while they are willing to vote yes if they accept part of their proposal. "Now they are the ones who are saying no to President Feijóo's proposal," settle the same sources.

ERC, PNV and Bildu, in the air

The usual allies of the Government have questioned their support for the royal decree law during the control session this Wednesday. President Sánchez has asked the ERC (the largest partner with 13 deputies and one of the main objectives of the CNI espionage) to return to dialogue and has assured that the actions of the State intelligence services have been carried out within the law .

But the responses from the Minister of Defense, Margarita Robles, in addition to the refusal to give explanations about the espionage beyond the official secrets commission, has put the pro-independence and nationalist parties on guard. The 24 votes of Republicans and Basques (PNV and EH Bildu) are up in the air. "Confidence is broken and this puts governability at risk," said Basque deputy Jon Iñarritu, one of those spied on. Also those of Junts or other minority parties, such as the BNG.

Thus, in just a few weeks the Government has seen how the validation of a decree law that includes, for example, the 20 cent discount on fuel, the extension of the minimum income or the energy social bonus went from being something done to depend well on parliamentary investigation of what happened at the CNIincluding the resignations of the director of the center or Robles herself, as they have demanded from ERC; good for assuming the massive tax cut proposed by the PP, and that the Executive has repeatedly denied with the reports of the IMF and the European Commission in hand, as Pedro Sánchez has done again this Wednesday. And there are less than two months left for the Andalusian elections.