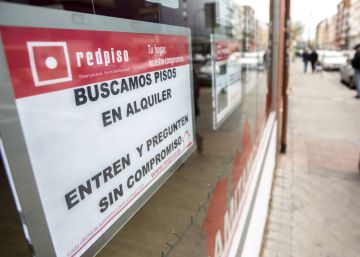 The Government refuses to copy the freezing of the rental price applied in Berlin, that last week passed a law to cap rent for five years with the aim of curbing speculation in the housing market. But "things do not apply directly from Berlin to the city of Madrid, because they are two completely different markets," said Wednesday Helena Beunza, acting secretary general of Housing at a breakfast organized by Europa Press.

Beunza believes that the first difference is that "the rent ceiling in Germany and France is framed within a legal model in which rental contracts are indefinite, and they are working with indexes for many years, indexes that are born for that the landlord could update the price of the tenant, "he warns. "We can not think that we are going to get an index in Spain and the next day we will have a controlled market that, in addition, is not professionalized," he said. In Germany, 50% of the rental market is in the hands of institutional investors and "it is easier to sit down with them and be able to deal with these issues". In Spain its weight barely reaches 5%.

Therefore, "the measures must be completely different," according to Beunza, however, does not close to "analyze and treat all measures" within a State pact for housing among all political forces that approves the first law state of the history in the matter and that generates a stable frame that lasts, at least, 15 years.

Several experts and entrepreneurs of the real estate sector have shown your refusal to limit the rental price proposed by Podemos Podemos and that has been applied in Berlin. All agree that the owner would be discouraged and the black market would be encouraged. Although they do recognize the effectiveness of the measures applied in the city of Vienna, where the city council limits the price of the apartments of its ownership, those that it has bought with the municipal budget.

Apart from the debate about freezing prices, Beunza has put in value the work that the Government is already doing in terms of rent. "Packages of measures have been approved to make the offer more flexible and avoid tensions in prices". Among them is the Royal Decree Law of urgent measures for the rental market that the Government approved last March and that has extended the terms of lease contracts from three to five years and has limited the rent increase to the IPC. According to Beunza, the two great evils that were said that the Royal Decree was going to bring have not happened: "Neither has contracted the offer of flats for rent nor has it raised the prices". "From March to May of 2018, rents rose by 2.7%, according to data from real estate portals, while from March to May of this year they have grown by 1.9%, that is, prices have registered a decrease of almost 1%. "

The general secretary of Housing in functions has also highlighted the difficulty of working without their own budget and has appreciated that, despite this, the public company Sepes is developing its public assets for the construction of affordable rental housing, whose management and rights of surfaces would go to private companies. Among other measures, Beunza has affirmed that the Government intends to increase the legal security of the sector, facilitate the modification of the urbanization plans or create a technical table with the third sector. Aemás has stated that the government is finalizing a plan for the ICO to finance neighborhood communities for the rehabilitation of buildings, a project that could be extended to other fields in the sector.